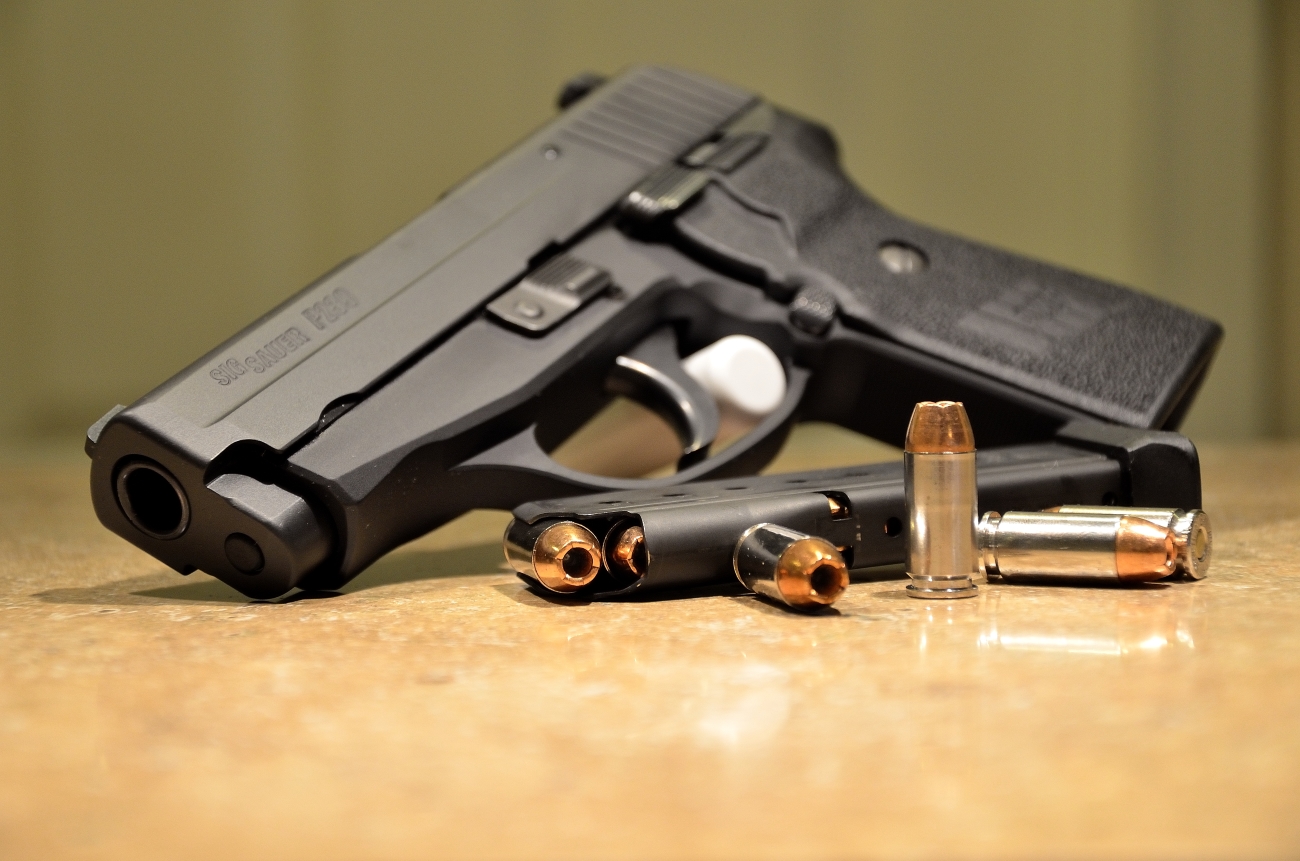 A Springfield, Missouri mother and her husband discovered the reality of why it is important for men and women to be armed for protection of themselves and their loved ones on Sunday evening. The husband was armed and able to confront a knife-wielding man who was attempting to assault his wife. Now, they are attributing the right to keep and bear arms, which is protected under the Second Amendment, to saving their lives.

The couple had pulled into a gas station to fill their car up. As Katie sat in the car with their four children, her husband Matt stepped out to pump the gas.

That’s when 42-year-old David Middleton allegedly walked up to the car and in an attempt to lock the doors of the car, Katie accidentally rolled the window down. The man then opened the door and brandished a long knife at her as he leaned inside the vehicle.

Frightened, Katie began to scream for her husband to get his gun.

Matt drew his Beretta handgun and aimed it at Middleton as he called 911.

“He said ‘You’re lucky he has a gun,'” Claxton said. “And then he shut the door and started to back away.”

However, Middleton slowly walked away, but that wasn’t the end of the story. According to police and the Claxton’s who followed him in their car, Middleton began walking down the street, attempting to get into other cars parked on the side of the road.

According to the Springfield News Leader:

According to the probable cause statement, Middleton told police he was paranoid and believed the vehicles in the Rapid Roberts parking lot were sent by his cousin to do surveillance on him. He allegedly said he leaned into the Claxtons’ vehicle to tell them to stop following him.

Middleton said the reason he tried to get into other cars on Sunshine Street was to get help because he was concerned about having a gun pointed at him, according to the statement.

In other words, the man is either mentally ill or lying, or both.

“You don’t go out looking for trouble,” Claxton said. “But if trouble comes knocking, you’re there to answer.”

Police later arrested Middleton and charged him with two counts of unlawful use of a weapon.

“Our Second Amendment right to carry is what saved our lives,” Claxton said. “If we didn’t have our right to carry, I feel like we wouldn’t be here today.”

No one was harmed in the incident, but the four children are trying to understand what took place. Claxton posted about the incident on her Facebook page to warn others in case Middleton was freed from the Greene County Jail before charges could be filed.

Well done Mr. Claxton! Not only did you stop a man from seriously hurting or even killing your family, but you stayed the course and followed him to make sure he didn’t hurt anyone else. That is a courage that is to be commended.