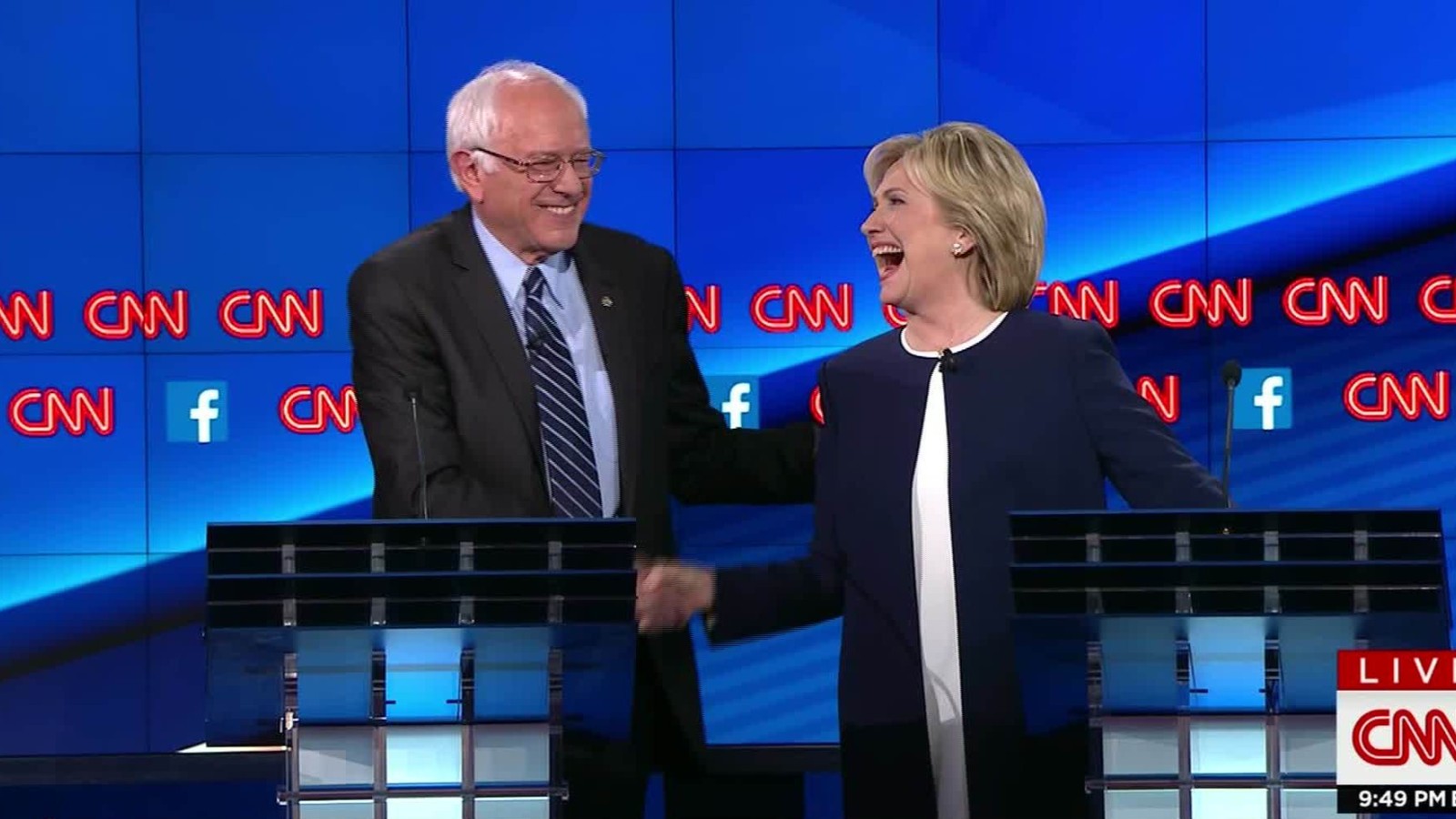 (Freedom.news) There is a lot of rhetoric being tossed around these days as a plethora of presidential candidates vie for your adoration and affection or, barring that, at least your vote.

Getting that vote is going to be tough enough, as noted by a recent survey from Gallup, which found that loyalty to both the Democratic and Republican parties is at or near historic lows. That is likely one of the major reasons why “outsider” candidate Donald Trump is leading in the Republican presidential polling and why Sen. Bernie Sanders, an “Independent” who is a self-described socialist, is closing in on establishment fav Hillary Clinton for the Democratic nomination.

There are plenty of unknowns regarding Trump, to be sure, and he’s been less than forthcoming when it comes to specific matters of policy. But neither he nor any of the Republican candidates have promised to confiscate more of your wealth so they can give it away to certain groups of constituents.

However, Sanders and Clinton have, and that ought to concern any hard-working American who is trying to make it in an increasingly tough economy brought about largely by the policies of the current Democratic occupier of the White House, with no small amount of assistance by an all-too-willing GOP congressional majority.

More: Obama AND Congress are both responsible for Americans’ loss of freedom

To Sanders, practically everything ought to be free, but of course nothing actually is “free;” someone’s got to pay for it. He advocates a massive tax on “the rich,” but two things will happen if that insanity ever becomes policy: “The Rich” as he defines them will flee the country and take their wealth with them; and the national economy will tank, like it has in other socialist paradises like Venezuela and President Obama’s new favorite country, Cuba.

Clinton has taken a more nuanced approach, but it still amounts to theft as well as a punishment for being successful – something she will call a “Fair Share Surcharge,” according to Newsmax.

An aide to her campaign said the tax will be imposed on Americans earning over $5 million a year, which amounts to about two out of every 10,000 taxpayers, and would only raise about $150 billion over a decade, a pittance compared to $4 trillion annual budgets and the $20 trillion in debt Barack Obama will leave the country with.

So why do it at all? Because to a certain political demographic theft of another person’s success sells (call it the “Fear, Jealousy and Loathing” faction).

But Clinton wouldn’t stop there. Like Obama before her, she’d eventually begin to ratchet down the amount of annual salary that she says constitutes “rich” (for Obama, you may recall, that figure was $250,000).

In fact, Clinton’s tax plan is one only a billionaire like, say, Warren Buffett, could love.

[And for the record, think about it: Would affluent Americans like Buffett really support a government tax plan that confiscates a sizeable portion of their wealth for the purposes of redistribution, or would they just say so because they know they have the legal and financial wherewithal to avoid most of those new taxes? The uber-wealthy are never going to support a plan like that!]

The point is, why would we – why should we – ever back a presidential candidate who is promising to confiscate, by force, more of our private property (which our income certainly is) in the name of political patronage?

It’s easy to be jealous of others who are successful because that’s human nature, and shame on Hillary and Bernie and most other Democrats for preying on Americans in that way. But the fact is any presidential candidate who vows to punish successful people in a country whose founders adopted an economic model – capitalism – specifically designed to enrich as many of us as are willing to put in the work – should never make it out of the starting gate.

Wealth confiscation isn’t a “Democrat” or “Republican” thing, it’s a loss-of-freedom thing – the freedom to choose how to spend the money you earn, regardless of the amount.

Paying taxes – something all earners at all levels should have to do – is one of the few trade-offs for living in what was designed to be the freest, most opportunistic country in the history of the planet. Hillary and Bernie are the only two presidential candidates in 2016 who want to punish Americans for achieving the American Dream.