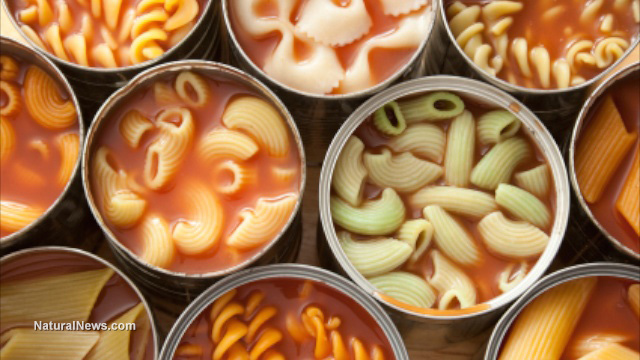 (NaturalNews) A big THANK YOU goes out to Campbell’s Soup Company for taking a step in the right direction and announcing GMO labeling for all their food products. All ingredients in Campbell’s food products that contain genetically modified organisms will now be labeled. It’s still unclear whether the labels will make distinctions on the kind of GMOs used, but one thing is for sure: customers are going to know which ingredients contain GMOs in general.

This is a huge leap of progress for food ingredient transparency and honest labeling. It is an important step for a free market that will have no choice but to adapt. To compete, more companies are going to have to be honest and label GMOs on their own products, because this is what consumers are wanting more of. Campbell’s is setting a fine example here, and their leadership will influence other companies to come out of the dark and start labeling the ingredients that are derived from genetically modified crops.

Remember, in July 2015 Campbell’s announced they would stop putting MSG in their children’s condensed soups, and committed to phasing out use of GM ingredients in their kid’s soup line. They also vowed to remove artificial colors and flavors by July 2018.

Transparency benefits everyone in the long run

When Americans pick up items at the grocery store and look at the label, they have no way of knowing if the ingredients came from crops specifically designed on the genetic level to possess insecticidal properties or herbicide resistance traits. With Campbell’s products, conscientious Americans will now have a general idea, as GMO ingredients will be labeled as such.

Campbell’s has also come out in support of a single mandatory labeling standard for foods derived from GMOs and will be seeking guidance from the USDA and FDA to make it happen. The company will be making a push for federal legislation to force companies to make sweeping label changes to declare GMOs. Companies have long argued against GMO labeling, saying that the new labels would cost consumers more in the long run.

Consumers know in their hearts that transparency will actually cost everyone less in the long run, because people can take the steps to avoid what’s not natural and protect their own health. For example, avoiding glyphosate-sprayed crops is essential for protecting one’s microbiome. As the conscientious consumer avoids untested GMOs, they avoid becoming guinea pigs for the biotech industry that has gotten away with decades of secrecy and chemical abuse of people and the environment.

Companies such as PepsiCo Inc. and Kellogg Co have long conspired with biotech juggernauts like Monsanto, spending millions of dollars to shut down legislative efforts for GMO labeling. GMO labeling ballot measures have been thwarted because these companies use their profit to block the consumer’s right to know what’s in their food.

Consumers are starting to see right through it all and believe that the profit could better be spent letting consumers know what they’re eating. When there’s transparency, there’s freedom, allowing consumers to decide what they want to put in their bodies. When consumers can make informed choices, then the marketplace can respond to what the democracy truly desires. Consumers can only vote with their dollars effectively, if they know what they are eating in the first place.

The state of Vermont became the first state to lead the way on the issue, mandating food companies to label GMOs. That law goes into effect July 2016. Federal legislation could force all companies in all states to make the changes right away. For the sake of consumer health, this could be an appropriate use of force from the federal government, but it might also create a generalized standard GMO label that doesn’t differentiate between the various genetic modifications and agro-chemicals that are used.