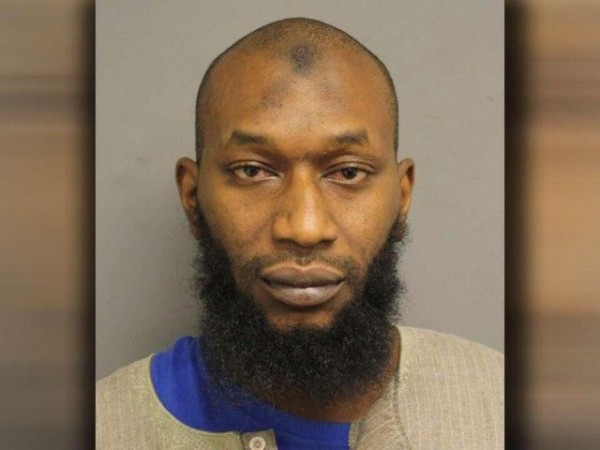 The Left-wing media was all over the story, portraying it as another instance of hate and intolerance in America. Until the truth came out, that is.

As noted by Breitbart News, it turns out that a fire set at a Houston mosque was not a hate crime, or at least, not one in the typically understood, politically correct sense. Rather than having been started by some right-wing, gun-toting, nativist white guy, the Christmas Day fire that devastated the mosque was actually started by one of its most devout followers, who just happens to be black.

And at that point, as Breitbart News’ media monitor John Nolte predicted, the legacy media dropped the story like a hot potato, because it no longer fitted the angry white conservative inspired to hate by Donald Trump narrative.

“Using surveillance video from other area businesses to identify the arsonist, Gary Nathaniel Moore, 37, was arrested and charged with starting the Christmas Day fire that devastated a Houston, Texas mosque,” Nolte wrote. “Moore is a devout Muslim who attended this same mosque for years, praying up to five times a day every day of the week.

“Also up in smoke is the DC Media’s hoped-for anti-GOP Narrative. Before any facts were known, numerous DC Media outlets immediately exploited the tragedy to place the blame for the fire on Donald Trump,” he continued.

After it was clear Trump wasn’t at fault … crickets

As he pointed out, several legacy media outlets jumped on the fire as a means of exploiting it for gain against its traditional political opponents. CBS News’ reporting was typical:

“Advocacy groups believe there has been a spike in anti-Muslim incidents across the United States in recent weeks that can be linked to the mass shooting in California and the inflammatory rhetoric of Donald Trump and other Republican presidential candidates. And they say that Muslims are fearful the backlash could lead to further harassment and violence.”

Apparently, Muslims should be more fearful of false flag attacks by some of their own.

But after it emerged that Moore was the primary suspect, all you heard from the legacy media were crickets.

“Breitbart News reported shortly after Moore’s arrest that the media immediately exploited the conflagration at the mosque to place the blame for the fire on Republican presidential candidate Donald Trump,” the news site noted. “The theory quickly went up in smoke upon the devout Muslim’s arrest.”

Other outlets – CNN and NBC among others – dropped the story after Moore was ID’ed. Completely off-the-rail Left-wing wacko site Salon.com even refused to change its very misleading headline after Moore was named, leaving “anti-Muslim violence” in, Breitbart reported.

When it doesn’t fit the Leftist narrative, the lamestream media couldn’t care less

The prediction by Nolte that “[n]ow that a devout Muslim has been charged, the DC Media will forget all about the incident” has been fulfilled. With the exception of the hometown paper, the Houston Chronicle, and a few other Texas media outlets, follow-up reporting on Moore, such as his court dates and so forth, have been ignored.

“The media’s playbook is always to immediately use any disaster or crime as a means to make the GOP answer for it. Then, once the facts come out and point to a member of the Protected Class, the story is memory-holed and the accusation against the Republican lingers,” Nolte wrote.

It’s true. Any mainstream Leftist position espoused on social and political issues by the legacy media is trumpeted and repeated loudly and often, but when stories fall apart – as when it was revealed that Ferguson resident Michael Brown did a strong-armed robbery right before he attempted to steal a cop’s gun and was killed for it – the legacy media clams up or shifts its focus.

This is why, in large part, the alternative media is flourishing – and expanding.

And for the record, since you may never read about it elsewhere, Moore is scheduled to reappear in court Jan. 20.