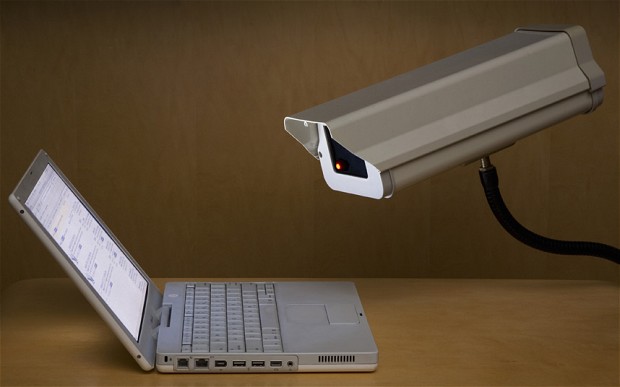 (Cyberwar.news) In 2010 the Federal Trade Commission launched an initiative aimed at preventing online media and tech companies from tracking the activities of users, but five years later the effort has largely been a failure because the biggest firms were essentially exempted.

As reported by Recode, the FTC’s action – which was similar to the also-failed “Do Not Call Registry” in that it did not adequately end unwanted telemarking calls [PDF] – came after a series of reports by The Wall Street Journal that exposed the underhanded and secretive manner in which tech/media companies collected users’ personal data, so they could target them with advertising.

And while many felt the intentions were good, the manner in which the initiative was set up and launched gave a distinct advantage to the largest tech firms. In other words, they were pretty much free to continue doing exactly what the FTC’s “Do Not Track” initiative was intended to stop.

By tapping the World Wide Web Consortium, an organization that sets standards for the Web, to work out the details for implementing Do Not Track, the FTC relied on a group dominated by powerful Internet companies. These companies included Google, Facebook and Yahoo, whose businesses depend on online advertising, which require the precision tracking of users. To put it another way, that’s like Sony Pictures inviting the North Koreans to run vulnerability tests on its computer networks.

It’s of little surprise, then, that the Consortium, which created a working group that initially involved representatives from technology, advertising and publishing — found a way to make life difficult for everyone but the biggest Internet players.

“Incredibly, the same big players who hijacked the process could make this one-sided policy a de facto global standard. This gives them a data advantage through tricks and traps, not product innovation,” David Wainberg, privacy counsel for AppNexus, an ad-tech company, told Recode.

Now, however, Congress appears set to get in on the act. Democratic Sens. Ed Markey of Massachusetts and Richard Blumenthal of Connecticut have filed “The Do Not Track Act” which seeks to put into law what the FTC attempted, however weakly, to implement through policy.

“Consumers need this protection against invasive tracking — companies that collect private, sensitive information with every online click,” Blumenthal said in a statement. “The ‘Do Not Track Act’ prevents privacy abuse and gives back control over personal lives online. People deserve to be empowered to stop trackers who collect and store their personal, private information.”

The proposed a set of rules released last August for public comment allow Internet publishers with a direct relationship with consumers — say, Facebook or Google — to remember who you are, what you looked at and what you did while on their sites, so long as they don’t pass the information along to third parties. Third parties, such as independent ad networks, would be required to “treat you as someone about whom they know nothing and remember nothing.”

“The Do Not Track debate has put us in an uncomfortable position,” Wainberg said. “In opposing the Do Not Track policy, people can characterize us as anti-privacy. What we do not want [are] policies that tilt the competitive playing field, especially without a commensurate privacy benefit for users.”

Others agreed. John Simpson, privacy director of the Santa Monica-based the nonprofit group Consumer Watchdog, said the measure is “loophole-laden” and essentially toothless.

So, for the time being anyway, tech companies are free to continue tracking you and your online activity, for the purposes of targeting ads. What they do with your information after they have it is, of course, another matter.