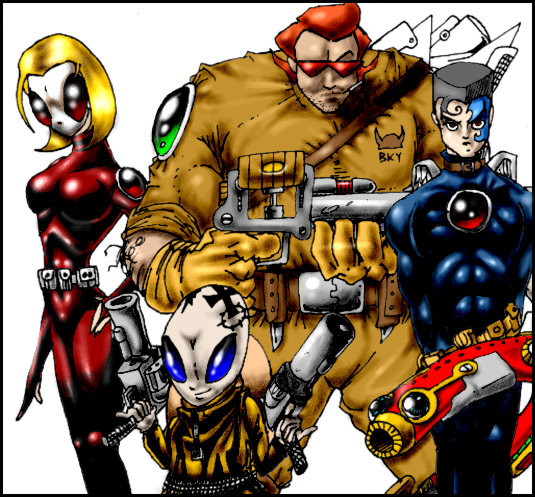 The frantic leftist media is waging an all out war on guns, trying to vilify those who carry, trying to deceive the masses into giving up their responsibility to defend themselves. Mainstream news anchors play right into the emotional anti-gun agenda that is encouraging the masses to be defenseless, crybaby victims.

Schools no longer teach children how to use guns safely or responsibly. Students aren’t taught the real world history and the many times gun confiscation was used to consolidate power which ultimately leads to democide – mass killings carried out by government.

In every corner of the mainstream media, there is always some anti-gun propagandist trying to vilify guns and the courage it takes to stand up to evil and take it out. Evil exists. Guns are tools, not only for hunting, but also for self defense and preserving the balance of power.

The appearance of a gun in a Netflix action film is apparently too much to handle for the frantic leftist media.

When Entertainment Weekly’s Editor at Large, James Hibberd reviewed season 2 of Marvel’s Daredevil, all the focus was on the crazy idea that a superhero was using guns to kill bad guys.

Hibberd’s paranoia of guns bleeds through the entire review and becomes a perfect example of how the leftist media tries to twist words to make guns out to be evil in and of themselves.

Frantically, Hibberd describes Daredevil season 2 as “morally complex” because the protagonist of the series is a “controversial gun-toting super-antihero.”

Hibberd’s Daredevil season 2 review immediately starts guilt-tripping on the idea that a gun could be depicted as a tool to exterminate evil. Here’s an excerpt from Hibberd’s review, as he describes the “controversial gun-toting” main character in more detail:

As comic fans know, Castle is an ex-Special Forces soldier with a tragic past who becomes a New York vigilante. He has the same clean-up-the-streets mission as Matt Murdock (Charlie Cox), except he uses guns instead of beatdowns and quite simply murders every criminal he can find.

Hibberd is appalled that Marvel would allow its fictional superhero characters to use…gasp…GUNS!

The Punisher is considered a divisive character because Marvel and D.C. superheroes, as a general rule, avoid ever using guns. Notable exceptions include Captain America when he was fighting in WWII and a few others like Hellboy and Deadpool.

Hibberd even takes a shot at the 4.25 million responsible gun owners in America who support the National Rifle Association (NRA).

But Castle is like a walking NRA ad who hunts down and executes everyday street criminals and gang members, not just supervillains and their henchmen.

Apparently Hibberd has something against the NRA which is an important gun rights organization dedicated to preserving freedom and advocating responsible firearms use and marksmanship.

Even show runner Doug Petrie knew the main character and his gun would stir up controversy with the frantic leftist media.

“Viewers watching the show will be rooting for this guy with a gun but we’re also going to force people — the way we force Matt — to second-guess themselves,” said show runner Doug Petrie(“Buffy the Vampire Slayer,” “American Horror Story”). “Taking lethal justice into your own hands in America in 2015 is tricky s–t. We have not shied away from the rich complicated reality of Now. If you’ve got a gun and you’re not the police you’re going to incite strong feelings. We’re stirring the pot and we’re aware of the headlines where we live and we’re trying to get people to think.”