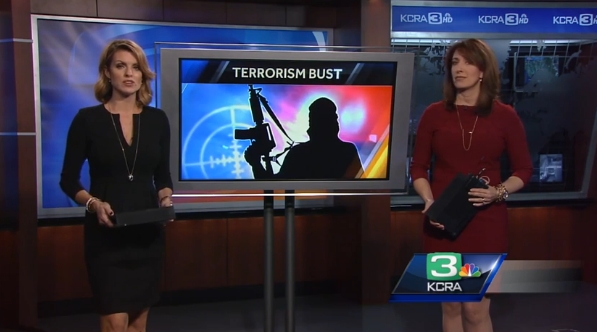 Texas, as well as several other states, has been adamant about disallowing the entrance of Syrian refugees into the region following a series of terrorist attacks resulting in heightened concerns regarding asylum seekers and their possible ties to Islamic extremism.

Ala. Gov. Robert Bentley announced yesterday he is suing the federal government over the resettlement of Syrian refugees. Texas invoked similar action against the government, filing a lawsuit in early Dec., attempting to halt entrance of Syrian refugees into the Lone Star State.

Unfortunately, their concerns have been validated after two Middle Eastern men, who entered the U.S. as “refugees,” were arrested on federal terrorism charges Thursday, according to the Justice Department.

Omar Faraj Saeed Al-Hardan, 24, was arrested in Houston, while Aws Mohammed Younis Al-Jayab, 23, was apprehended in Sacramento. Both men are described as Iraqi-born Palestinians who entered the U.S. as refugees.

Al-Hardan is being charged with a “three-count indictment alleging that he attempted to provide material support to the Islamic State of Iraq and the Levant (ISIL), a designated foreign terrorist organization,” said the Justice Department in a Jan. 7 press release.

The 24-year-old entered the U.S. as an Iraqi refugee in 2009 before being granted citizenship in 2011. His charges include “one count each of attempting to provide material support to ISIL, procurement of citizenship or naturalization unlawfully and making false statements.”

Al-Hardan attempted to provide “training, expert advice and assistance, and personnel – specifically himself – to a known foreign terrorist organization,” states the indictment. Officials say he “knowingly responded, certified and swore untruthfully on his formal application when applying to become a naturalized U.S. citizen,” – confirming concerns about the government’s inability to accurately identify asylum seekers.

The Justice Department says Al-Hardan lied during an interview with officials in Oct. 2015 after he denied receiving in any weapons training, when in truth; he had been educated on “automatic machine gun training.”

Al-Hardan is also accused of saying “that he was not associated with a terrorist organization when, in fact, he associated with members and sympathizers of ISIL throughout 2014,” according to the charges.

Al-Jayab, the 23-year-old arrested on federal terrorism charges in Sacramento, is accused of “making a false statement involving international terrorism,” according to the Justice Department. He allegedly “traveled to Syria to take up arms with terrorist organizations and concealed that conduct from immigration authorities,” said U.S. Attorney Benjamin B. Wagner of the Eastern District of California.

The young terrorist suspect reportedly entered the U.S. as an Iraqi refugee in 2012. While residing in Arizona and Wisconsin, authorities say Al-Jayab communicated over social media his “intent to return to Syria to fight for terrorist organizations,” as well as discussed his experience using firearms to fight the country’s regime.

The complaint states that on “Nov. 9, 2013, he flew from Chicago to Turkey, and then traveled to Syria. Between November 2013 and January 2014, Al-Jayab allegedly reported on social media that he was in Syria fighting with various terrorist organizations, including Ansar al-Islam, a designated foreign terrorist organization since 2004.  He returned to the United States on Jan. 23, 2014, and settled in Sacramento.”

Al-Jayab faces a maximum of 8 years in federal prison, while Al-Hardan faces 20. If convicted, both men could also face a $250,000 fine.