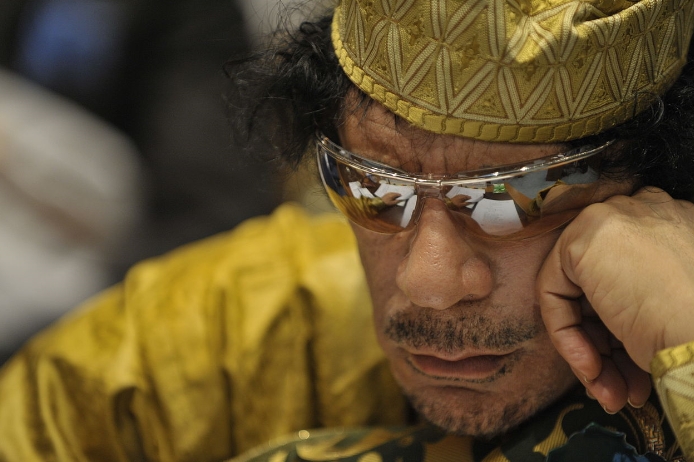 Before the Obama Administration and its NATO allies waged an illegal war in Libya, enacting a “no-fly” zone and bombing the country’s dictator, resulting in his death, Islamic terrorism was significantly more controlled than it is today. Presently, Libya is overrun with violence accompanied by extreme human rights abuses as it’s become a safe haven for al-Qaeda and ISIS-affiliated terrorists.

Prior to his regime’s collapse, Muammar al-Gaddafi warned former British Prime Minister Tony Blair that violent extremists would take over the Mediterranean and attack Europe. His pleas were desperate and expressed in two phone calls to Blair on Feb. 25, 2011 as Gaddafi’s Libya became engulfed in flames, reports The Telegraph.(1)

In an 11:15 a.m. phone call, Gadaffi told Blair: “They [jihadists] want to control the Mediterranean and then they will attack Europe.”

“In the call, lasting half an hour, Gaddafi insisted he was trying to defend Libya from al-Qaeda fighters. The presence of al-Qaedas would later be superceded by the rise of the so-called Islamic State,” The Telegraph reports.

“They have managed to get arms and terrify people. people can’t leave their homes… It’s a jihad situation. They have arms and are terrorising people in the street,” Gadaffi said, as reported by The Telegraph.

In a second phone call several hours later, he added: “I will have to arm the people and get ready for a fight. Libyan people will die, damage will be on the Med, Europe and the whole world. These armed groups are using the situation [in Libya] as a justification – and we shall fight them.”

Despite being given this information, the Obama Administration moved forward with their attack, claiming that it was in an effort to “save the lives of peaceful, pro-democracy protesters” who were being targeted by Gaddafi.

That turned out to be yet another a lie.

Alan J. Kuperman proves why in his article “Obama’s Libya Debacle.”(2) He wrote:

In retrospect, Obama’s intervention in Libya was an abject failure, judged even by its own standards. Libya has not only failed to evolve into a democracy; it has devolved into a failed state. Violent deaths and other human rights abuses have increased severalfold. Rather than helping the United States combat terrorism, as Qaddafi did during his last decade in power, Libya now serves as a safe haven for militias affiliated with both al Qaeda and the Islamic State of Iraq and al-Sham (ISIS). The Libya intervention has harmed other U.S. interests as well: undermining nuclear nonproliferation, chilling Russian cooperation at the UN, and fueling Syria’s civil war. …

As bad as Libya’s human rights situation was under Qaddafi, it has gotten worse since NATO ousted him. Immediately after taking power, the rebels perpetrated scores of reprisal killings, in addition to torturing, beating, and arbitrarily detaining thousands of suspected Qaddafi supporters. The rebels also expelled 30,000 mostly black residents from the town of Tawergha and burned or looted their homes and shops, on the grounds that some of them supposedly had been mercenaries. Six months after the war, Human Rights Watch declared that the abuses “appear to be so widespread and systematic that they may amount to crimes against humanity.”