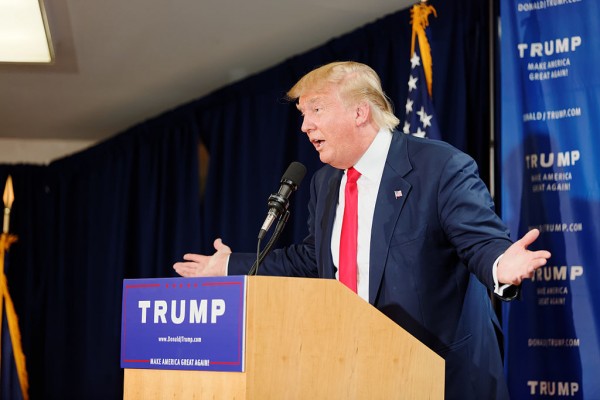 (Freedom.news) If you’re a supporter of GOP presidential frontrunner Donald Trump, you have probably felt a little heat from some of your friends who are not. But you’ve likely also noticed something else: That the Republican and Democratic elites, along with the self-anointed purveyors of political thought in the mainstream media, don’t much care for you either.

As noted by the New York Post’s Michael Walsh recently:

To hear the patronizing wise men of the Republican Party tell it, anyone who would vote for Donald Trump for president must be deranged. “Trumpkins,” they call them, mental midgets and xenophobic troglodytes who’ve crawled out from their survivalist caves in order to destroy the Beltway Establishment.

How their resentful attitude galls the crack cadres of campaign consultants who brought conservatives halfhearted standard-bearers like John McCain and Mitt Romney to do sham battle against Barack Obama in 2008 and ’12, then return to the safety of the US Senate and a beachfront mansion in La Jolla.

And return they did, for as far as McCain is concerned, most of Obama’s priorities have become his (national defense being an exeption) and that of the donor class, and of course who can forget the Romneycare/Obamacare similarities?

Trump, of course, and the only ones in this equation too stupid to figure out why he’s on top are the Ivy League elites who thought they had the game permanently rigged. And now that he’s virtually lapping the remaining GOP field has the Republican establishment, especially, in panic mode.

The fact is fewer and fewer Americans believe the political and media elites any longer. They have watched helplessly after electing people they thought would end the steady, mad slide into the kind of big government hell that has rendered Europe so utterly neutered and Latin America broke, desperate and angry. And they have watched Big Media champion every slip and every slide every step of the way.

Trump may not be a “real Republican” or even “conservative,” as many of his RINO critics charge, as they ought to know. But he is at least smart enough to know what makes real Americans tick and, importantly, what is ticking us off. He’s tapped into political gold and the Republican base is rewarding him for it with ever-rising poll numbers.

Meanwhile the elites continue to dismiss him – and us – at their peril. Put simply, a growing number of Americans – liberals and conservatives – have simply “had enough” of being “handled” and “governed” rather than being allowed to be active participants in a system of government specifically founded to represent, and to be led by, “we the people.”

We want Washington out of lives, out of our wallets and out of power, and we want the media to stop cheering on the nanny state and start defending us for a change.

We cherish the form of liberty, freedom and greatness that Donald Trump is pushing, not the sanitized, “we know what’s good for you” version that has defined official Washington for decades, led to $19 trillion in debt and grown government the biggest it’s ever been.

We are compassionate but we have our limits. We are understanding but we will no longer allow it to be abused. We are accommodating but not to the point of self-destruction.

Trump understands all of this. It’s why he’s winning and Jeb Bush, the “establishment choice,” barely polls at all.

As Walsh said, “The Trumpkins are sick of winning and having nothing to show for it, and their vengeance will be terrible. Maybe the Establishment should stop belittling them and listen instead.”

We won’t hold our breath, but importantly, neither will Trump.