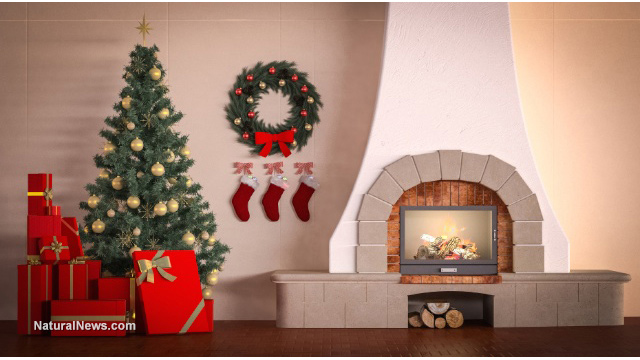 Just last week, the Salem VA Medical Center sent a memo to its employees, stating that “trees have been deemed to promote the Christian religion and will not be permitted in any public areas this year.”

According to Salem VAMC, a federal workplace should not give the impression that the government is sponsoring or endorsing one religion over another, hence the disallowance of trees. After a heated meeting with up to 150 staff members, however, management decided to relent to the employees’ wishes — a tree will now stand tall inside Salem VAMC this holiday season.

“In an effort to find an appropriate balance between compliance with Federal regulations which govern holiday displays in Federal facilities and the desire of our employees and Veterans to be able to decorate for the holidays, namely by placing a Christmas tree in the public lobby, the Salem Veterans Affairs Medical Center (VAMC) Director, Dr. Miguel LaPuz, invited all Salem VAMC employees to a lunchtime discussion group Friday to hear their opinions and views on how this balance could be achieved.

“After a lengthy discussion, it was determined that Christmas trees could be displayed in public areas so long as they were accompanied by the respective symbols of the two other faiths that celebrate holidays during this holiday season – namely the Jewish Menorah, or Hanukkah Lamp, and the Kwanzaa Mkeka (decorative mat) or Kinara (candleholder).

“VA Directive 0022, titled ‘Religious Symbols in Holiday Displays in VA Facilities,’ clearly states that ‘Religious symbols may be included in a holiday display in a public area of a VA facility if the display does not favor one religion over another, and conveys a primarily secular message.  By placing diverse holiday symbols together in the public places of its facilities, VA gives no preference to one holiday above another.  Prominently displaying a sign or banner containing a secular message such as ‘Happy Holidays’ or ‘Seasons Greetings’ assists in achieving [that] primarily secular message.

This compromise allows for the Salem VAMC to be in full compliance with Federal mandates that prohibit U.S. Government facilities, including the U.S. Department of Veterans Affairs, from ‘favoring one religion over another’ while providing the diversity and flexibility for employees and Veterans to celebrate the holidays according to their individual faith structure.

It should be noted that government funds are not appropriate for the purchase of holiday decorations. Salem VAMC will continue to rely on donations for any future displays.”[1]