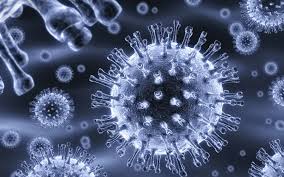 Researchers from UW Medicine have discovered a drug-like molecule that can initiate an innate immune response against RNA viruses, like Ebola, hepatitis C and influenza A, by inducing certain genes. The discovery could pave new methods for how disease is treated and prevented in the West.

The recent study was published in the Journal of Virology, and provides evidence for creating a broad-spectrum antiviral. “Our compound has an antiviral effect against all these viruses,” said Michael Gale Jr., University of Washington professor of immunology and director of the UW Center for Innate Immunity and Immune Disease. The results came from his lab, in collaboration with scientists at Kineta Inc. and the University of Texas at Galveston.(1)

Viruses have been with humanity for quite some time, explains Dr. J.E. Williams in his book Viral Immunity. “Archeological evidence indicates that smallpox developed along with civilization in the river basin agricultural settlements of Asia and the Middle East as early as 10,000 years ago,” he wrote.(2)

“We also know that viral epidemic diseases were unheard of in the New World before the arrival of the Spanish. Viruses are not only the cause of many infectious diseases, ranging from the common cold to slow death of AIDS and the frightening hemorrhagic fevers, but they have dramatically influenced history as well,’” he added.(2)

The growing threat of viral infections

Although viral infections have and will continue to plague humanity, they’ve become more potent in recent years. In the 20th century, smallpox alone killed 300 million people; and between 1918-1919, the Spanish influenza epidemic killed 20-40 million people in less than half a year. The toll viruses take is not limited to people, but extends to all forms of life including plants, animals, birds and sea creatures.(2)

Gale believes that his research is the first to reveal that organisms have an innate immunity for certain viral infections, which can be ignited therapeutically by a molecule inside all cells known as RIG-I. It is a cellular protein known as a pathogen recognition receptor. These receptors discern viral DNA, which launches an innate immune response of pro-inflammatory cytokines, chemokines and interferons.

“These products act in concert to suppress and control virus infection,” the researchers wrote.(1)

Activating this innate immunity response has been tested successfully in cells and mice. The next step is to conduct tests on animals and eventually people. The process could take anywhere from two to five years, according to Gale.

To treat or retreat

Unfortunately, there are currently no known broad-spectrum antiviral drugs. Only a few therapeutic options are available for anyone afflicted with a viral infection. RNA viruses are a major public threat due to their ability to rapidly mutate, which enables them to circumnavigate around immune responses. These genetic mutations are the foremost reason for the appearance and re-appearance of various maladies.

The West Nile Virus, for instance, burgeoned in the United States in 2000 and reemerged in 2012. According to the World Health Organization (WHO), there are 50 million to 100 million new cases of dengue fever each year, 22,000 of which result in death. Hepatitis C, on the other hand, is transmitted by blood and infects up to 4 million people each year.(1)

“There is tremendous interest in triggering innate immunity,” Shawn Iadonato, chief scientific officer at Seattle biotech Kineta, told sources. “Some viral infections, he pointed out, cannot be treated by traditional antivirals. Activating innate immunity also will make the viruses less likely to resist the drug actions because the therapy targets the cell, via gene action, rather than the virus itself.”

“It’s routine for us to think of broad-spectrum antibiotics, but the equivalent for virology doesn’t exist,” he added.(1)