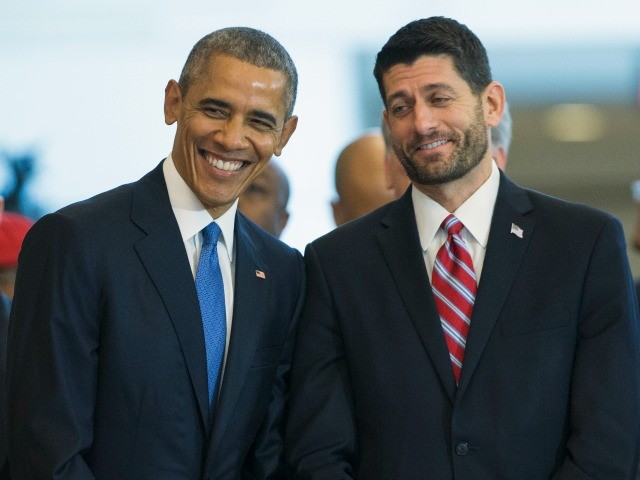 The House passed Rep. Paul Ryan’s $1.1 trillion omnibus spending bill negotiated with Nancy Pelosi, which will fund almost 300,000 Muslim migrants in one year. In a display of allegiance to Ryan, three-fifths of the Republican conference supported his legislation.

Ryan’s bill will fund a surge of migrants by subsidizing all U.S. immigration programs currently in practice, including the expansion of President Obama’s refugee program through Syrian migrant resettlement.

In addition to autopilot admissions, the House will fund the President’s goal to take in another 10,000 refugees from the Muslim country of Syria. Consequently, Ryan’s House-passed omnibus will take in approximately 300,000 Muslim immigrants in 2016, of which 170,000 will permanently resettle in the country.

The inherent risk of Muslim migrants

Reports have illustrated that the influx of Muslim migrants has churned up many assimilation hurdles for the country. For example, Equality Now recently released a report that found Muslim immigration has put half a million American girls at risk of Female Genital Mutilation.(1)

In addition, according to Aayan Hirsi Ali, honor violence and killings are on the rise throughout the country. Hirsi Ali says the number of honor violence killings is “likely to rise in the years to come” because “immigration trends over the last ten years, show a significant increase in the number of people moving to the United States from countries with high-honor violence rates—notably Somalia… as well as Iraq.”(1)

Furthermore, a September 2015 Congressional report discovered that Minnesota, which harbors the largest Somali population in the United States, has the largest number of radicalized individuals who have joined ISIS in the quest to destroy the West.(1)

Ryan’s omnibus bill only gets wore. In addition to funding visas for nearly 300,000 Muslim migrants, the bill will fund the enlargement of the H-2B guest-worker visa. This will impact vulnerable workers like African Americans, single women, the elderly and first-generation immigrants, according to immigration attorney, Ian Smith.

Sneaking the provision into the bill

The provision was neatly hidden within the 700 pages of the bill, and will breathe new life into a polarizing provision of Sen. Marco Rubio (R-FL), the Gang of Eight immigration plan to expand the guest-worker force. On Thursday morning, Rep. Steve Scalise (R-LA) issued a WHIP alerting Congressional legislative staff in praise of Bob Goodlatte’s visa expansion program.

Goodlatte serves as Chairman of the House Judiciary Committee, and has advocated bringing more foreign workers into Virginia. Scalise has touted Goodlatte’s proposal, saying quadrupling H-2B visas will aid employers who are suffering from a “worker shortage,” when in actuality, it will encumber Americans seeking blue collar jobs.(1)