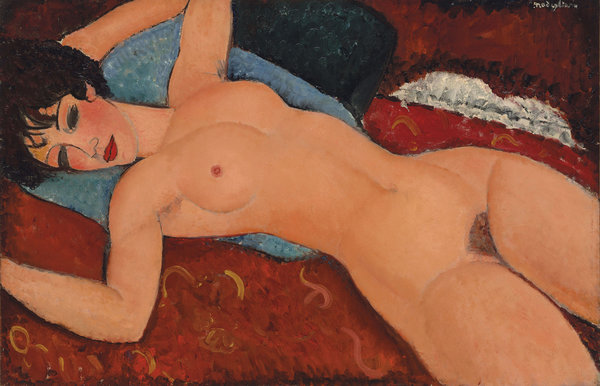 Just this month, a painting of a reclining nude woman sold for $170.4 million. The artist, Amedeo Modigliani, died in 1920. The buyer, Liu Yiqian, is a former taxi driver turned billionaire art collector. It was the second-highest price ever paid for an artwork at auction. According to Mr. Liu, he plans to bring the work back to Shanghai, where he and his wife have two private museums.

It is only the 10th work of art to be sold at auction for over $100 million, and it took a mere nine minutes to sell.

Shortly before his death of tuberculosis at age 35, Modiglini offered to sell all of his artwork for $300.

Is this painting really worth millions of dollars? You be the judge.