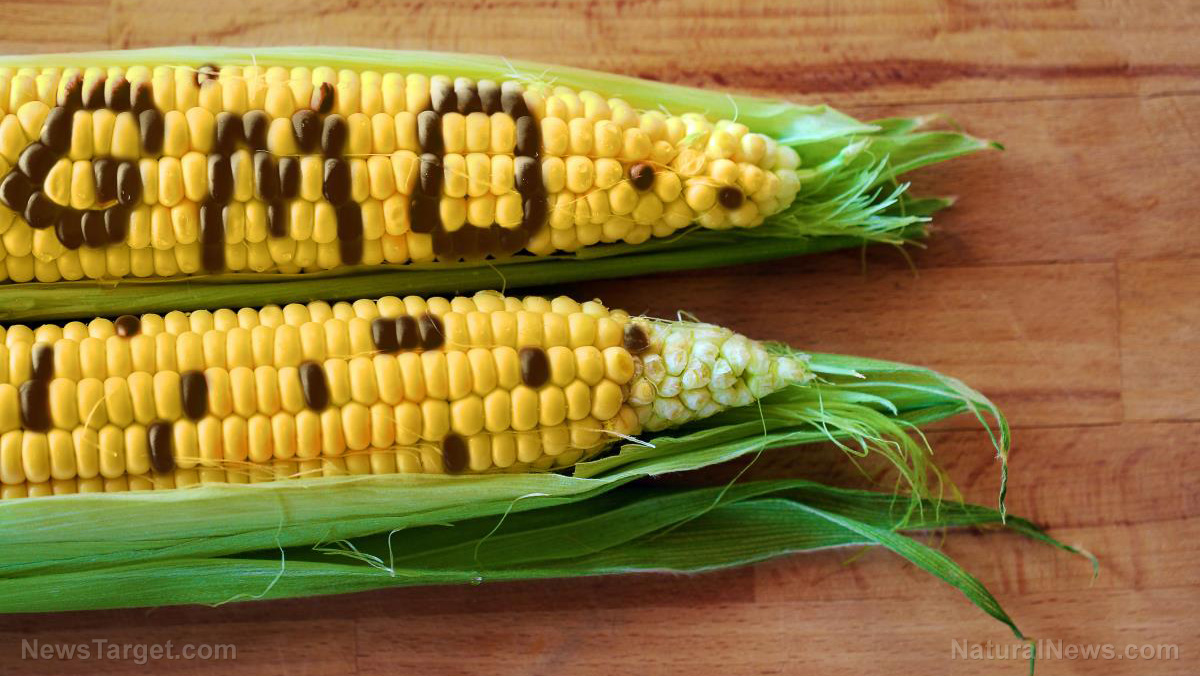 Nobody pushes harder to reduce the world’s population with “science” than creepy billionaire science nerd Bill Gates. Anything created in a laboratory is game for Bill Gates “saving the world” from the blights of starvation, climate change, too many children, and so on.

In his ultimate nerd way, Bill tries to seem hip and cool in his latest genetically mutated corn video, where he lip-syncs to a cartoon-like voice about corn and corn juice. Gates owns more US farm land than anyone, about a quarter-million acres (that’s larger than New York City) spanning 18 states, so he wants to grow only his corn, and no other kind ever again.

How easily the world forgot, or never even knew about, the Seralini study on genetically modified corn that was conducted with the utmost stringent and accepted scientific standards, proving long-term damage to animals that consumed GM corn. Lab rats were dying from horrendous tumors in their cleansing organs after just a few months, and the Monsanto industrial complex spent years trying to discredit the study and Seralini’s team so the world wouldn’t know the truth about Frankencorn.

Ten years later, the propaganda continues. Bill Gates is smiling and singing corn songs like Frankenstein high on his own riches and power, begging the world to ask him about corn, so he can pretend he’s going to save the world with pesticide-laden Frankenfood.

Gates wants every human on earth eating only corn and meat made in laboratories, and getting vaccinated with “clot shots” that spread toxic prions throughout the vascular system. This is the same guy who said (at a TED conference in 2010) that if we ‘do a really great job’ with vaccines and healthcare, we can REDUCE the world’s population by several billion people.

The infamous Bill and Melinda Gates Foundation wants to “save the world” with lab-concocted Frankencorn, sterilizing vaccinations, and gender-fluid equality. This could mean that the future of humans involves everyone suffering from cancer, infertility and gender-confusion, while the fourth richest person in the world eats organic food in his bunker, while making creepy kid videos about corn and depopulation.

Gates calls corn seeds that kill lab animals “magic seeds” and claims his hybrid seeds can resist the global-scorching-sun and alleviate third-world hunger. The Frankenseeds are called DroughtTEGO and were developed under a program of the African Agricultural Technology Foundation, to which Gates contributes funds.

Gates envisions a world where everyone is poor and eating lab-concocted-jelly-meat (Memphis Meats) made from livestock cells, with a side of pesticide-infused Frankencorn, at every meal.

The truth is that Bill Gates’ GM “Assistance” program and all this chemical food cultivation is not sustainable. Organic farming methods produce HIGHER crop yields and are far more sustainable, according to research, than any of these Frankencrops that are created in Monsanto’s labs.

Organic crops are STILL the safest and most nutritious crops available, but Bill “Biotech” Gates couldn’t care less. The more farmers use toxic herbicides and carcinogenic insecticides, the more the soil gets depleted of nutrients and the more toxic waste water spreads to surrounding farmland and communities. The corporate takeover of the world’s crops is a hostile takeover and must be stopped. Avoid Frankencorn and Frankensoy like the plague, because they just may prove to be just that.

Tune your food news frequency to FoodSupply.news and get updates on more toxic foods and food shortages coming to stores near you.