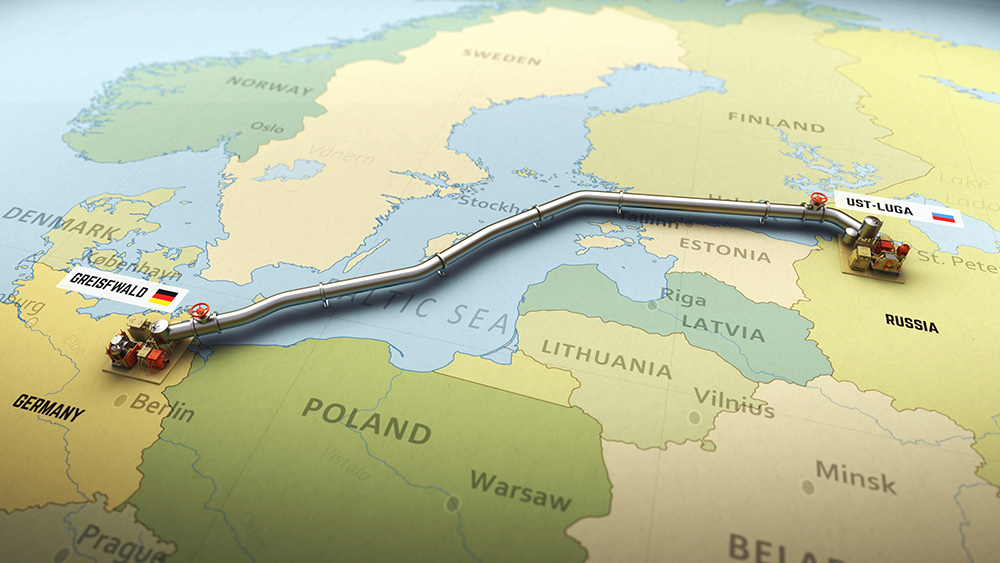 Europe’s lifeline to Russian energy has officially been severed, accelerating the push towards World War III.

According to reports, both the Nord Stream 1 (NS1) and Nord Stream 2 (NS2) gas pipelines from Russia to Europe lost pressure and ruptured overnight, sending plumes of bubbling methane up through the Baltic Sea.

Government officials suspect foul play, and many on social media are pointing to none other than Joe Biden, who promised that the pipelines would be “no longer” if Russia invaded Ukraine – watch below:

If NS1 and NS2 were intentionally targeted in an attack, it would have had to be done by special forces such as naval divers or a submarine. (Related: NS1 was already offline at the time of the attack with no estimated timeframe for a restart.)

“We can no longer imagine any scenario other than a targeted attack,” said an individual privy to a federal assessment of the matter. “Everything speaks against a coincidence.”

One thing is for sure: The destruction of NS1 and NS2 is no coincidence

Accusations are flying as the different sides in this brewing skirmish refuse to take any responsibility for the attack.

Western powers are blaming Russia while others are pointing to Biden and his ominous threats before the world. There is even speculation that Ukraine could be the responsible party.

“With the temporary shutdown of the Nord Stream pipelines, gas deliveries from Russia to Germany and Central Europe would only be possible via the Yamal pipeline running through Poland or the Ukrainian pipeline network,” one report explains, offering a possible explanation as to Ukraine’s motive.

In all reality, though, NATO is the likely responsible party. The ubiquitous power structure has already been punishing Europe by forcing it to stand behind crippling sanctions that instead of hurting Russia threaten to collapse Germany and the European Union.

Another possibility is that the Scholz government in charge of Germany right now authorized or even requested the destruction of the pipelines to relieve the political pressure of having to open NS2 for the first time or restore the use of NS1.

“The Greens are in government here, and Green-adjacent journalists have gone so far as to demand the dismantling of the pipelines to hurt Putin, so this too is far from crazy,” writes “eugyppius” on his Substack.

There is also the possibility that Russia destroyed the pipelines itself in a “false flag” operation to “drive up the price of gas.”

American novelist and filmmaker Gonzalo Lira, meanwhile, says the destruction of the pipelines is an act of war by the United States against Europe.

British sociologist Noah Carl has written extensively about what he called the “Nord Stream 2 theory,” arguing that the Russia-Ukraine conflict was always about sabotaging NS2, presenting this as the basic argument:

“In a world where Germany and Russia are friends and trading partners, there is no need for U.S. military bases, no need for expensive U.S.-made weapons and missile systems, and no need for NATO. There’s also no need to transact energy deals in U.S. Dollars or to stockpile U.S. Treasuries to balance accounts. Transactions between business partners can be conducted in their own currencies which is bound to precipitate a sharp decline in the value of the dollar and a dramatic shift in economic power.”

What do you think about this latest development in the brewing global conflict? Who do you think is responsible for the destruction of NS1 and NS2?

As the world descends into another global war, we will keep you informed of the latest at WWIII.news.