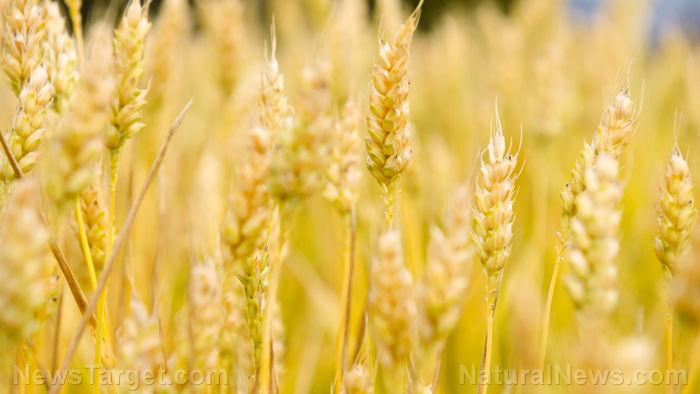 Maximo Torero, a chief economist at the United Nations (UN) Food & Agriculture Organization (FAO), is warning that nearly half of global grain production could disappear by the next planting season.

Runaway inflation, supply shortages, and the ongoing energy crisis are creating a perfect storm for a 40 percent reduction in grain production, Torero told Bloomberg TV in an interview.

Blaming the Russian war in Ukraine, Torero said the world can expect even more problem in the coming months that chip away at farmers’ ability to grow enough food to feed the world. (Related: Farmers in the American Midwest are struggling to stay afloat amid runaway inflation and fertilizer shortages.)

Fossil fuels are needed to create fertilizer, which is in short supply due to Western sanctions against Russia. Europeans will have a tough enough time heating their homes this year, let alone using any excess energy to create fertilizer for growing food.

Many fertilizer producers have shut down production because it is simply too expensive to keep making products like nitrogen and ammonia. As a result, farmers will have nothing to grow their crops next season.

Reduced rice production is especially concerning as rice feeds upwards of half of humanity, and is a vital component for economic stability across Asia and sub-Saharan Africa.

Lack of fertilizer means lack of rice, which eventually means that billions of people could starve to death due to supply shortages, disruptions and other factors.

All of this is expected to really take shape within the next six months – and likely before the arrival of 2023.

Compared to 2020, fertilizer prices today in North America, where things are slightly better – at least for the time being – are 220 percent higher. Elsewhere throughout the world, the situation is even more dire.

“We are really starting to yell from every tower that there’s a fertilizer crisis,” an anonymous official at the UN who spoke only on the condition of anonymity told Politico. “And the fertilizer crisis is enormous.”

Three primary ingredients – nitrogen, phosphorus, and potassium – are used in synthetic fertilizer. Farmers normally use these nutrients to boost crop yields, which is the only way to feed the nearly eight billion people who currently live on the planet.

If inflation does not subside and supply chains heal, fertilizer will be hard to come by next season – which means shrinking harvests. The energy crisis, as long as it continues, will only exacerbate the problem even more.

“Over one-third of the population of India barely eat enough to stay alive from day to day as it is,” wrote a commenter about how hundreds of millions of Indians could die as a result of this.

“It’s also going to be especially tough on the people of Africa who are even poorer.”

“I guess Biden and the EU shouldn’t have thrown useless sanctions on everything Russia exports,” wrote another about how all of this is a direct result of Joe Biden and the other globalists who are trying to steer this sinking ship.

“Russia isn’t suffering, as they’ve increased their exports and profits by selling oil, wheat, natural gas, and fertilizer to India and China, who have around 3.1 billion people. The whole of Europe only has a population of 749 million. Many of the non-European nations who normally buy directly from Russia are side-stepping the sanctions because they’re buying the Russian fertilizer through India and China. There is no shortage as the West claims. The only people who seem to be in danger of suffering is Europe, the U.S., Canada, and anyone else following Biden’s lead.”

As the existing world order collapses by design and gets replaced with a new one, we will keep you informed about what transpires at Collapse.news.