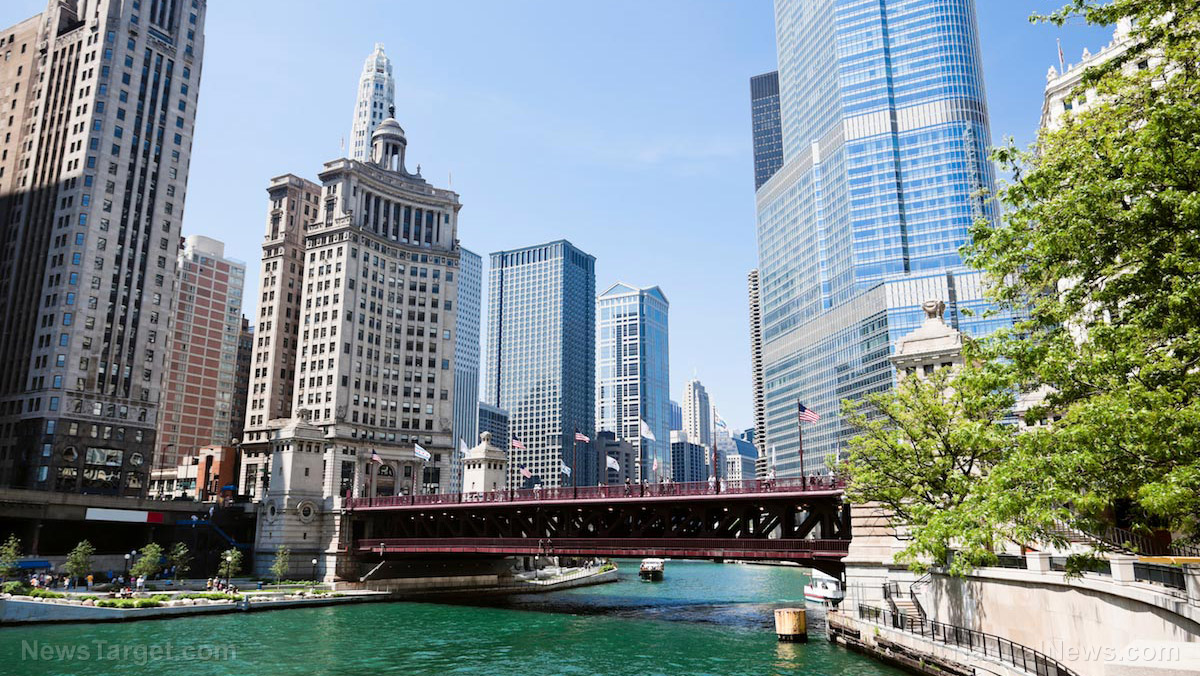 As part of its efforts to offset the price of the southern border crisis, Texas sent a busload of illegal aliens to Chicago – which prides itself as a “sanctuary city.”

“In addition to Washington, D.C. and New York City (NYC), Chicago will now be a drop-off location for the busing strategy as part of [Gov. Greg Abbott’s] response to President [Joe] Biden’s open border policies overwhelming border communities in Texas,” a statement from the Lone Star State’s governor said.

The same press release confirmed that an initial batch of illegal immigrants were dropped off at the Windy City’s Union Station. According to the Chicago Tribune, 75 illegal aliens arrived at the bus station Wednesday night, August 31. While most of the arrivals were men, a mother and her daughter were also part of the group.

Earlier, Abbott had chartered several buses to transport illegal aliens to the federal capital. He later added the Big Apple as a second drop-off location for illegal immigrants. “Since beginning this busing strategy in the spring, thousands of migrants have been transported to these sanctuary cities while providing much-needed relief to Texas’ overwhelmed border communities,” the statement pointed out.

“[Chicago] Mayor [Lori] Lightfoot loves to tout the responsibility of her city to welcome all regardless of legal status, and I look forward to seeing this responsibility in action as these migrants receive resources from a sanctuary city with the capacity to serve them,” Abbott said in the statement.

“With its ‘Welcoming City Ordinance’ making it a sanctuary city, Chicago will not deny city services to individuals based on their immigration status. The city also does not require local police to cooperate with federal immigration authorities.”

Texas’ decision to send illegals to Chicago was a call for the Windy City to put its money where its mouth is. According to the Tribune, the city has had a 40-year history of being a sanctuary city, commencing in 1982.

“The city of Chicago received confirmation that approximately 60 migrants were traveling to Chicago by way of Texas,” he said. “Chicago is a welcoming city and as such has collaborated across various departments and agencies to ensure we greeted them with dignity and respect.”

Johnson also slammed Abbott for being “without any shame or humanity” and for his “racist practices of expulsion in place.”

“We know that racism, discrimination and human cruelty have played a pivotal role in how immigrants are received within our borders. We are still working to recover from the previous presidential administration, which encouraged this behavior.”

While Lightfoot’s office expressed readiness to accept the illegals from Texas, NYC Mayor Eric Adams insinuated that he plans to retaliate in kind. He explained that his plan will involve busing New Yorkers to the Lone Star State in a bid to unseat Abbott as governor and replace him with his Democratic rival, former Texas Rep. Beto O’Rourke.

“I already called all my friends in Texas and told them how to cast their votes,” Adams said during a news conference. “I am deeply contemplating taking a busload of New Yorkers to go to Texas and do some good old-fashioned door knocking – because we have to, for the good of America, get [Abbott] out of office.

Adams’ threat stemmed from remarks made by the Texas governor after designating the Big Apple as one of the stops for illegal aliens. (Related: Eric Adams calls Texas, Arizona Govs. ‘cowards’ for sending migrants to DC, says schools, healthcare ‘going to be impacted.’)

“In addition to Washington, D.C., NYC is the ideal destination for these migrants, who can receive the abundance of city services and housing that Mayor Eric Adams has boasted about within the sanctuary city,” Abbott said in a statement. “I hope he follows through on his promise of welcoming all migrants with open arms so that our overrun and overwhelmed border towns can find relief.”

First busload of ILLEGAL ALIENS from Texas arrives in DC, passengers dropped off near Capitol.

NYC Mayor Adams: OVER HALF of bused illegals avoid the Big Apple for fear of CRIME.