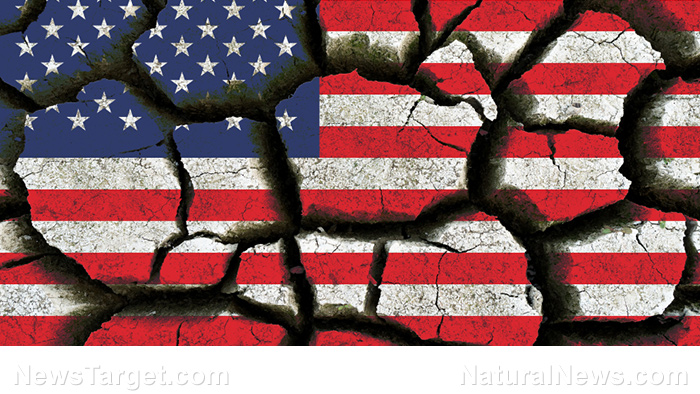 The American Farm Bureau Federation (AFBF) has released a new report claiming that 37 percent of farmers across the United States are having to plow under their crops due to persistent drought conditions.

Roughly one third of farmers say they are also having to destroy orchard trees and other multi-year crops – crops that like their name implies take several or many years to grow – as well as sell off livestock that they can no longer feed and water.

These figures are about 13 percent higher than last year, suggesting that conditions are worsening as lack of rainfall leaves crop fields parched. (Related: Kansas is one of the states where widespread drought conditions are threatening crops and livestock.)

About 60 percent of the West, South, and Central Plains regions of the country are currently in a drought. The latter two also saw the third-hottest July on record, AFBF says.

The U.S. Department of Agriculture (USDA) also issued a statement about how a “rapidly intensifying drought” has “gripped the central and southern Plains, and mid-west.”

As domestic supplies dry up, Americans will have to increasingly rely on “foreign supplies,” according to Zippy Duvall, president of the Farm Bureau Association.

Appearing on CNN, Duvall explained that costs for meat and other foods will increase, which means that U.S. consumers may need to consider “partially relying on foreign supplies or shrinking the diversity of items they buy at the store.”

Duvall further added that Americans will be feeling the effects of this drought “for years to come.”

Come fall, harvests will likely be much lower than normal, which means a lot less food moving into the new year. This will create added strain in an already inflationary environment marked by supply chain problems and shortages.

A whopping 74 percent of farmers across America are reporting a “prevalent” reduction in harvest already, including in California where half of all survey respondents said they have had to remove fruit and nut trees due to government restrictions on water usage.

One producer reportedly dropped every single fruit on five acres of young Cabernet grapes to help the plant survive after not just one but two years of zero water being applied – other than what came from minimal rainfall.

These types of established plants take years to grow and mature, and once they die it is a lot of work to get them reestablished. To lose this much so quickly is a devastation that the country will really start to feel once existing supplies from earlier harvests run dry.

“Many farmers have had to make the devastating decision to sell off livestock they have spent years raising,” added Duvall about livestock losses.

Besides the lack of rainfall, fertilizer prices are also skyrocketing, which means even poorer grass conditions for animals. Diesel is also through the roof, making it prohibitive for ranchers to move their goods and truck in water from elsewhere.

“We have sold half our herd, and may not be able to feed the remaining,” one Texas cattle rancher is quoted as saying.

In one particularly sad display, a field in Kansas was filled with hundreds of dead cows who died without water under the blazing sun. High temperatures combined with almost no wind resulted in those cattle suffering heat stress.

The Kansas Department of Health and Environment says it knows of at least 2,000 cattle that have died in that state due to heavy heat and humidity, a deadly combination.

The latest news about the American drought situation can be found at Collapse.news.