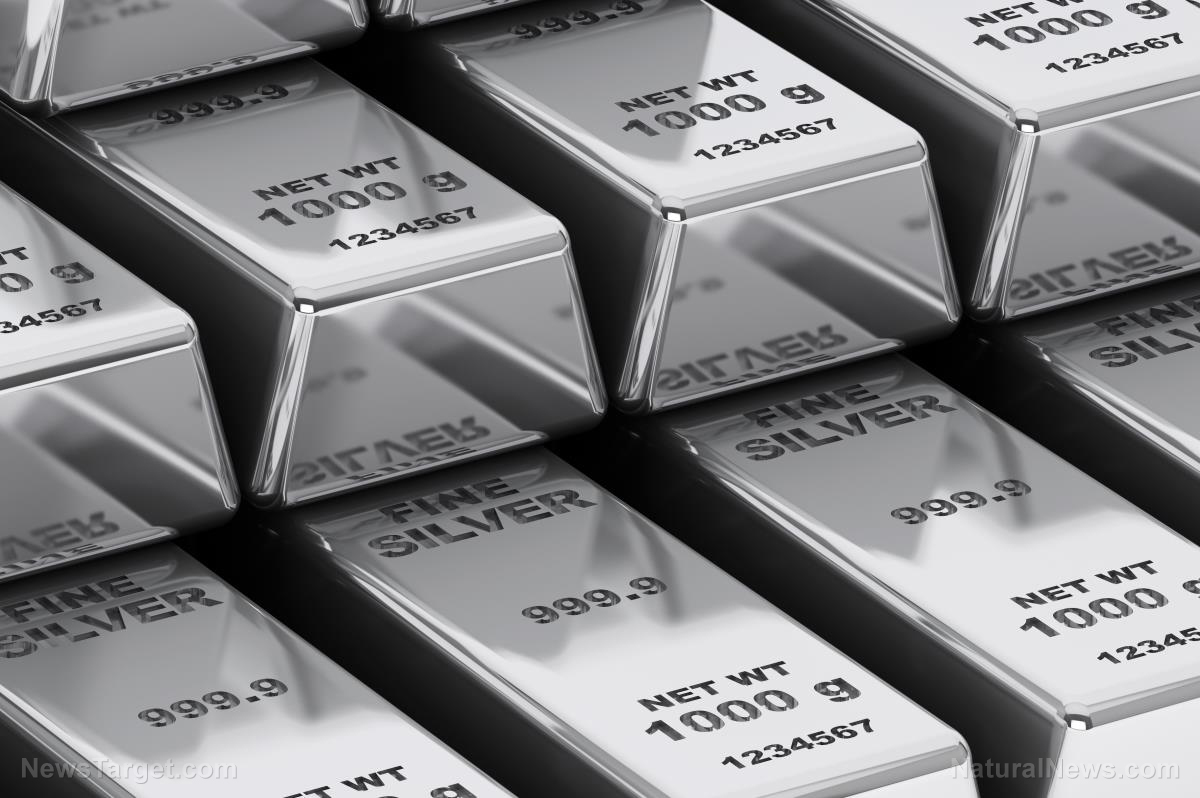 Precious metals industry expert Andy Schectman warned that the silver market is being drained of its physical silver inventories, with around 285 million ounces (Moz) of silver disappearing in recent months.

Schectman made this claim during an appearance on the show “Liberty and Finance.” Recent evidence reported by many silver and other precious metals companies supports this.

This massive drop in silver inventories is happening all over the world. In the Shanghai Stock Exchange, silver inventory reached its peak in Jan. 2021 at 3,091 tons (109 Moz). On July 27, inventory had fallen to just 141 tons (49 Moz).

In the London vaults of the London Bullion Market Association (LBMA), comprised of vaults in and around London run by several bullion banks like JPMorgan, HSBC and ICBC Standard Bank, reported that the quantity of silver held in their vaults has been dropping for seven straight months.

The latest data from the LBMA from the end of June 2022 showed that the vaults only hold 997.4 Moz of silver. In the same month last year, LBMA silver inventories stood at 1.18 billion ounces, which means that in just 12 months 182.7 Moz of silver has been drained from the vaults.

“Silver supply is only set to reach 32,000 tons in 2022, against 34,000 tons of demand,” wrote Mills. “Manly maintains that ‘as witnessed in early 2021, the bullion banking cartel is terrified of the silver-backed ETFs [exchange-traded funds] gobbling up greater percentages of the London LBMA vault stocks.'”

Mills further quoted Manly, who said: “It’s as if they are inducing the ETFs to shed silver by creating a lower silver price to literally flush silver out of the ETFs.” Mills then noted that there is a strong correlation between the sharp fall in the price of silver in mid-April with the beginning of the massive reductions in the amount of silver held by silver0-backed ETFs.

“The most sophisticated, well-funded, well-informed traders on the planet are using these prices and this misdirection to drain the physical metal across the globe, and it’s accelerating and it isn’t slowing down,” said Schectman.

“Big Money is not deterred by prices. In fact, they’re using it perhaps even as a subsidy to accumulate and draw down physical holdings off the exchanges.”

Learn more about the precious metals market at Metals.news.

Watch this episode of “Liberty and Finance” as host Dunagun Kaiser talks with Miles Franklin Precious Metals President and CEO Andy Schectman about how the inventories of physical metals across the globe are being drained.

This video is from the Liberty and Finance channel on Brighteon.com.

U.S. Mint unable to keep up with “surging demand” for gold, silver.

Ukraine has sold $12 billion of its gold reserves since start of Russian invasion.

Want to protect your assets against inflation? Consider owning precious metals like gold and silver.