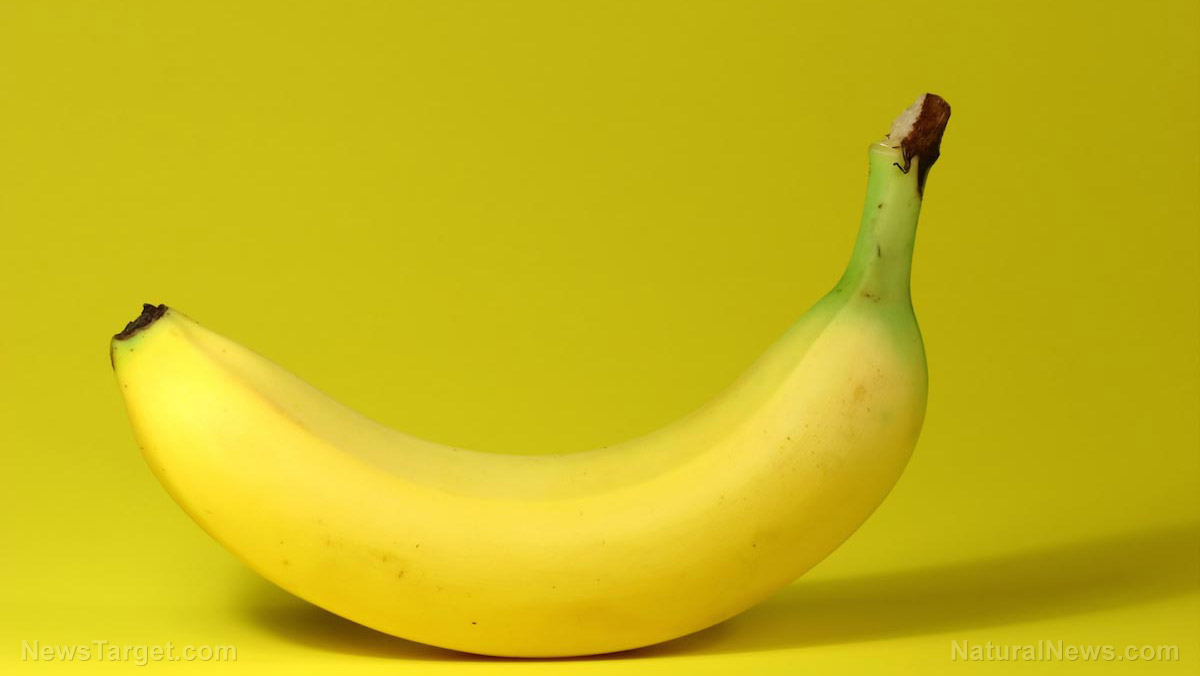 Well folks, we’re going straight from Bill Gates’ zombie eggs made in secret laboratories to Franken-banana clones he’s funding with creepy CRISPR-DNA-editing molecules. No, bananas are not facing extinction, but it’s just another excuse to turn a perfectly normal, healthy kind of fruit into a Frankenfood that does God-only-knows-what to the human body.

Yes, scientists are collecting banana disease (Tropical Race 4 or “TR4”) from the soil on plantations and “plucking out” genes so chemical pesticides will kill the pathogens that are damaging the yield, but not the bananas themselves. TR4 is a strain of fungus that lives in the soil and chokes the banana plants of their nutrients and water, while being quite resistant to pesticides. Send in the GMO scientists to mutate and modify, with no safety tests regarding human consumption. Same old story, but a new food on the GM chopping block.

TR4 pathogen devastates the Cavendish banana, which accounts for nearly half of all bananas worldwide

Though there are more than 1,000 banana varieties worldwide, the Cavendish accounts for about 47 percent of them, about 50 million tons, and nearly all banana exports. This high volume industry has a low profit margin, so food tech gurus like Bill Gates hire scientists to find ways to cut corners, at the expense of human health, of course, while pocketing billions off an already booming industry.

So just like the global warming hoax, bananas aren’t burning up or being dissolved by Ebola-like parasites. And no, GMOs won’t save the planet so that food can grow without sunshine or water or nutrients. Still, science journals and websites want everyone to believe that everything ‘cooked up’ and modified in a lab is 100 percent safe, sustainable, and great for your health.

Used to be, before World War II, that the most common bananas were the Gros Michel, that were much sweeter and creamier. The Cavendish is really a second-rate banana, with a weak peel, and no genetic diversity.

Genetically mutated Franken-bananas are most likely to be green-lighted very soon by the USDA, who says manipulating genes in a laboratory in ways that nature could never do is basically the same thing that nature is doing, just slower. To the USDA, a gene-spliced toxin from a plant into produce, like corn, oranges or bananas, is next to natural, so why not? Answer: Because there are no safety tests run to see if it’s okay for humans to eat, that’s why not.

To say the scientists in the laboratories are using gene-editing techniques that are the same as what happens in nature is absurd, considering the gene-edited banana, where CRISPR-Cas9 modifications changed the Cavendish banana genome so that the plants actually turn out shrunken and white. Genetic engineering turned the bananas into albinos that were immune to TR4. Are they the TR4 “terminator bananas?” Run, it’s the “attack of the mutant Franken-bananas!” This is just another Frankenfood able to sidestep USDA GMO regulations. Remember those “browning-resistant” mushrooms?

Maybe soon they will invent so-called “CRISPR-style vaccines” that genetically modify human DNA so those injected bodies will fail to fight off infection against specific lab-concocted viruses… wait… they already did. That’s called ADE from mRNA.

Shall we all continue to seek out organic food and locally-grown food that does not contain pesticides or insecticides or herbicides? Most definitely. Eat clean. Drink clean. Seek natural medicine. Avoid anything these pharma goons and Bill Gates are funding in their secret Franken-labs. It’s all just population reductionism.

Tune your food news frequency to FoodSupply.news and get updates on more toxic foods and food shortages coming to stores near you.