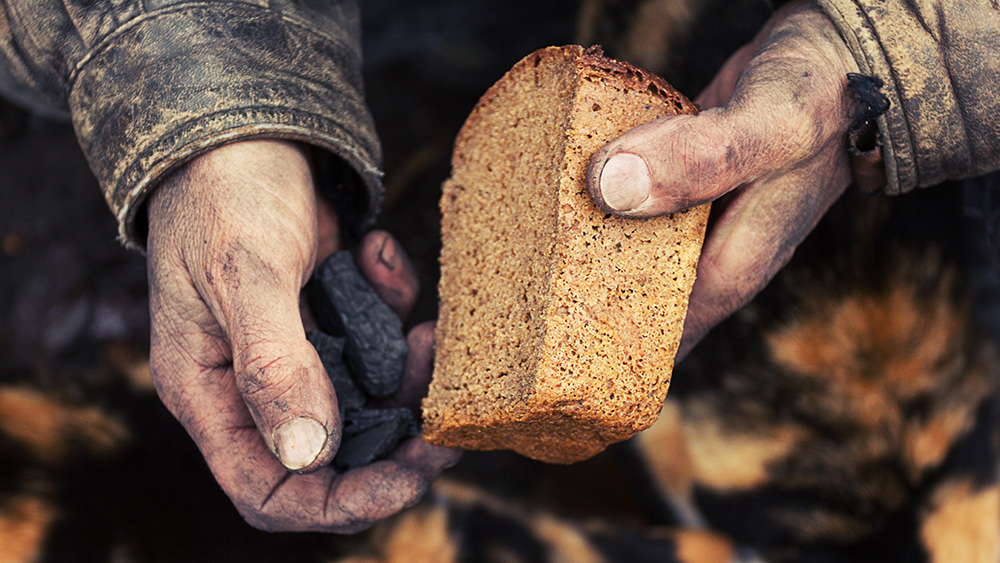 Many hard-working Americans are no longer able to afford basics like food amid skyrocketing inflation.

According to reports, lines at food banks are lengthening as increasingly more people in the United States seek charitable donations to help their families survive the ongoing economic crisis.

Inflation right now is at a 40-year high, and gas prices are higher than they have ever been. This is hitting even the middle class – what remains of it, anyway – hard as working families struggle to put food on the table.

Many food banks do not have enough food to go around, however. Some relief was seen after the Wuhan coronavirus (Covid-19) plandemic ended, however the bounce-back was not nearly enough to handle the onslaught of struggling families looking for food, cash and other assistance.

“It’s really impossible to get by now without some help,” says Tomasina John, who recently visited the St. Mary’s Food Bank in Phoenix – her first-ever visit to a food bank. “The prices are way too high.”

“It’s a real struggle,” added Jesus Pascual, a janitor who was in the same line as John waiting for food from the facility.

Pascual now spends several hundred dollars a month on food for himself, his wife and their five children who range in age from 11 to 19. (Related: Since his time in office, Biden has done more to destroy America than perhaps any other “president” in history.)

John and Pascual are no longer the exception in America. All across the country, food banks are seeing first-time visitors who never thought they would end up in a bind like this.

SNAP, the federal food stamp program that covers some 40 million Americans, recently and temporarily increased benefits, but it may not be enough to keep everyone healthy and fed.

“It does not look like it’s going to get better overnight,” says Katie Fitzgerald, president and chief operating officer for the national food bank network Feeding America. “Demand is really making the supply challenges complex.”

One silver lining is that charitable food distribution is now higher than it was pre-plandemic. At the same time, there are now more people in need and not enough supply to go around.

Keep in mind that corporate profits reached obscene levels throughout the plandemic, even as small-scale family farms and locally owned businesses were forced to close because of lockdowns and other tyranny.

A massive transfer of wealth took place, making the already rich that much richer and middle- and lower-class people that much poorer. The plandemic, in other words, was a tool that the government used to create an even greater rift between rich and poor.

This is the kind of thing that happens in third-world countries, by the way. The rich always seem to get richer while the poor and the hard-working end up getting the shaft by their so-called “leaders.”

“Last year, we had expected a decrease in demand for 2022 because the economy had been doing so well,” said Michael Flood, CEO of the Los Angeles Regional Food Bank. “This issue with inflation came on pretty suddenly.”

“A lot of these are people who are working and did okay during the pandemic and maybe even saw their wages go up, but they have also seen food prices go up beyond their budgets.”

The latest news about the food shortage in America can be found at Collapse.news.