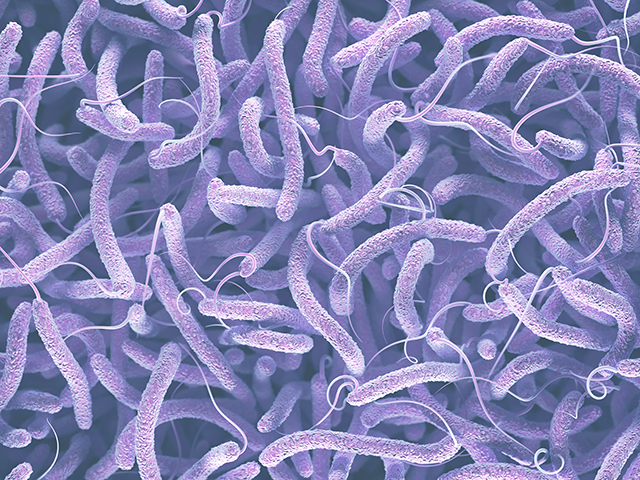 The Bill Gates-funded and Chinese Communist Party-controlled Wuhan University (WHU) has reported at least one case of cholera, sparking fears that the infectious disease might spread throughout the city.

Cholera is a virulent disease that can spread through contaminated food and water and causes a variety of terrible symptoms like acute diarrhea. It is relatively rare in China, and the last case was found in March. Only five cases were detected last year and 11 in 2020, but no deaths.

The university is less than two miles away from the Wuhan Institute of Virology, where the coronavirus is believed to have originated.

According to reports, just one student from WHU was diagnosed with the illness. But this single case has spurred a massive panic, with the university administration and the local health department locking down venues in the campus and near it for disinfection.

At least three close contacts of the patient and about 250 other people were tested for cholera. The school is operating normally and no further cases have been detected so far.

It should be noted that Gates, through the Bill and Melinda Gates Foundation, has donated around $750,000 to WHU. Nearly $500,000 of this was to help “establish international research networks and data sharing platforms as well as develop policy recommendations for improving the medical insurance system in China.”

The foundation provided WHU with an additional $127,000 in Jan. 2021 despite evidence having surfaced by that time revealing COVID-19’s lab origins in Wuhan. (Related: Wuhan lab where coronavirus is believed to have originated eligible for TAXPAYER FUNDING until 2024.)

As a public university, WHU is owned by the state and therefore has significant ties both to the central government in Beijing and the CCP. Most higher educational institutes in China are state-controlled, and the CCP has in recent years exerted more control over these universities by forcing them to amend their charters to emphasize unswerving loyalty to the CCP. These amendments have also downgraded or fully erased language about academic freedom and noted that the communist party committee present in the university is “the core leadership of the school.”

While this is the most recent cholera case found in humans, cholera is actually more widespread in Wuhan. In the city’s infamous wet market, at least four softshell turtles sold there tested positive for a pathogen capable of causing cholera.

The four softshell turtles were discovered during a health inspection, and local authorities immediately disinfected the area following the conduct of an epidemiological survey and environmental sampling. The infected animals were “properly disposed of,” and the stall that sold the animals was ordered to shut down for three days.

Persons in close contact with the turtles that had the pathogens were all forced to take tests to see if they had cholera. All tests turned out negative.

Health authorities claimed that the cholera strain found in the infected WHU student – vibrio cholerae O139 – was unrelated to the contaminated samples found in the market.

Officials are also tracking unspecified products that have been shipped elsewhere that may contain the same pathogens, suggesting that a bigger cholera outbreak could occur if the products are not immediately found and disposed of.

“The detection of vibrio cholerae O139 … does again remind us that wet markets, while culturally and economically important in Asia, have associated with them various public health risks,” warned Andrew Greenhill, a microbiology professor at Federation University Australia.

This video is from the No Sugar Added channel on Brighteon.com.