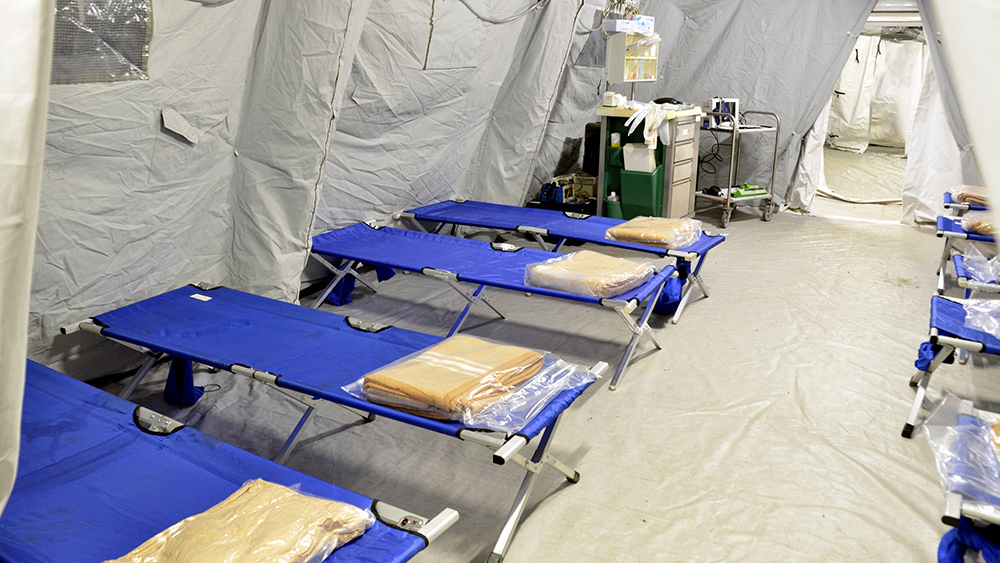 More than two years have passed since the “national emergency” was first declared, and hospital administrators are having a harder time going along with the narrative. Now, one of the largest hospital systems in Southern California finally diverted from the narrative. At a recent press conference, Brad Spellberg, chief medical officer of Los Angeles County and epidemiologist Paul Holtom rebuked the corporate media and took a swipe at the government’s terror tactics.

“It is just not the same pandemic that it was, despite all the media hype to the contrary… Spellberg said. “I mean – a lot of people have bad colds is what we’re seeing.”

Los Angeles County health director Barbara Ferrer just declared that the county was in a “high” level of Covid transmission. If she could convince 10 million LA residents that this “high” level of COVID transmission is real for another two consecutive weeks, she could then impose a new indoor mask mandate, per her own made-up rules.

Just one day after Barbara Ferrer tried to con Los Angeles into further oppression, epidemiologist Paul Holtom spoke at a press conference, rebuking the narrative. “As of this morning, we have no one in the hospital who had pulmonary disease due to Covid. Nobody in the hospital….NOBODY.”

Chief Medical Officer Brad Spellberg presented the actual case data and hospital admission data. “The numbers at [LAC+USC] Covid-positive tests have continued to go up, but this isn’t because we’re seeing a ton of people with symptomatic disease being admitted,” Spellberg said. “We’re seeing a lot of people with mild disease in urgent care and [emergency department] who go home and do not get admitted.”

Spellberg iterated that it has been “months” since the hospital has seen a COVID cases that requires ICU admission. He said the COVID ICU admissions usually present with an “auto-immune attack of the nerves that may or may not be Covid-driven.”

When covid-19 propaganda and medical tyranny first swept the nation, hospital CEOs and administrators largely kept their mouths shut. Lock downs ensued, and people across the nation did not receive critical health care services in their time of need. Patients were unduly isolated from their families and subjected to deadly remdesivir, sedation and ventilator protocols. These issues are still taking place in hospitals nationwide.

A “national state of emergency” allowed hospitals to enjoy financial incentives every time a fraudulently-calibrated PCR test presented false evidence for a covid-19 diagnosis. Under this medical tyranny, a patient’s true cause of death does not matter. If covid-19 is “suspected” or “could not be ruled out,” it is codified as the cause of death. Worse, this ongoing “national emergency” allows hospital staff to enjoy indemnity from medical error and iatrogenic death — which is one of the top causes of death in the US.

The PREP Act enabled the Department of Health and Human Services to issue broad immunity protections to health care professionals who administer or use countermeasures during the national state of emergency. The CARES Act, signed into law on March 27, 2020, provided federal liability protections for volunteer health care professionals. The Biden regime renewed the medical tyranny and signed a new decree in February of 2022, allowing the national state of emergency and all of its liability protections to persist.

Hospital administrators may be hesitant to stand up to oppressive government protocols and fear-mongering media, because they are afraid of losing their liability protections. But now, finally, the tide may be turning.