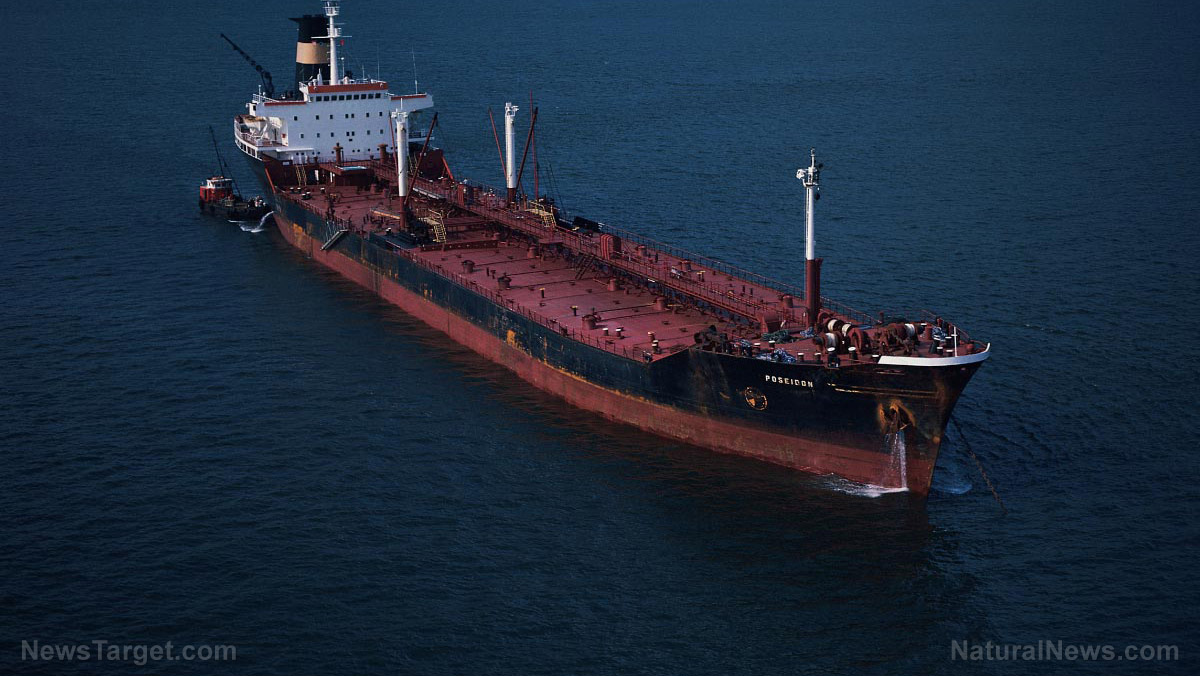 Whoever is running Joe Biden’s foreign policy is an amateur who has no idea how the real world works.

That person would not be Secretary of State Antony Blinken, who is probably one of the least-capable people to have been put into that position. It’s more likely Susan Rice, former President Obama’s national security adviser who is still working for him and essentially implementing his policies through our dementia puppet president.

That would explain why the U.S. and their Western lackeys imposed ‘economic sanctions’ on Russia following its invasion of Ukraine without having any real enforcement mechanisms.

Included in a basket of Russian goods, services and commodities allegedly sanctioned by the West is Moscow’s biggest export — oil. Only, the wily Russian President Vladimir Putin and his extremely worldly foreign policy team have found a way to circumvent the sanctions.

According to Business Insider, oil shippers are continuing to take on Russian crude by “going dark,” to include paying for the oil in Chinese currency, the yuan, and exchanging weapons for Russian crude:

Oil shippers are using several tactics to conceal that their crude cargoes are from Russia, sources told the Guardian, as Europe and the US try to stem imports.

At the same time, concerns are growing that India, which has snapped up Russian oil at discounted prices, has the potential to be used as a “back door” for those supplies to enter Europe, the Guardian reported Sunday.

One workaround being used to mask the origin of Russian oil is paying in China’s yuan rather than the US dollar, the standard currency for trade, sources told the newspaper. Alternatively, sellers will exchange Russian oil for goods like gold, food or weapons instead of a currency.

Trading between the yuan and Russia’s currency, the ruble, has skyrocketed nearly 1,100 percent since Russia invaded Ukraine on Feb. 24. That is mostly seen as a means of the two great powers bolstering their alliance and strengthening ties as a means of weakening U.S. and Western global influence.

“Another masking ploy is to make ship-to-ship transfers of Russian oil on the high seas, which typically involves a Russian ship unloading oil to another vessel from a neutral party,” Business Insider reported, citing an old sanctions-busting tactic that has been used for decades. “That’s increasingly becoming common practice as a way to hamper tracking and as buyers try to keep quiet any affiliation to sanctions-hit Moscow.”

In order to make such transfers, vessels are “going dark” which means that shippers switch off tankers’ ID systems in order to make it harder to monitor their movements.

“If a country or oil operator wants to hide the source of crude or oil products, it can very easily do so,” Ajay Parmar, an oil market analyst at ICIS, told the Guardian.

It’s not illegal to trade in Russian oil, but doing so undermines the West’s efforts to hurt Moscow financially so that it is more difficult to fund the ongoing war in Ukraine. The European Union previously agreed to ban seaborne imports of Russian oil by year’s end, while the U.S. and the United Kingdom have also imposed their own sanctions regimes.

However, Greece, Malta and Cyprus have doubled the amount of Russian oil they ship since the beginning of the conflict. Also, Russian oil products are most likely winding up in the U.S. after they are refined in India, reports note.

There are mounting concerns that the same thing is taking place in Europe, as India is used by Moscow as a back door. India and China have also ramped up their purchases of Russian crude at bargain-basement prices over the past few months and now, together, they account for nearly 50 percent of Russia’s oil exports by sea.

Nirmala Sitharaman, India’s finance minister, has defended the massive number of Russian oil purchases. He said that his government is merely acting in the interests of the Indian economy, according to The Wall Street Journal.