Uncensored and Independent Media News
Home
Health Freedom
Second Amendment
Prepping
Survival
Censorship
Subscribe
SHOP
Popular Articles
America has more oil than ALL of Middle East, so why isn’t THAT all over the news?
04/11/2022 / By S.D. Wells / Comments
Bypass censorship by sharing this link: 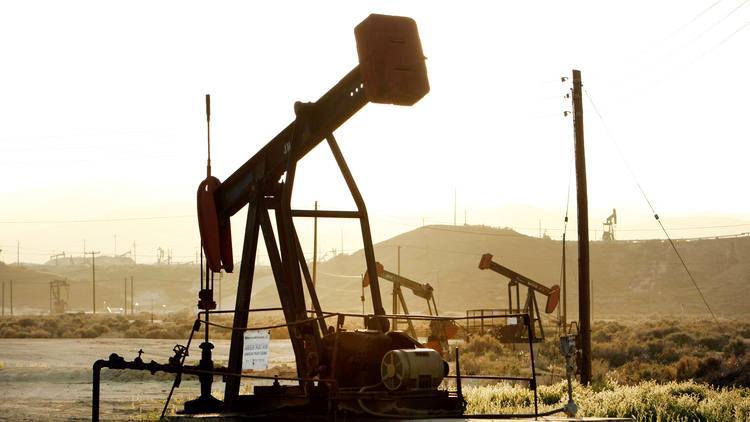 Ever heard of the Bakken? It’s a stretch of land that connects Canada to North Dakota, and on down into Northern Montana. New technology now makes major oil wells available, including the Bakken reserves, or Williston Basin, that we couldn’t access before, even though we knew they existed. This is ready and accessible on western US territory, 1,000 feet below the base of the Rocky Mountains, at an estimated 500 billion barrels’ worth, or more. That’s enough crude to fuel America 100 percent for the next two decades. That means total independence from Russia, Canada, Saudi Arabia, Columbia and Mexico.

“Big Oil” has not had the technology to access Bakken, beneath the Rocky Mountains, to this point. But the new technology changes the whole game. Gas prices in the U.S. could be down to $15 a barrel, and we’ve known this since April, 2006 from the World Stansberry Report Online. Our gas prices could be cut down, back below $2 a gallon, or better. The Biden Regime is missing out on the largest untapped oil reserve on planet Earth, what could easily equate to two trillion barrels, and in a short amount of time.

The Bush family, back in 2005, actually mandated for the extraction of oil from Bakken. Bigger than the Prudhoe Bay oil reserves in Alaska, Bakken would eliminate all U.S. reliance on foreign oil, as described by the Energy Information Administration (EIA).

Delivery of misinformation can also mean leaving out vital information, like when they speak of the “whole truth” in court

We have a sordid history of fuel and food rationing in the United States. Politicians who embezzle and go to war over false pretenses love to blame a scarecrow (Russia or Saddam Hussein) for all the American economy ills, when we could run our own country 100 percent independent of these foreign adversaries and so-called “allies.”

State of the art oil-drilling technology enables U.S. to drill beneath the Rocky Mountains and access a trillion barrels of clean oil

First there was the industrial revolution, now there’s the technological revolution, but for some reason, the U.S. does not want to utilize it to become energy and fuel independent from the rest of the world. Oil drilling has been around for over 100 years, but as of late, it has changed the whole face of locating and extracting this invaluable commodity.

We’re not talking about rotary drills anymore. Today’s gas and oil-locating and oil-extracting technologies and innovations include seismic imaging, hydraulic fracturing, horizontal drilling and measurement-while-drilling (MWD) systems. Hydraulic fracturing is very important for oil drilling where rocks that contain the oil do not have large pores for oil to flow from. The old way of drilling a well would be next to useless in the Rocky Mountains.

Instead, now drillers inject a combination of water and chemicals in wells that create enough pressure to make fractures in the rock formations that are hundreds of feet long. They then fill those fractures with a mix of sand, pellets, and fluids, allowing oil to flow freely from the rocks.

Today, hunting for new oil doesn’t mean walking around looking for some that has bubbled to the surface, because we now have 3-D seismic imaging technology. Using sound that bounces off materials, geologists, engineers, and geophysicists have already estimated how much oil is in the Bakken reserves, after studying surface rock formations, magnetic fields and even slight variations in gravity.

Plus, horizontal drilling technology assists with increasing productivity and digging under environmentally protected and/or sensitive land. This technology has been around since the 1980s but continues to improve every year. Watch this short informative video that shows exactly how we could be tapping the Bakken Reserves beneath the Rocky Mountains right now.

Remember, fake news and the communists in Washington D.C. do NOT want anyone to understand how self-sufficiency works – neither for our country nor for yourself. They want everyone relying on Big Government to save everyone from catastrophe, so we will continue to pay exorbitant prices for raw materials, food, fuel and medicine.

Do your own research, and don’t use Google. Try the search engine Brave BETA and get more truth news and real information. Tune your internet dial to RealScienceNews.com for breaking stories about how to use natural resources to your advantage.