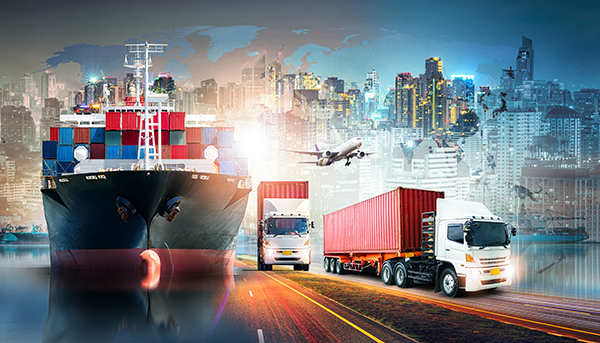 The United States has spent the past two years dealing with supply chain problems. The ongoing conflict in Eastern Europe between Russia and Ukraine is expected to make the situation even worse.

The added strain to America’s supply chains comes as the conflict causes the price of crude oil to surge to over $100 per barrel for the first time since 2014. This is making it more costly to ship goods, effectively increasing prices for consumers.

Import bookings for Russian goods have declined by more than 40 percent since the start of the invasion of Ukraine. Analysts expect it to fall further, which will result in an estimated 75 percent increase in goods by value.

Such a move would put the value of Russian imported goods at its highest level in a decade.

“Many companies have realized that geopolitical risk has become one of the biggest threats to supply chain management over the past four years,” said market expert and analyst Zach Strickland.

He noted that many of America’s largest trading partners, including Germany and China, have strong ties with Russia. The strength of these ties will have a reverberating effect on the American economy.

Europe’s reliance on Russian oil, for instance, has already made spot rates for 40-foot equivalent containers in shipping vessels rise by 16 percent.

Pedro Reyes, an expert on supply chain management at Baylor University in Texas, said in an interview with 25 News that the agriculture industry will be hit the hardest by the resurgence in major supply chain concerns. (Related: Russia-Ukraine crisis will put even more strain on the global food supply, driving up prices of wheat and corn around the world.)

“Our food supply is literally going to suffer the most,” said Reyes. “I see less and less [food imports] will be coming [from Europe] because of this crisis up there.”

Other industries that may be at risk include the auto industry, which is already struggling with shortages and delays in electronics and other essential parts.

Many international corporations that rely on Ukrainian labor, from drink bottling companies to automobile manufacturers, are shutting down production as conflict in the country escalates.

Japan Tobacco Inc., which has a factory in central Ukraine that employs 900 staff, has halted operations. Coca-Cola HBC said it enacted “contingency plans” to protect its workers, including halting production, closing its workplaces and asking colleagues in the country to remain in their homes.

Danish beermaker Carlsberg, which has 1,300 workers in Ukraine, halted operations at two of its three breweries in the country and sent workers home. Nestle, which has several workplaces in Ukraine and employs 5,000 workers, temporarily closed three of its factories.

Several Japanese shipping companies, which have operations in Ukraine, said the Black Sea will be classed as a higher-risk area starting March. This will increase insurance premiums for shipping goods through the sea. It is unlikely this classification will change for the better until the conflict ends.

“There have been no maritime incidents but the possibility of a miscalculation is clear,” warned British insurance corporation Lloyd’s of London.

Even land transportation routes are in danger. Luca Silva, CEO of pumps and components maker ITT, which operates a factory in Ukraine, said transportation of consumer goods and raw materials from China to Europe “will be impacted by this war.”

Companies turned to rail transport as the costs of shipping goods by sea surged. The unavailability of feasible land transportation routes puts European and Asian supply chains at risk.

The economic situation in the region is expected to worsen as Japan and Europe place more sanctions on Russia for the invasion.

“Disruptions to the flow of [raw materials from Russia] would have a costly effect around the world, particularly in Europe and North America,” warned Fitch Solutions Country Risk & Industry Research.

Strickland warned that, as the conflict continues over the next few weeks, companies both foreign and American need to reconsider their international trade relationships. He added that companies should also spare a thought to the people suffering due to the fighting.

“War is a terrible thing and there are many consequences much worse than continued supply chain disruptions and inflation,” he said. “Here’s to hoping for a swift resolution and a positive outcome for the individuals whose lives are in danger through no fault of their own.”

Russia, which produces two-thirds of the world’s ammonium nitrate (fertilizer), will not be exporting it at least for another month.

Bank runs begin in Russia, serving as a reminder for ALL people to question the stability of all banks around the world.

Listen to this episode of the “Health Ranger Report,” a podcast by Mike Adams, the Health Ranger, as he talks about the possibility of food riots erupting in the United States.

Learn more about how the current conflict in Ukraine is dealing damage to the global economy and worsening the supply chain crisis at MarketCrash.news.