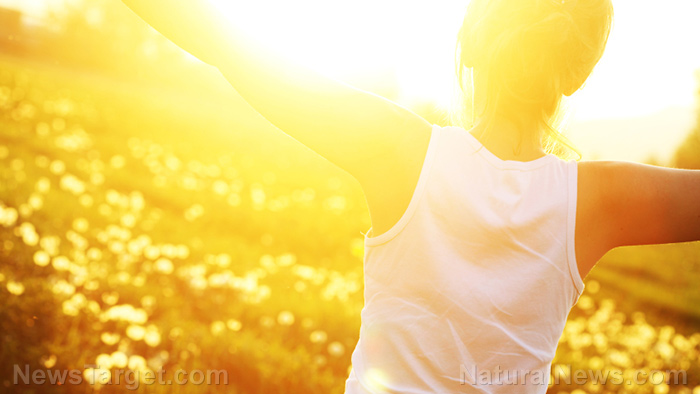 Israeli scientists say they have collected the most convincing evidence yet that vitamin D is a powerfully effective remedy for the Wuhan coronavirus (Covid-19).

Researchers from Bar Ilan University and the Galilee Medical Center say that vitamin D is so effective at preventing serious illness or death that it can now be predicted how a person will fare based on nothing more than his age and vitamin D levels.

Vitamin D deficiency, they found, is a major risk factor for infection. The lower a person’s levels, the greater his chance of getting sick, the peer-reviewed research, which was published in the journal PLOS One, revealed. (Related: Check out this vitamin D guide to learn more about how the sunlight nutrient supports health.)

The study is based on research that was compiled during Israel’s first two “waves” of the virus, which occurred before the so-called “vaccines” were introduced under Operation Warp Speed.

Even though the Middle East receives lots of sun, vitamin D deficiency is said to be widespread there. In Israel, four in five people, or 80 percent, are said to be low on the vitamin, according to a 2011 study.

Supplementing with vitamin D3 (cholecalciferol) can help to rectify this, as can exposing one’s skin to natural sunlight, especially during the summertime.

“We found it remarkable, and striking, to see the difference in the chances of becoming a severe patient when you are lacking in vitamin D compared to when you’re not,” said Dr. Amiel Dror, a Galilee Medical Center physician and Bar Ilan researcher who helped conduct the new research.

While the study was conducted pre-Omicron (Moronic), the fundamentals of the situation remain unchanged. No matter the “variant,” vitamin D provides powerful protection against infection.

“What we’re seeing when vitamin D helps people with COVID infections is a result of its effectiveness in bolstering the immune systems to deal with viral pathogens that attack the respiratory system,” Dror added in a statement to The Times of Israel.

“This is equally relevant for Omicron as it was for previous variants.”

Health authorities in Israel and several other countries are recommending that people supplement with vitamin D if their levels are low. Back in June, preliminary findings revealed that more than one in four coronavirus patients died if they were deficient in vitamin D compared to just three percent of patients with normal levels.

Patients deficient in vitamin D, that same research determined, are also 14 times more likely, on average, to end up in severe or critical condition, or to die from infection.

“We checked a range of timeframes and found that wherever you look over the two years before infection, the correlation between vitamin D and disease severity is extremely strong,” Dror added.

“Because this study gets such a good picture of patients’ vitamin D levels, by looking at a wide timeframe instead of just the time around hospitalization, it offers much stronger support than anything seen so far emphasizing the importance of boosting vitamin D levels during the pandemic.”

Dror further emphasized that his team’s research took every relevant variable into account, rendering the findings solid and supported by complete data.

“People should learn from this that studies pointing to the importance of taking vitamin D are very reliable, and aren’t based on skewed data,” he said.

“And it emphasizes the value of everyone taking a vitamin D supplement during the pandemic, which, consumed in sensible amounts in accordance with official advice, doesn’t have any downside.”

More related news about natural remedies for disease can be found at Cures.news.