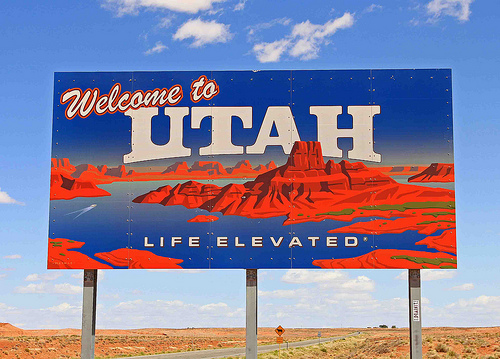 A new policy in the “red” state of Utah prioritizes “people of color” above whites when it comes to accessing treatment for the Wuhan coronavirus (Covid-19).

A 25-year-old whose parents were born in Cuba, for example, can now be offered monoclonal antibodies instead of a 62-year-old “white race” American simply due to skin color.

This “progressive” guideline can be found on Page 6 of Utah’s Monoclonal Antibody Allocation Guidelines document.

Some health systems in Texas are doing the same thing by sending non-whites to the front of the line, while whites are told to get to the back of the bus.

Certain other factors are also being considered in the prioritization list such as obesity and other preexisting health conditions. Still, a young, healthy non-white person now has priority access over an elderly white person, generally speaking.

Tucker Carlson covered the issue as well (watch below). He calls this “collective punishment” against white people for the perceived injustices they supposedly inflicted on non-white people.

Since Carlson still has a show on Fox News, the segment is extremely sanitized. Carlson contends that there was “no treatment” available for the Fauci Flu until Donald “father of the vaccine” Trump’s Operation Warp Speed “vaccines” came along.

Carlson seems to support said vaccines, which right off the bat calls into question his perspective on the matter. Even so, he remains one of the prominent voices that many conservatives listen to, and he did address this race-based medicine issue.

Carlson first brought up the fact that Joe Biden’s regime plotted out a race-based medicine protocol before Hunter’s dad was even installed into the White House. They then started trying to ration out the injections to non-whites as a first priority, and are now apparently doing the same with monoclonal antibodies.

“Never in American history, modern history in any case, has the federal government made it official policy to withhold lifesaving medical treatment from Americans on the basis of their skin color,” Carlson said. “But that’s exactly what the CDC did.”

While it would seem as though the intent of all this is to rile up whites and make them feel as though they are missing out and being discriminated against, it is important to recognize the reverse psychology at play here.

Firstly, the so-called “vaccines” are not something that white people, or any other people for that matter, want injected into them due to the dangers involved. Just because there is race-based discrimination supposedly going on with how they are being administered does not necessarily mean that they are desirable to get.

The same goes for monoclonal antibodies, which are called a “passive vaccine” because of how they work.

Regeneron Pharmaceuticals, Inc. calls its REGEN-COV formula a passive vaccine right on its website. What do we really know about this “alternative” to the primary vaccines that leads us to believe it is any safer or more effective?

“This would matter if healthcare mattered,” is how one commenter put it.

“Since it has become mandatory that you agree that if I, with XX chromosomes, claim to be a woman that I am a woman, why can’t I magically become a ‘woman of color?'” joked another.

“Everything in that list is ‘fluid,'” suggested another, echoing that same point. “Just tell them what you are until the proper number appears.”

“In medicine you are supposed to triage medical care based on individual medical need, not based on group identity,” wrote yet another about how real medicine works.

The latest news about how the Fauci Flu is destroying society can be found at Collapse.news.