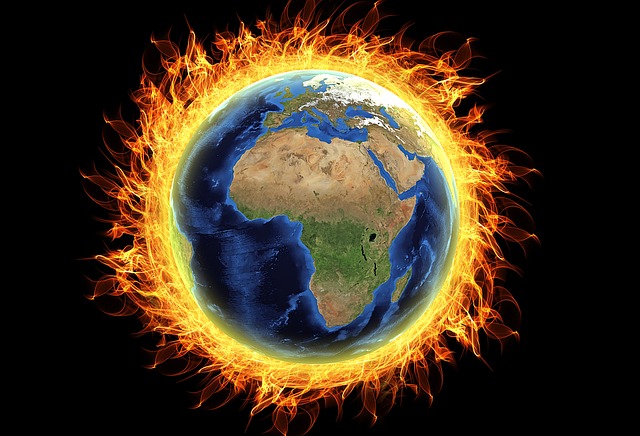 Before the findings, the United Nations-backed Intergovernmental Panel on Climate Change (IPCC) confidently said in its First Assessment in 1990 that global warming is a great deal and a climate emergency. But given the succession of long periods without global warning as shown by HadCRUT4 data set, it is safe to say that the IPCC’s warning is way off the mark.

Journalist and blogger Christopher Monckton noted that the West is self-destructing due to its belief in global warming, which has benefited China and Russia. Europe, Monckton said, is more and more dependent on Siberian methane, the price of which continues to rise. Presently, the price of methane gas in Europe is six times higher than in the United States.

China, on the other hand, now controls most of the industries the West has closed down. Those industries actually emit far more CO2 per unit of production than the businesses the West has shuttered because of fears on the imaginary global warning. (Related: PROOF that NASA is faking global temperature data to push the false global warming science fraud.)

Thus, the working class in the U.S. is affected greatly with job losses being made worse by rapidly rising fuel and power prices.

China takes over as West cowers over climate change fears

The election of a communist as Chile’s president also poses a big problem for the West. Chile owns the last substantial lithium field in the world which is not under Chinese control. It will be no surprise if China soon takes over the Chilean lithium reserves just like what it did in Africa, Tibet and Afghanistan.

Monckton noted that totalitarian administrations, such as that of the United Kingdom, is imagining climate emergency – giving as example the situation in rural Cornwall. He predicted that the first political party to find the courage “to oppose the global warming nonsense root and branch” will sweep the board at the next elections.

“There is no more of a climate emergency today than there was in 2012, so the only reason for declaring one now is not that it is true (for it is not) but that it is politically expedient,” wrote Monckton.

The political leadership in the West, said Monckton, is committing economic suicide as it allowed high-energy industries to be wasted because of the fear of imagined global warming. “Whole industries are have already been or are soon to be laid waste – coal extraction, distribution and generation (and, therefore, steel and aluminum); oil and gas exploration and combustion; internal-combustion vehicles; and a host of downstream industries which will create joblessness and hardship to income earners,” he wrote.

Watch the full video below about the truth about global warming.

This video is from the WakeUp channel on Brighteon.com.