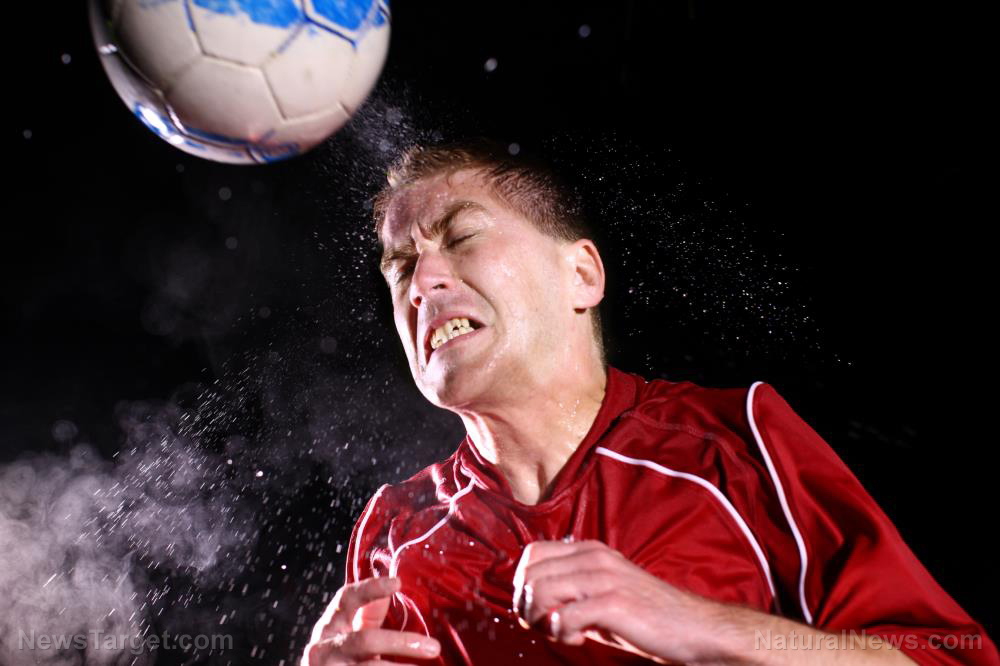 At least three more professional European soccer players have experienced breathing difficulties and chest pains while playing, spurring fears that the events may be linked to the Wuhan coronavirus (COVID-19) vaccines.

Victor Lindelof, Martin Terrier and Piotr Zielinski, all of whom compete with some of the top teams in European leagues, were all unable to finish their games earlier this month due to sudden and inexplicable breathing problems and chest pains.

On Dec. 12, Sunday, Napoli midfielder Zielinksi had to forfeit a Sunday Serie A league match after playing for only 16 minutes. Early in the game, the 27-year-old player told medical staff that he was having trouble breathing.

Alarmingly, Zielinksi “was seen holding his neck, coughing and gesturing that he was struggling to breathe.” Club officials at Napoli reported that he tested negative for COVID-19 after being treated off the field.

Data from an October report in Football Italia revealed that at least 98 percent of Serie A team members were vaccinated against coronavirus, although it is still unclear if Zielinski was among those who were inoculated.

Terrier, a 24-year-old striker for French Ligue 1 club Rennes, was forced to leave a Dec. 12 match against Nice after experiencing agonizing chest pain 30 minutes after the game started. Some also saw Terrier holding his chest as he was escorted by medics. (Related: Young and healthy people suffer TRAGIC side effects of COVID vaccines.)

A day earlier, 27-year-old Manchester United defender Lindelof was also assisted off the pitch. The player was also seen clutching his chest and he was treated on-field.

Ralf Rangnick, the team’s interim manager, shared that Lindelof’s heart rate was higher than normal for over 10 minutes. The player was shocked by his condition and he was replaced during the game.

Lindelof’s wife shared an update on the player’s condition on social media. She said that the player underwent several tests and wore a heart monitor for two days to “make sure everything is OK,” adding that the two of them were vaccinated against coronavirus.

In the U.K., the COVID-19 alert level was raised to four on Dec. 12 because of the spread of the omicron variant.

Back in June, the Centers for Disease Control and Prevention (CDC) acknowledged the link between myocarditis, a dangerous inflammation of cardiac tissue, and the mRNA vaccines Pfizer and Moderna.

As of writing, the Vaccine Adverse Event Reporting System (VAERS) has documented an estimated 16,918 cases of myocarditis and the related condition pericarditis (inflammation of the tissue surrounding the heart) since the start of the COVID-19 vaccine rollout in December last year.

On Dec. 15, Sergio Aguero, a 33-year-old Argentinian professional football player, tearfully announced his retirement in an interview. He was rushed to the hospital after he complained of chest pains and breathing problems during an October match.

Aguero was also vaccinated and he promoted uptake among 12-year-olds in a local Spanish publication. According to reports, Aguero had a heart operation when he was 15 that could have contributed to his current condition.

Former England soccer professionals Matt Le Tissier and Trevor Sinclair both expressed their concerns about the reports of sudden chest complaints among professional athletes in recent weeks. Both suggested that the side effects of the COVID-19 vaccines should be investigated to shed light on the matter.

Watch the video below to know more about vaccines, myocarditis and pericarditis.

Read more articles about the negative side effects of COVID-19 vaccines at Pandemic.news.