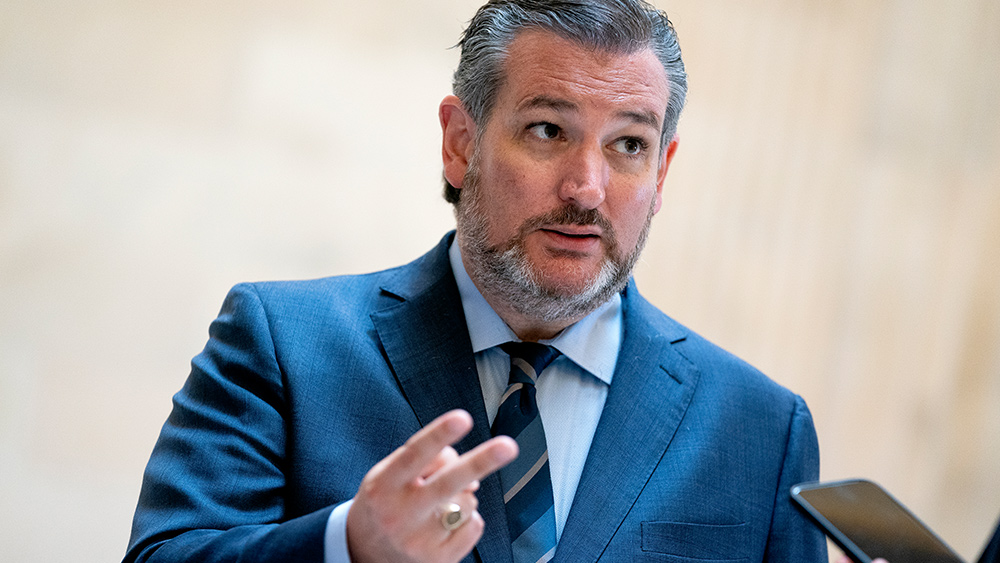 Sen. Ted Cruz gets zero credit from the left, but he’s actually one of the smartest guys in Congress.

A graduate of Princeton and Harvard universities, the Texas Republican knows the Constitution backward and forward. What’s more, as the third Texas Solicitor General, he successfully argued Lone Star State cases before the U.S. Supreme Court.

So when he makes statements about the integrity of the union as it pertains to the current course of our political direction, he should be listened to and, more importantly, taken seriously.

Though he doesn’t favor secession now, Cruz said recently that should remain a distinct option for Texas if the current crop of Democrats in the White House and Congress manage to get their Marxist agenda pushed through Congress.

“If the Democrats end the filibuster, if they fundamentally destroy the country, if they pack the Supreme Court, if they make D.C. a state, if they federalize elections, if they massively expand voter fraud, there may come a point where it’s hopeless,” Cruz said while speaking at an event at Texas A&M last month.

Cruz was responding to a question from a student in the crowd asking how he felt about a current movement in Texas to secede.

“I think Texas has a responsibility to the country, and I’m not ready to give up on America. I love this country,” the child of Cuban immigrants said.

He also added that Texas has an added responsibility to the U.S. as it is currently “an amazing force keeping America from going off the cliff” and “keeping America grounded in the values that built this country.”

However, he emphasized that the country isn’t at that point where Texas would secede and while he doesn’t support the movement, he “understands the sentiment behind it.”

“We’re not there yet, and if there comes a point where it’s hopeless, then I think we take NASA, we take the military, we take the oil,” Cruz said quipped.

Earlier this year, a state lawmaker kicked off the “Texit” movement.

“Today, I filed HB 1359, the Texas Independence Referendum Act. For decades, the promises of America & our individual liberties have been eroding. Now is the time for the People of Texas to have the right to decide their own future,” Republican lawmaker Rep. Kyle Biedermann wrote on Twitter.

If voters say yes, then a committee would be formed to study the matter and make recommendations regarding the best way to break away from the rest of the country, including advice for how to amend the state Constitution to accommodate the proposed nation and recommendations for issues that would have to be negotiated with the U.S. government such as a common travel agreement.

“This Act simply Lets Texans Vote. This decision is too big to be monopolized solely by the power brokers in our Capitol. We need to let Texans’ voices be heard!” Biedermann said in a statement.

“Voters of all political persuasions in Texas can agree on one thing: Washington D.C. is and has been broken. Our federal government continuously fails our working families, seniors, taxpayers, veterans and small business owners. For decades, the promises of America and our individual liberties have been eroding. It is now time that the People of Texas are allowed the right to decide their own future. This is not a left or right political issue. Let Texans Vote!” he added.

Could the movement actually be successful? Didn’t the U.S. Supreme Court actually rule in a Texas case in 1869 that secession was not constitutional?

Yes, says Biedermann, but he adds that his bill isn’t “secession,” per se.

“This is not about war, this is not about actually seceding from the United States,” he told Newsmax TV earlier in January. “This is about the beginning of a process, an act, just like Brexit.

“Brexit was a vote of the people and then five years of a process” to gradually separate, he added.