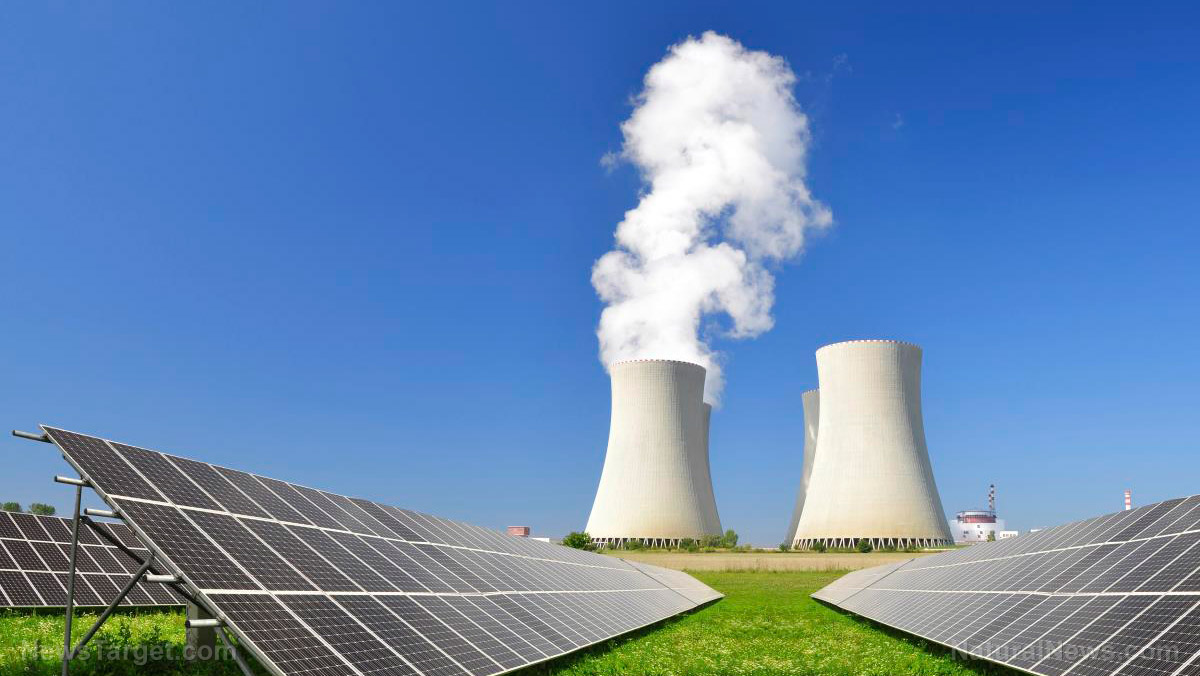 Climate activists are better off campaigning against nuclear energy and the possibility of a nuclear war, a conservative think tank has recommended.

According to the Center for Research on Globalization, this is because the unregulated use of nuclear power has a much greater impact on the environment and climate compared to carbon dioxide and other fossil fuel emissions.

In addition, Michel Chossudovsky, a professor of economics at the University of Ottawa and an editor at Global Research, noted that not only are climate activist groups such as Climate Action, the Climate Leadership Council and the Climate Institute wasting their energy campaigning against the fossil fuel industry, they are also being unwittingly used by corporations — some of which are even connected to Big Oil — to push the latter’s own financial agendas.

In addition, Chossudovsky also stressed that instead of focusing solely on the role of fossil fuels in our current climate, activists must instead look at the continued use of nuclear energy. He claims that the latter is a far more dangerous ticking time bomb compared to carbon dioxide and other fossil fuel emissions that can be found in the environment.

According to the group, while many organizations, government officials and media outfits are trying to impose the idea that nuclear energy is an appropriate and indispensable solution to fight climate change, the reality is that it isn’t.

They’ve stressed that not only would nuclear power’s contribution to the power grid be minor at best, it would also be too late to have any significant positive impact on the environment as a power source. (Related: ENDANGERING the Pacific Ocean: Japanese proposal to dump radioactive water from disabled nuclear power plant gets APPROVAL.)

Aside from that, nuclear power is also dangerous and expensive, with the price of nuclear reactors having risen in the past few years.

Other potential environmental and health problems linked to nuclear power include the following:

Nuclear power is one of the “dirtiest” power sources in existence, the main reason being its dangerous byproducts such as spent nuclear fuel and effluents, both of which are highly radioactive.

Compounding the problem, experts have revealed, is that these wastes — of which 300,000 t0ns have been accumulated worldwide — remain dangerous for up to several hundred thousand years, making them an environmental hazard.

Nuclear power plants are incredibly prone to accidents, as exemplified by the incidents at Fukushima and Chernobyl, both of which resulted in widespread contamination and destruction.

The Fukushima incident, the most recent of the two, resulted in global contamination, with radioactive elements detected not just in the food chain in Japan, but also in California.

Radiation from a nuclear attack can severely affect the Ozone Layer

According to a major study conducted in 2008, nuclear conflict can result in massive damage to the Earth’s Ozone Layer, thus enabling higher than “extreme” levels of ultraviolet radiation to reach the Earth’s surface.

This flood of ultraviolet radiation from the sun, coupled with nuclear radiation, can cause a drastic impact on humans and the environment, with experts noting that nuclear winter or at least a severe drought is likely to happen as an aftereffect of the incident.

As noted in several reports, it’s not just radioactive material from modern nuclear facilities that environmentalists and activists should be worried about — radioactive specks of dust from five decades ago are still floating all around us.

This is because over 2,000 tests involving nuclear weapons have been conducted since World War II, according to a report prepared by the United Nations Scientific Committee on the Effects of Atomic Radiation (UNSCEAR) to the U.N. General Assembly back in 2000. Of these, the majority of weapons came from the United States, followed by Russia.

According to the UNSCEAR report, these tests resulted in the unrestrained release of radioactive material into the environment. Most of these were widely dispersed in the atmosphere and then deposited on the Earth’s surface.

This, experts noted, likely led to the increase in cases of leukemia, as well as thyroid, lung and breast cancers around the world.

Nuclear energy, as much as it is paraded to be a “clean” alternative to traditional energy sources, is a very dangerous thing that cannot and must not be toyed with, as it can unleash destruction and environmental damage far worse than the one caused by the likes of carbon dioxide.

For more stories on the dangers of nuclear energy on the environment, visit Environ.news.