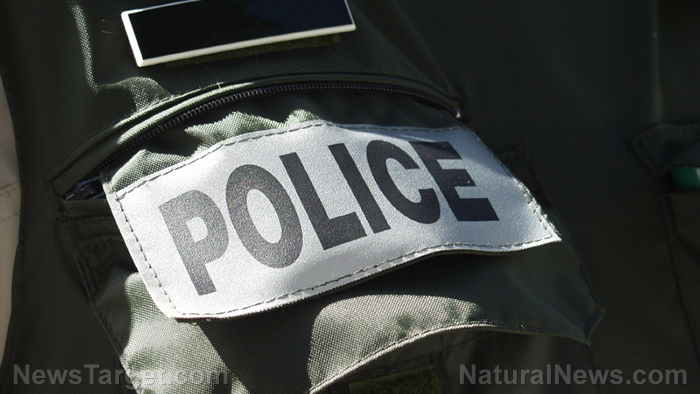 When police officers do something questionable, the mainstream media and social media are quick to pile on the heat, but when they save people’s lives, the silence is deafening. The mainstream media devotes a lot of coverage to rehashing the same stories of people who were killed by officers but refuses to report on the constant stream of new incidents where lives were saved by the police.

For example, in Northwest Houston last week, you might not have heard about how police saved two women from a burning home. The police officers noticed a house on fire while they were out patrolling by car. They contacted the Houston Fire Department, but the firefighters were delayed due to vehicles blocking the narrow road.

Police had trouble entering the home because the windows and doors had theft deterrent bars on them. In addition, the front door had a locked deadbolt on it that the women inside did not have a key for. However, the officers did not give up on the women, forcing their way into the burning building to bring them to safety. They ultimately managed to save the lives of the two women and three dogs who were trapped inside; one of the women was in her 90s. Although no one was injured, one woman was brought to a hospital to be treated for smoke inhalation.

There are countless other similar stories that you won’t hear much about in the mainstream media, either. In late June, for example, a Missouri girl got stuck in muddy water and nearly drowned. Luckily for her, a corporal from the Johnson County Sheriff’s Office saw her struggling in the water and went in to save the two-year-old. The girl, who had water up to her neck at that point, ended up only suffering a few bruises and scratches. The officer who rescued her, Corporal Nicole Collins, was a field training officer who has been with the Sheriff’s Office for four years.

Of course, the mainstream media did not give this story much coverage, although it was reported on by some local affiliates. This is exactly the type of good news story that we need right now, but the media prefers to stoke racial tensions and get people fired up by focusing on – and inflating – the negative.

Police save lives every day, often in ways we might never realize

The truth is that police officers save far more people than the few bad actors kill each year. It’s impossible to say for sure just how many lives are saved – after all, an officer’s mere presence on a street at a certain time and place may have stopped someone from doing something dangerous that we’ll thankfully never know about – but the idea that the country would be better off without police is a pretty ridiculous one.

The two Houston women in the burning home and countless others like them who were saved by the police probably aren’t leading any calls to abolish the police, nor is the mother of the 4-year-old girl who was saved from an attempted kidnapping by off-duty Palm Beach County Sheriff’s Deputy Corey Reece at a hotel last month – yes, some police officers even save people while they’re on vacation.

It’s doubtful that the mother of the three-week-old newborn girl in Michigan whose life was saved by Officer Cameron Maciejewski when he cleared her airway with back thrusts while she was choking would like to see the police defunded. Police shootings are pretty awful, but there is good and bad in every line of work. Some doctors kill people in the pursuit of profit, but people aren’t taking to the streets demanding that we abolish doctors. Police can and do protect and save people, and the mainstream media is damaging society by only presenting the bad side of policing.