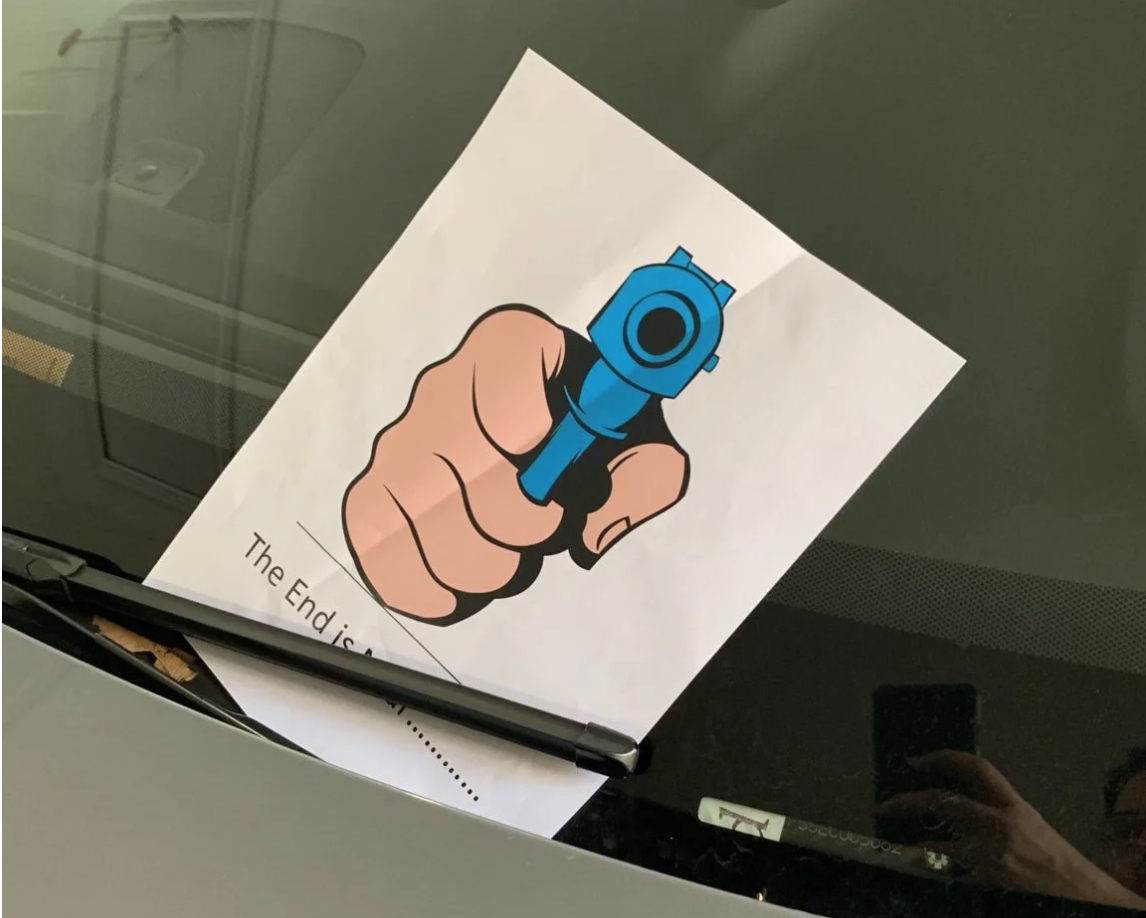 As readers know, it’s not above a Leftist to fake a threat against himself or herself in order to advance their political objectives.

Racist hoaxes happen all the time, and nine out of 10 times it’s a Left-wing Democrat who is staging it. One of the most famous recent hoaxes involved actor Jussie Smollett who tried to claim that a couple of MAGA-hat wearing white boys beat him up very early one Chicago morning about a year ago.

So this kind of behavior by Leftists isn’t new. It’s happened before. A lot.

Now, it’s possible that a Left-wing emergency surgeon who’s a noted gun control advocate and assault weapons opponent may have faked a death threat against himself.

As reported by The Truth About Guns, Dr. Joseph Sakran, the director of emergency general surgery at Johns Hopkins, is interested in researching “gun violence; injury prevention; outcomes research; trauma system development; public policy and advancement of surgery in poor resource settings,” according to his profile.

He also started the gun control campaign for physicians known as #ThisIsOurLane and has testified in favor of a new “assault weapons” ban as well as universal background checks during a House Judiciary Committee hearing on “gun violence” last year.

“Firearm injury and death in America is not only a disease, but a public health crisis in the United States. Every day, an average of 109 individuals are killed and more than 240 people suffer injuries secondary to firearm violence. While the United States is a world leader in many arenas, we are failing when it comes to firearm injury prevention,” Sakran testified.

“Firearm-related injury and death is a public health problem creating a vast burden of disease across the spectrum of ages and socioeconomic groups in this country. Additionally, firearm-related violence has a substantial economic burden of over 229 billion dollars per year to the United States health care system,” he added.

Well, okay. But his own employer, Johns Hopkins, reported in a 2016 study that medical errors are now the third-leading cause of death in the United States, calculated to be in excess of 250,000 per year.

A picture says a LOT

Nevertheless…guns are bad and so guns must go. No one would advocate for getting rid of surgeons and doctors but guns…they’ve got to go.

Sakran has also been feted by the Democrat propaganda media over his gun control advocacy including the Washington Post and Forbes, so there’s that.

But over the weekend, Sakran sent a flurry of tweets claiming that he had been threatened with death and made the distinct implication that it was over his gun control stances:

Debated whether to share this, & after a lot of thought here it is:

Last week I’m leaving my home for work & I find this paper under my windshield.

One does not have to see the rest of the sentence that was covered to understand the intent of this message, a Death Threat.

For the record, when we tried to pull up the tweet, it had already been deleted by … someone.

But The Truth About Guns managed to screen grab the photo that accompanied the good surgeon’s original tweet (see above). And while that clearly appears to be a threat, a closer look to the left of the pic on the vehicle’s windshield appears to be a reflection of the ceiling of Sakran’s garage; a pull-down access door is plainly visible.

So … did he leave his garage door open all night or something? Did someone break into the garage to place the threatening note? Did he bother to call the police and if not, why not?

Again, we don’t have answers to these questions and we’re not saying that this incident was staged. But based on the available evidence, there are sure a lot more questions than answers.