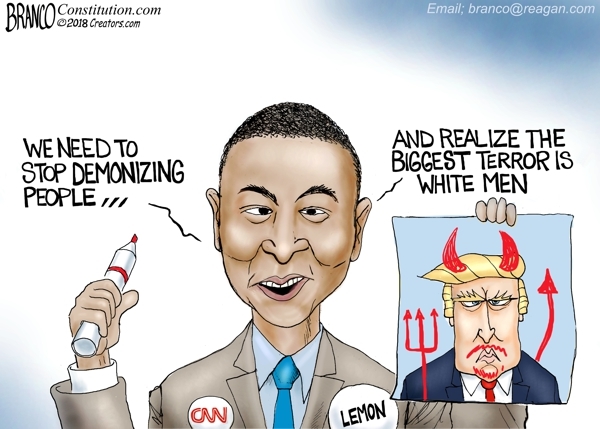 The very same “medical journal” that infamously retracted Dr. Andrew Wakefield’s autism study for supposedly being “flawed” has more recently decided to publish a ridiculous new paper that claims “eliminat[ing] whiteness” is the only way to solve the societal “problem” of racism.

This book review published by The Lancet asserts that “white Americans continue to mobilise to maintain or extend the exclusive advantages whiteness offers those who can become white” – a gobbledygook string of virtue-signaling nonsense that implies whiteness is something a person can “become” in order to gain “exclusive advantages” afforded only to people with white skin.

Though there’s not a shred of evidence anywhere in the world to support this dastardly notion, The Lancet apparently thinks it’s “scientific” enough to publish, once again proving that The Lancet is the National Enquirer of “science” journals.

Written by Rhea W. Boyd, a “Minority Health Fellow” at the Harvard T.H. Chan School of Public Health, this review is in reference to a 2019 book entitled, Dying of Whiteness, written by Jonathan Metzl, the thesis of which contends that “right-wing backlash policies have mortal consequences – even for the white voters they promise to help.”

A professor of Sociology and Medicine, Health, and Society at Vanderbilt University, Metzl, a white-looking male, attempts to make the argument that white people are self-sabotaging themselves by supporting President Donald Trump and his policies, which Metzl believes are centered around “racial resentment” and the desire among whites to “maintain an imagined place atop a racial hierarchy.”

While Boyd, a black life who works at Harvard’s “Office of Diversity and Inclusion,” agrees with Metzl’s anti-white racism, she’s of the persuasion that it doesn’t go far enough in condemning white people for having white skin.

Even as white people afflicted by the anti-white racism of loud-and-proud racists like Metzl and Boyd turn to prescription drugs or even suicide as coping mechanisms, Boyd, who epitomizes the “angry black female” meme, believes that this is simply not enough abuse to completely stamp out the whiteness she hates.

So, the solution, Boyd says, is “to eliminate whiteness altogether,” which we can only assume means that she would like to see the mass genocide of white people in order to create “equality” for all of the poor black lives out there whose every plight and misfortune is a product of “white supremacy.”

“The fact that some people think this way is frightening enough,” writes Thomas D. Williams, Ph.D., for Breitbart News.

“That the Lancet, which once represented serious medical journalism, would decide to publish it points to a devastating deterioration of the institutional academy as reasoned discourse gives way to incoherent ranting.”

For more related news about the anti-white racism and calls for genocide coming out of formerly prestigious institutions of higher learning like Harvard, be sure to check out CampusInsanity.com.