Electric scooters shouldn’t be treated as toys: Face and head injuries caused by the motorized scooters have TRIPLED, warn researchers 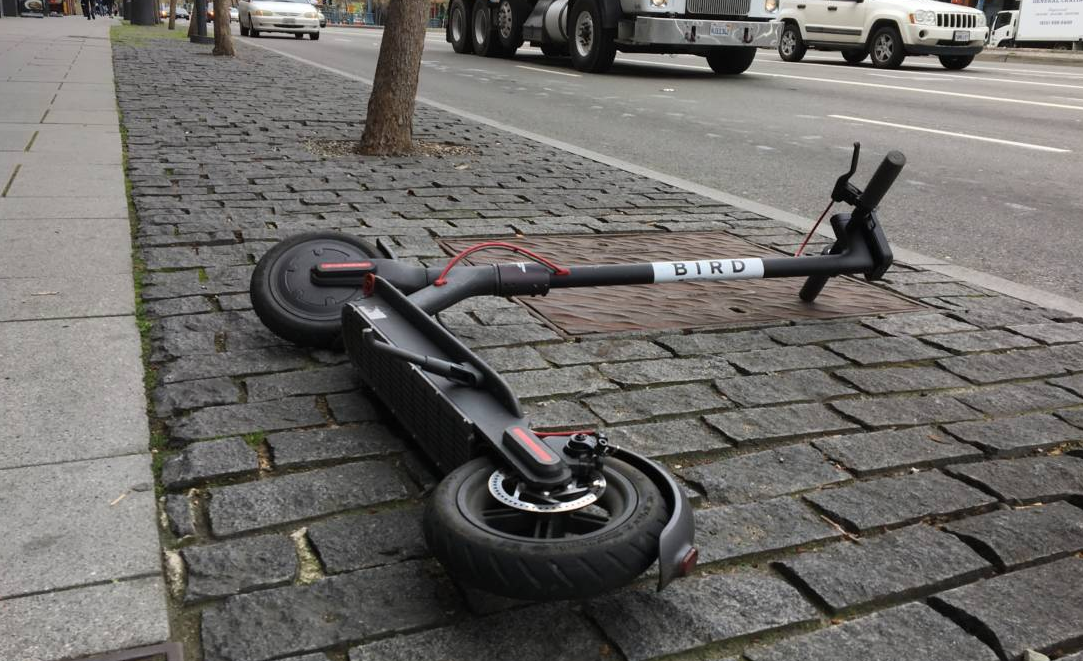 Scientists are now warning people to exercise caution when using electric scooters, as the number of injuries caused by them is rising, due in part to their treatment as a toy rather than a means of transportation, but also due to the lack of safety regulations concerning their use.

The researchers, whose study was published in the American Journal of Otolaryngology, found that the most common reported injuries included bruises, bleeding and concussions. Facial fractures were also recorded in worrying amounts. The researchers are now concerned that the desire for less air-polluting means of transportation may pave the way for an increase in electric scooter-related accidents and injuries. This fear may prove true if the lack of clear regulations when it comes to these modes of transportation remains unaddressed.

To fully uncover the risks, the researchers, led by Dr. Amishav Bresler of the Rutgers New Jersey Medical School, combed through a database provided to them by the National Electronic Injury Surveillance System (NEISS) of the Consumer Product Safety Commission. This database had reports of head and neck injuries associated with scooter use. (Related: Scooter riders beware – Hackers can remotely accelerate or brake popular electric models.)

Bresler and his team found that, according to the NEISS, there were 990 recorded craniofacial injuries due to electric scooter use between 2008 and 2017 across 100 hospitals. Majority of the patients were male (62.1 percent), with 33.3 percent being young children between the ages of six and 12, and 16.1 percent were adolescents between 13 and 18 years old.

This data is alarming, as it shows that a lot of people getting injured are children. Bresler believes it may be because they treat the scooters as a toy due to the way they have been marketed, when in reality, many electric scooter models can reach speeds of almost 30 mph (48 kph).

Bresler is right to be concerned. The most commonly reported injury associated with electric scooters is closed head injuries (36.1 percent), which affect the brain but do not open up the skull.

The next commonly reported trauma was tears to the skin or deep cuts (20.5 percent). Facial fractures, or the breaking of the bones in the face, only occurred in 5.2 percent of electric scooter-related injuries, although Bresler and his team have warned that the incidence of craniofacial trauma is rising, resulting in thousands of visits to the emergency room annually. “Many patients are experiencing morbid traumatic injuries,” the researchers wrote.

Not all the data in the NEISS went into detail about the patients’ protective clothing. However, in cases wherein helmet use was recorded, the researchers found that a staggeringly high 66 percent of people involved in accidents did not wear a helmet.

Helmet use is rising with age. Sixty-seven percent of seniors, still a low number, were wearing a helmet during their accident. However, only 19 percent of toddlers were noted to be wearing protective headgear.

Regulations mandating that electric scooters be treated not as toys are essential. New Jersey, for example, believes that these scooters carry the same risks as bicycles and mandates that helmets be worn by riders under 17. Bresler agrees with this, stating that “The US should standardize electric scooter laws and license requirements should be considered to decrease the risky behaviors associated with motorized scooter use.”

A study conducted by researchers from the University of California San Francisco supports Bresler’s sentiments, stating that the use of helmets should be strongly encouraged, and that manufacturers can have a role to play in making the use of electric scooters safer by making helmets more easily accessible.