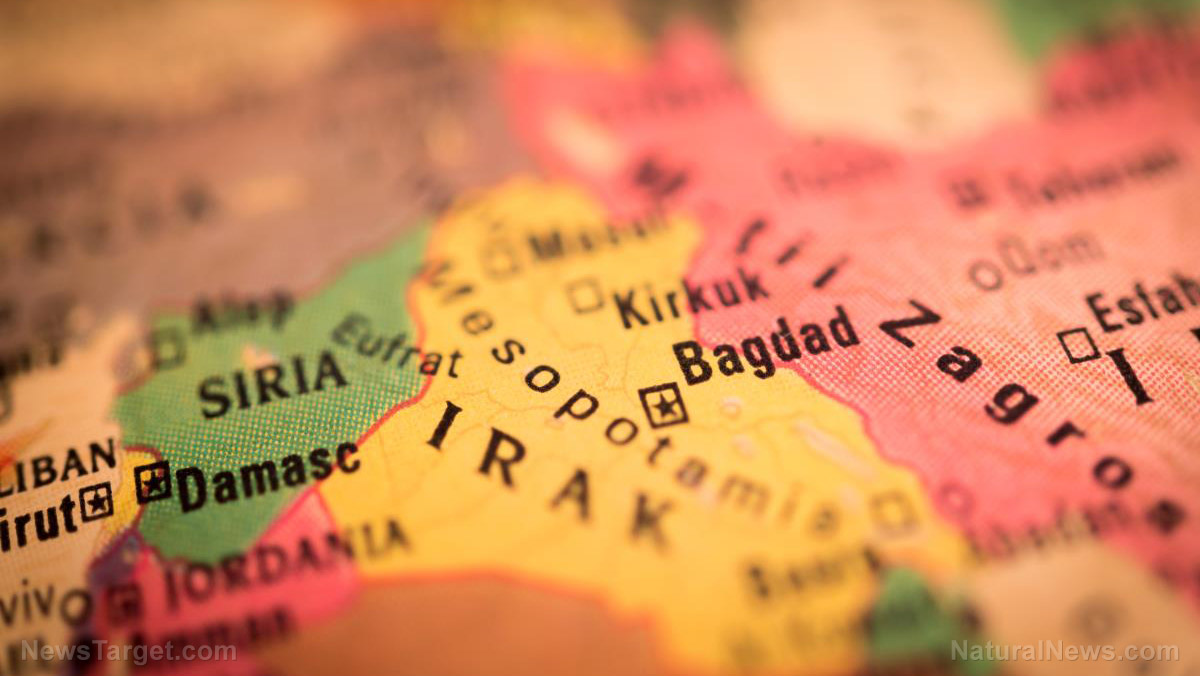 The Wikileaks organization has released bombshell documentation revealing a massive cover-up of a dissenting report that found no chemical weapons were used by Syrian government forces against rebels in the city of Douma in 2018.

As reported by The Gateway Pundit, the Wikileaks release is the fourth batch in a series of leaked documents from the Organization for the Prohibition of Chemical Weapons (OPCW).

In one leaked email exchange dated February 27-28, members of a fact-finding team that had deployed to the city and officials with the OPCW, Sebastien Braha, the watchdog agency’s Chief of Cabinet, ordered removal of “all traces” of a report written by an expert named Ian Henderson.

The email reads, “Please get this document out of DRA (Documents Registry Archive)… And please remove all traces, if any, of its delivery/storage/whatever in DRA.”

Henderson had traveled to Douma to inspect a pair of cylinders that were discovered at the site of the alleged attack.

According to reports, the April 7 attack involved a chemical agent which killed between 50 and 70 people, injuring hundreds more. Rebel forces in the city attributed the attack to the Syrian government army. The U.S., Britain, and France also attributed the attacks to the regime of President Bashar al-Assad, and as a result launched a limited retaliatory attack against his forces.

Video from the scene at the time showed dead men, women, and children, with some foaming at the mouth. Medical personnel who responded to the alleged attack reported smelling a chlorine-like odor but symptoms and the number of dead led analysts to conclude it was something more powerful, such as a sarin nerve agent.

Almost immediately, conspiracies formed suggesting that the attack was staged — that the Syrian government did not use chemical weapons against their own people.

But those theories were struck down by ‘officialdom.’

In his report, however, Henderson concluded that the cylinders containing the chemical substance he found on the scene were more than likely simply placed there, not dropped from an aircraft. His findings pointed to an “attack” that was actually staged.

Did the West seriously fall for this?

Since the cylinders appeared to be placed by hand, and the area was under the control of anti-government forces, Henderson’s findings lend credence to theories that the attack was staged to set up the Syrian president and prompt the US to attack.

Email from the Chief of Cabinet at the OPCW, demanding deletion of dissenting engineering assessment: “Please get this document out of DRA [Documents Registry Archive]… And please
remove all traces, if any, of its delivery/storage/whatever in DRA”https://t.co/j5Jgjiz8UY pic.twitter.com/8yojf8teFC

In addition, Wikileaks published minutes from a June 6, 2018 meeting where OPCW members met with “three Toxicologists/Clinical pharmacologists, one bioanalytical and toxicological chemist,” all of whom specialize in chemical weapons.

The purposes behind the meeting were “to solicit expert advice on the value of exhuming suspected victims of the alleged chemical attack in Douma on 7 April 2018” and “to elicit expert opinions from the forensic toxicologists regarding the observed and reported symptoms of the alleged victims.” (Related: Bombshell: Syria’s ‘chemical weapons’ turn out to be sodium fluoride used in the U.S. water supply and sold at Wal-Mart.)

In particular, the officials were interested in “whether the symptoms observed in victims were consistent with exposure to chlorine or other reactive chlorine gas.”

Minutes from an OPCW meeting with toxicologists specialized in chemical weapons: “the experts were conclusive in their statements that there was
no correlation between symptoms and chlorine exposure”.https://t.co/j5Jgjiz8UY pic.twitter.com/vgPaTtsdQN

At the meeting the experts informed OPCW that “with respect to the consistency of the observed and reported symptoms of the alleged victims with possible exposure to chlorine gas or similar, the experts were conclusive in their statements that there was no correlation between symptoms and chlorine exposure.”

But again — the alleged attack led to a response by the West against Syrian government targets, a response that appears to have been based on a lie.