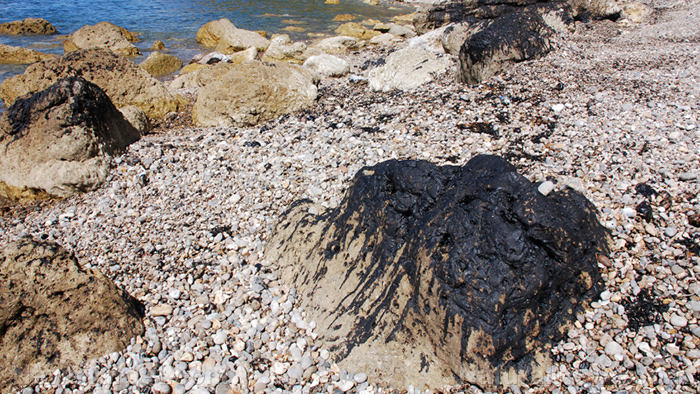 Barbara Cavalazzi, lead author of the study from the University of BolognaIt may be difficult to imagine, but life can actually survive — and sometimes, thrive — even in the harshest of conditions, just like in the Danakil Depression in Ethiopia, where  researchers from Spain, Italy and the U.K. recently found startling evidence of life.

The details of the the research are published in the journal Scientific Reports.

Home to the Dallol hydrothermal field, the Danakil Depression is one of the most beautiful places on the planet, with aerial images often showing a seemingly endless stretch of  desert characterized by bright colors ranging from brilliant yellows and reds to saturated greens and blues and mottled with patches of sulfur springs, salt deposits and craters.

It is also one of the most extreme environments on the planet: the average yearly temperatures range from 97 to 100 degrees Fahrenheit, magma bubbles under the shallow lakes and the thermal craters regularly release boiling acidic and hyper-saturated water into the surface. The ground itself is highly dynamic: active spring sites go inactive and new springs emerge in new locations in the span of a few days. So extreme are its conditions that some have even dubbed the area as “the gateway to hell.”

Researchers however, consider the place a scientific boon, pointing out that its extreme environmental conditions have led scientists to compare the area to the thermal environments of early Mars, which research suggests was warm and prone to rain. (Related: Valleys and channels on Mars reveal evidence of ancient groundwater.)

According to a study published in ACS Earth and Space Chemistry, the polyextreme hydrothermal systems of the Dallol hydrothermal field is so different from other environments, that should evidence of life be found in its waters, it would make Dallol “a site of unique astrobiological significance,” noting that such a discovery may offer a better understanding of the limits of life-supporting habitats on Earth and other Earth-like planets.

The recent discovery of researchers in the area, as detailed in this study, basically confirms this theory.

According to the researchers, the team –led by  Felipe Gómez from the Astrobiology Center in Spain— came to collect samples from the salt chimney deposits of Dallol, with hopes of finding evidence of life. After collection, the researchers said, they brought the samples back to Spain where they then used various methods to analyze the samples, including electron microscopy, chemical analysis and DNA sequencing.

Their efforts reaped rewarding results: after two years. the researchers were able to find small, spherical-shaped microorganisms with high carbon content, later identified as a strain of the Nanohaloarchaeles bacteria.

These Nanohaloarchaeles, the researchers said, were surrounded by small needle-like crystals, leading them to suggest that the organisms may be an active catalyst in the biomineralization process that creates the area’s famed salt deposits and formations.

This discovery, according to the researchers, opens the Dallol hydrothermal field to several significant possibilities.

“The results from this study suggest the microorganisms can survive, and potentially live, within this extreme environment, which has implications for understanding the limits of habitability on Earth and on (early) Mars,” the researchers said, with author Barbara Cavalazzi of the University of Bologna adding that deeper investigation in the area will “…improve our understanding of the limits of life on Earth and inform our search for life on Mars and elsewhere in the Universe.”

Learn about other interesting discoveries on Earth and other celestial bodies at Research.news.