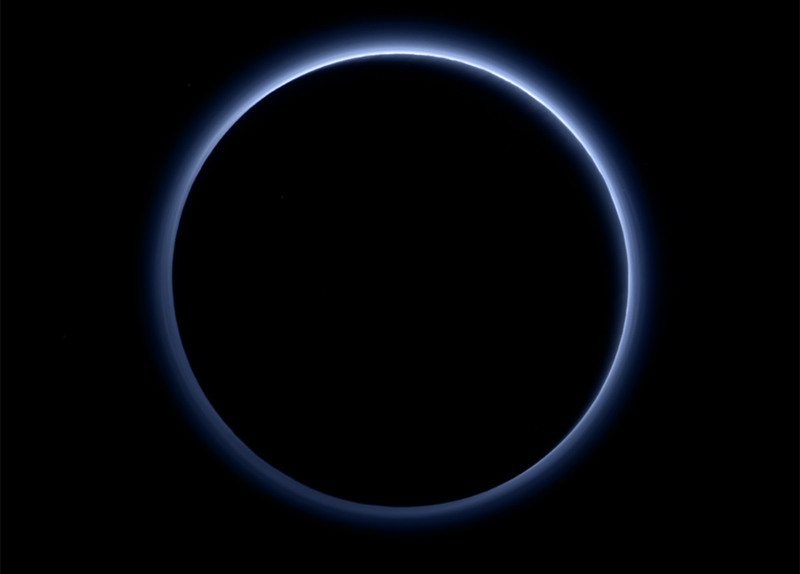 As the farthest planet in the solar system, Pluto has always been filled with mysteries. A recent study revealed that the icy planet may contain ammonia and water, the presence of which indicates the potential existence of life.

Researchers from various institutions in the US found traces of ammonia in the reddish ice caps of Pluto. They believed that this was evidence of recent geological activity, specifically cryovolcanism. This is an event where, instead of lava, a volcano spews water. The researchers published their findings in the online journal Science Advances.

The icy planet has water and ammonia

Considering its distance from the sun, it is no wonder that Pluto is dubbed the “icy planet.” It takes more than five hours for sunlight to reach it, and its surface temperature reaches -228 C (-379 F). True to its namesake, the Roman god of the underworld, Pluto is an exceedingly cold, barren world.

However, recent discoveries on the icy planet are changing that notion. One study published in the journal Nature Geoscience revealed the presence of a liquid ocean underneath Pluto’s icy crust. The researchers theorized that an insulating gas layer may be responsible for dividing the ocean and the icy crust.

This study, however, was the first to reveal the presence of ammonia. Both studies were released at almost the same time.

“In recent years, ammonia has been a bit like the ‘holy grail’ of planetary science,” explained Cristina Dalle Ore, the lead author and a planetary scientist at NASA’s Ames Research Center in California. Like water, ammonia is a key ingredient to life.

Dalle Ore further pointed out that the presence of ammonia was a potential sign that there might be an environment conducive to life. It was not a definitive indication, but it helped guide researchers to where they should look.

The researchers discovered ammonia after analyzing data sent from NASA’s New Horizon’s spacecraft. They found that ammonia was located in Virgil Fossae, an area where H20 ice was plentiful. Moreover, Virgil Fossae also exhibited signs of past extensional tectonic activity.

However, researchers theorized that the icy planet may have an active – or at least recently active – tectonic activity. Ammonia easily breaks down under ultraviolet rays. Its presence on the surface indicated that it was emplaced there recently.

The image of how ammonia reached the surface was getting clearer. The researchers suggested that cryovolcanism, where water acted like molten lava on Earth, was at work. From the underground ocean, water mixed with ammonia percolated and was sprayed on the surface.

The discovery of ammonia also contributed to the other study’s discovery of underground oceans. When ammonia is mixed with water, it lowers its freezing point. This means that it would take lower temperatures for water to freeze. Consequently, this allows water to maintain its liquid form.

“Ammonia, when mixed in water, acts like an antifreeze and therefore allows water to be liquid at temperatures that would otherwise be too cold,” explained Dalle Ore.

Overall, discovering the presence of ammonia was crucial to understanding how liquid water could exist on the icy planet. Not only that, it also gave insight into how the underground ocean worked. Dalle Ore and her colleagues hope to explore the extent of this ocean. There are numerous possibilities. It could be a pocket of water underneath Virgil Fossae or a vast layer of water encompassing the small planet.

Nonetheless, their study allowed a closer look at Pluto. The distant, icy planet roaming the outskirts of the solar system did not seem as far anymore.