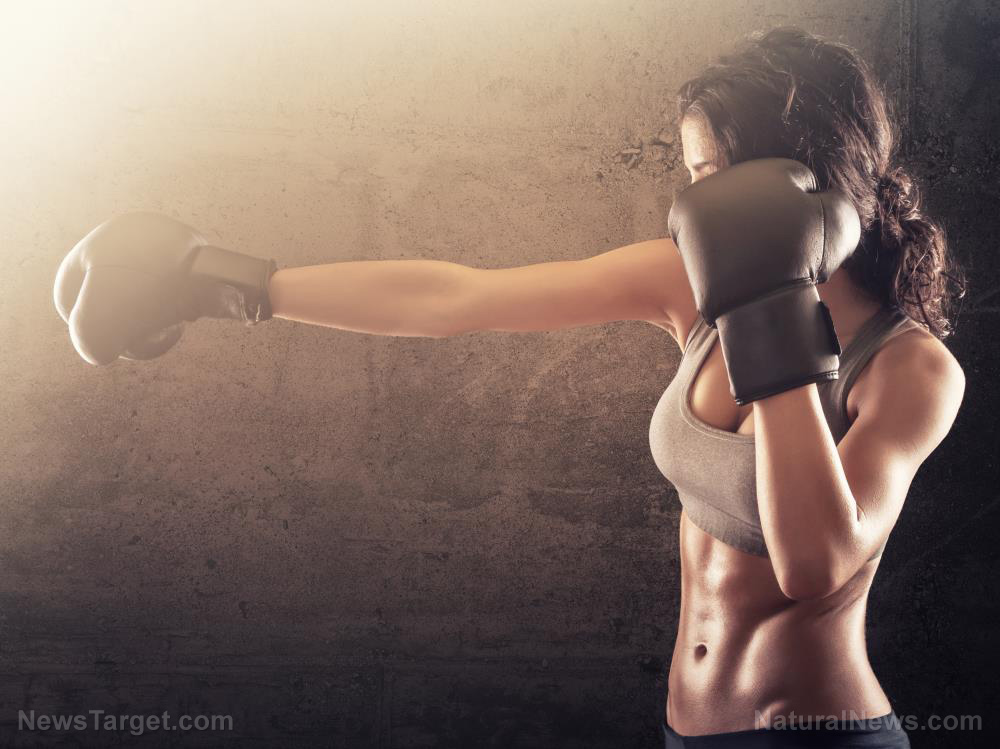 Violence should be your last resort, even when SHTF. That said, you must definitely know how to defend yourself – armed and unarmed – if the situation calls for it. (h/t to SurvivalSullivan.com)

Ideally, you should always have access to a self-defense weapon. But when SHTF, you may lose a lot of your belongings, including your weapon. You may have to face your attacker unarmed, highlighting the importance of knowing how to fight with your fists.

Depending on the force of each punch and your mastery of certain fighting techniques, a punch can be enough to scare someone off or it may be strong enough to cause serious injuries.

Before you swing wildly, think about the damage you will inflict upon yourself and your hands, which you ultimately need for doing various tasks.

You must also know how to make a proper fist. First, curl your fingers into your palm, starting with your pinky or little finger. Put your thumb below your index and middle finger, depending on the length of your thumb. Position your thumb over and behind your fingers, but don’t let it rest past them.

Never wrap your fingers around your thumb because it might break or get dislocated once you throw a punch. Don’t let your pinky stick out. Before you get into a fight, make your fist tight enough so it doesn’t unravel when your punch lands, but don’t make it too tight that it cuts off circulation in your fingers.

When you’re backed into a corner, here are the eight best targets to punch an attacker in self-defense.

A strong punch to the nose will hurt and it might make the attacker’s eyes water in pain. The nose might also start bleeding.

While a punch to the nose is rarely debilitating, you can use it to buy some time to land a stronger punch. A stiff cross can break the attacker’s nose and impair his breathing.

Experienced fighters know that you should keep your chin down in a fistfight to protect a vulnerable target: your throat.

Getting punched in the throat won’t result in death, but it might crush the larynx, cutting off breathing and causing pain. (Related: Fit and ready: Self-defense tips for preppers.)

Hard blows near the neck may also damage someone’s spine or disrupt major nerves, along with some major veins and arteries. If you have the chance, target an attacker’s throat to get them to back down.

The side of the neck

It can be hard to protect your neck. Located in the sides are your jugular vein, carotid artery and major nerve clusters that go all the way into the trunk directly from your brain.

A strong punch to these areas can knock your opponent unconscious or cause a lot of pain. When targeting the neck, use a hook or straight from the side.

The base of the skull

The “rabbit punch,” which got its name from a similar maneuver used by hunters to quickly (and cleanly) dispatch rabbits caught in the field, is completely illegal in almost all forms of combative sport.

Feel the back of your head and look for a little bump and notch in the middle. Lay three fingers in the little hollow right below it. Aiming a punch in this spot has a high chance of severely wounding, or even killing, your opponent.

Punching the base of the skull has a high chance of damaging the vertebrae and the spinal cord. Only aim for this spot if you are prepared or justified in using lethal force.

Your jaw is vulnerable to damage. Striking someone’s chin from below or the side can knock him out easily compared to other locations.

Punching the jaw near its hinge (where it connects to the skull) can dislocate it. This will hurt your opponent and give you an opening for more strikes. An uppercut can also result in a knockout that may also damage your opponent’s teeth.

This target does have some drawbacks. You might injure your hand on your attacker’s teeth if your punch connects with his mouth.

Your celiac plexus is a network of nerve fibers in the abdomen, located near a big intersection of arteries in front of the diaphragm.

The celiac plexus is attacked by striking the center of the body between the belly button and nipples.

Hitting the celiac plexus hard causes spasms in the diaphragm and nauseous pain. A strong blow to the solar plexus can temporarily cause breathing difficulty.

When aiming for the solar plexus, aim a little higher just beneath the sternum, but don’t go too high since you might hit the rib cage.

Kidneys are sensitive to damage. Aim for your opponent’s kidneys to incapacitate them.

Aim your punch up, under and behind the ribs, near either side by the spine.

The last and most effective target in a fistfight is the groin. This area causes pain in both male and female attackers.

If you’re forced to your knees, aim at the groin or target it as a finishing move when your opponent is down.

Now that you know the best areas to land a good punch, here are two targets that have low damage output and will cause more harm to you than your opponent.

Pick your fights and remember to make every punch count in a survival scenario when you’re forced to defend yourself.