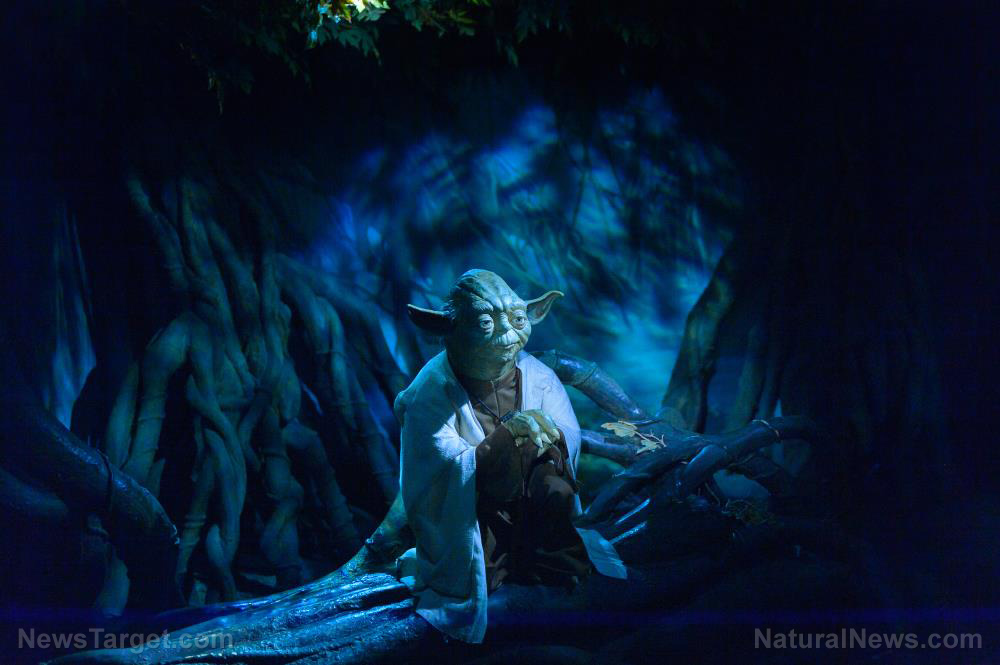 Dear Star Wars fans: Are you ready for some intergalactic LGBT action? Because that’s what you’re going to get in the next franchise installment, according to director J.J. Abrams.

During a recent interview, Abrams revealed that the soon-to-be-released Star Wars: The Rise of Skywalker episode will feature the Disney-owned series’ first-ever homosexual, or possibly transgender – he didn’t specify which – subplot.

The creators behind Star Wars have reportedly been talking about incorporating LGBT characters and themes into the franchise since Star Wars: The Force Awakens was released back in 2015 – and they’re actually now doing it.

Rumors have apparently been circulating that Disney might turn the platonic relationship between the reboot trilogy’s two main characters, Finn (John Boyega) and Poe (Ex Machina‘s Oscar Isaac), into a “gay” relationship, which is something that Abrams had personally hoped would happen.

Because the decrepit Western mindset can’t comprehend the idea of a close relationship between two men that isn’t overtly sexual, some Star Wars fans have been eagerly awaiting an LGBT pairing between the Finn and Poe characters – and it seems they might just get their wish.

“Personally, I kind of hoped and wished that maybe that would’ve been taken further in the other films, but I don’t have control,” Isaac, who plays Poe, confessed during a recent interview about how he, too, has been fetishizing for an LGBT outcome between his character and Finn.

Just in time for Christmas, Isaac, Abrams, and other LGBT-craving Star Wars fans will finally see their dream come true, Abrams admitted in so many words about how he has always “strived to find a cast for Star Wars that ‘looked more the way the world works than not.'”

“And in the case of the LGBTQ community, it was important to me that people who go to see this movie feel that they’re being represented in the film,” Abrams is quoted as saying. “I will say I’m giving away nothing about what happens in the movie, but I did just say what I just said.”

Disney wants your children to be homosexual, transgender, queer, or other-sex – ANYTHING but straight

Those who’ve been following the sordid history of Disney and its perverted, child-centric programming probably won’t be surprised by this news, seeing as how Disney went all-in with the LGBT agenda a long time ago.

Back in 2018, for example, Disney theme parks unveiled LGBTQ “pride” ears for children to wear around the property in “celebration” of sexual deviancy.

Disney has also been a longtime ally of communist China, as well as the abortion industry, which murders children for profit.

Disney is a sick, sick operation, in other words, and one that seeks for nothing more than to turn your impressionable children into gays, lesbians, bisexuals, transgenders, queers, or one of the many other colors of the pride “rainbow.” And by taking them to see Star Wars films, you, too, are promoting the LGBT indoctrination of your own kids.

“I’ve been wondering for a while why Disney was spending so much money to buy boys’ attention (Marvel, Star Wars). I now know why: to destroy them,” wrote one Newsbusters commenter about how Disney has an obvious agenda to destroy, specifically, young men by indoctrinating them with LGBT propaganda laced into their favorite films. “We all get to be Cinderella now, whether we like it or not.”

“Congratulations! You are now a member in the Destroy Morality Club! Show the kids the brave sodomites on the Death Star,” wrote another Newsbusters commenter. “Yuk. Leftists truly DO destroy everything they touch.”

To keep up with the latest news about LGBT perversion being forced on innocent children by the “rainbow” mafia, be sure to check out Gender.news or HollywoodHater.com.