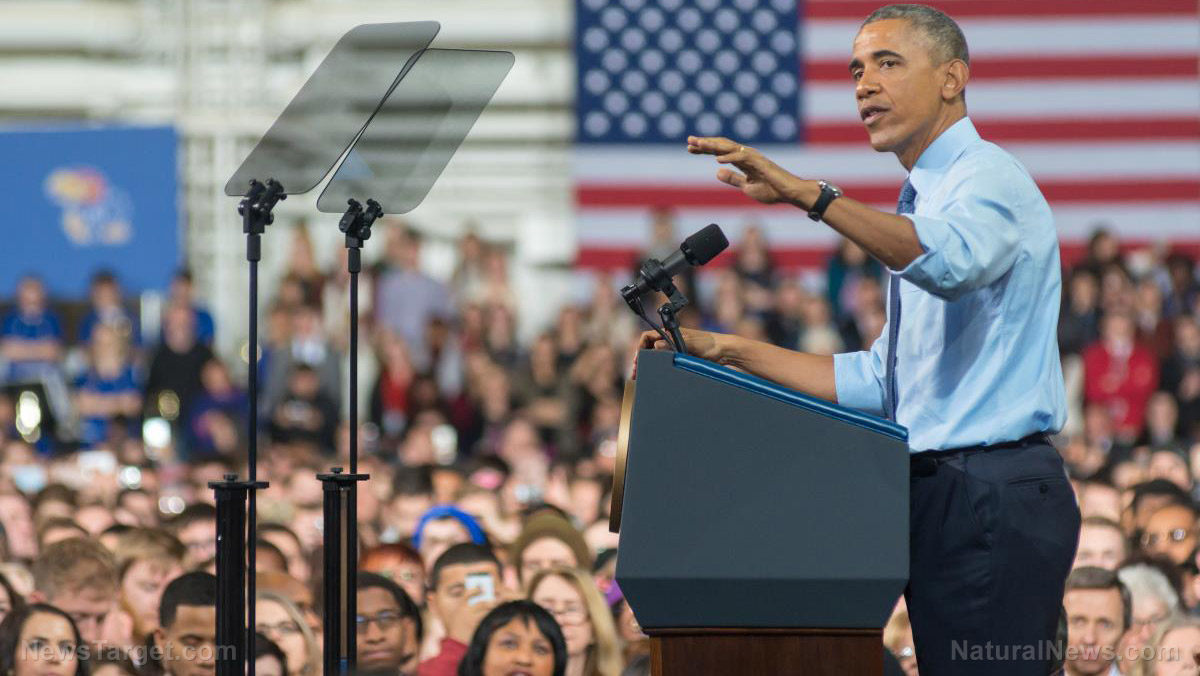 Reports last week by “mainstream media” outlets that serve as propaganda outlets for Democrats and the Deep State claimed that a long-awaited upcoming report from Justice Department Inspector General Michael Horowitz will clear all “Spygate” figures of any wrongdoing in their plot to undermine and depose President Donald Trump.

The New York Times, for instance, reported, “The F.B.I. never tried to place undercover agents or informants inside the Trump campaign, a highly anticipated inspector general’s report is expected to find.”

In addition, the paper claimed, based on ‘insider’ leaks:

The determination by the inspector general, Michael E. Horowitz, is expected to be a key finding in his highly anticipated report due out on Dec. 9 examining aspects of the Russia investigation. The finding also contradicts some of the most inflammatory accusations hurled by Mr. Trump and his supporters, who alleged not only that F.B.I. officials spied on the Trump campaign but also at one point that former President Barack Obama had ordered Mr. Trump’s phones tapped. The startling accusation generated headlines but Mr. Trump never backed it up.

None of that is accurate, based on previous reporting from the paper.

Let’s recall, shall we, that the New York Times itself reported in January 2017 on the day of Trump’s inauguration that his office in Trump Tower was “wiretapped” (see a graphic of the Times’ print edition here).

At the time, the paper reported, “American law enforcement and intelligence agencies are examining intercepted communications and financial transactions as part of a broad investigation into possible links between Russian officials and associates of President-elect Donald J. Trump, including his former campaign chairman Paul Manafort, current and former senior American officials said.”

So, what does the phrase “intercepted communications” mean? It means spying. It means eavesdropping. Or, in old-school parlance, “wiretapping.”

Trump was right when, in March 2017, he accused former President Obama of having his “wires tapped in Trump Tower,” though, of course, he was pilloried in the press at the time.

Terrible! Just found out that Obama had my "wires tapped" in Trump Tower just before the victory. Nothing found. This is McCarthyism!

Why aren’t more Americans upset at this blatant act of sedition?

In September, before the network completely succumbed to “Trump Derangement Syndrome,” CNN gleefully confirmed that yes, indeed, the Trump campaign was “wiretapped”:

US investigators wiretapped former Trump campaign chairman Paul Manafort under secret court orders before and after the election, sources tell CNN, an extraordinary step involving a high-ranking campaign official now at the center of the Russia meddling probe.

The government snooping continued into early this year, including a period when Manafort was known to talk to President Donald Trump.

What’s amazing about this is that the Times could publish its January 2017 story, followed up by CNN’s confirmation, and now try to plausibly claim that an upcoming report from the DoJ inspector general will dismiss those previous allegations without questioning the IG.

So, were the earlier reports wrong? Were these media outlets being misled and if so, why aren’t they angry about it?

More likely than not, based on an anonymous NYTimes whistleblower’s claims earlier this month in the Free Beacon, the “paper of record” along with CNN were merely playing roles in January and September 2017, and the Times is merely playing a role now.

The fact is, all of this appears to be another smokescreen to cover for the guilty parties. It’s amazing that more Americans (and more American media outlets) aren’t outraged by the fact that a president (Obama) would allow a rival presidential campaign to be spied upon in the first place. That is unprecedented in our history (as far as we know).

But it’s even more amazing that the guilty parties are very likely going to get away with their overt sedition.