Guys, your cup of joe comes with compounds that fight prostate cancer 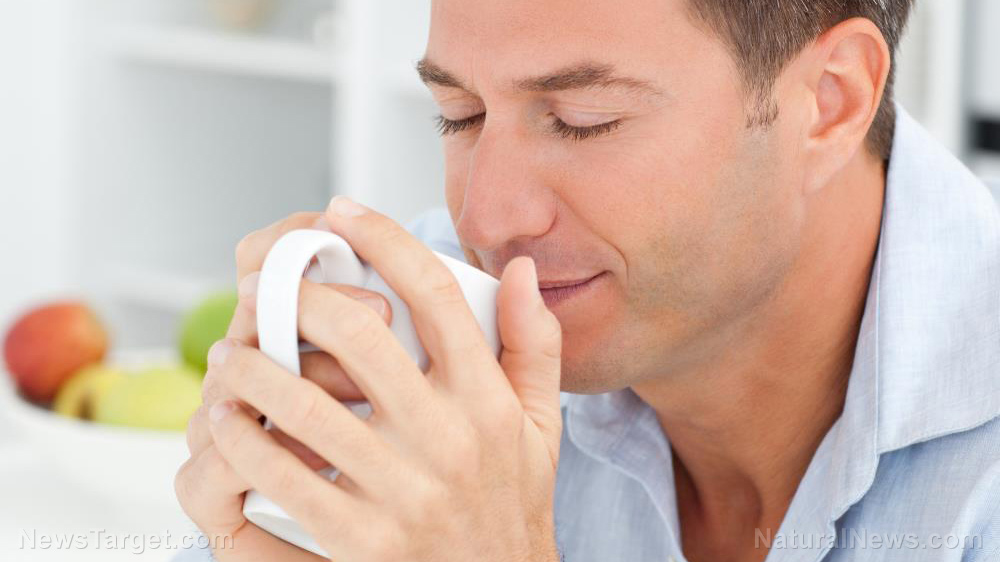 How’s this for a good excuse to have another cup of joe: Research suggested that drinking coffee might lower a man’s risk of prostate cancer. Researchers from Kanazawa University Graduate School of Medical Science in Japan identified compounds in coffee called kahweol acetate and cafestol that may inhibit the growth of prostate cancer in cell culture and in mice.

Coffee contains various compounds that have been shown to affect human health both positively and negatively. There is increasing evidence that links drinking certain types of coffee to a lower incidence of certain cancers, including prostate cancer. Therefore, the Japanese researchers looked at the effects of coffee compounds on prostate cancer cells in vivo and in vitro. (Related: How drinking coffee reduces cancer risk.)

Kahweol acetate and cafestol are hydrocarbons naturally found in Arabica coffee. The researches noted that the coffee-making process affects whether these compounds remain in coffee after brewing or whether they are removed.

Initially, the researchers tested six coffee compounds on the proliferation of human prostate cancer cells in vitro. They found that cells treated with kahweol acetate and cafestol grew slower than controls.

Then, they tested these compounds on prostate cancer cells in mice. They found that kahweol acetate and cafestol individually suppressed the growth of cancer cells in mice. However, this effect intensified when both compounds were combined. Tumors in mice treated with both compounds grew by around just over one and a half times the original size, while untreated tumors grew by three and a half times the original size.

As this is a pilot study, the researchers noted that more studies are needed to determine if the findings can be applied to humans. Nonetheless, the results showed that these compounds seem to have an effect on drug-resistant prostate cancer cells in the right circumstances.

“These are promising findings, but they should not make people change their coffee consumption,” explained Atsushi Mizokami, one of the researchers of the study. “Coffee can have both positive and negative effects (for example it can increase hypertension), so we need to find out more about the mechanisms behind these findings before we can think about clinical applications. However, if we can confirm these results, we may have candidates to treat drug-resistant prostate cancer.”

The research team is currently considering how they might test these findings in a large sample, and then in humans. They published their study in the journal The Prostate and presented it at the European Association of Urology congress in Barcelona, Spain.

Reasons why drinking coffee can be healthy

Experts estimate that people all over the world drink around 2.25 billion cups of coffee every day. Many people drink coffee for an energy boost, but coffee has other potential health benefits:

Drinking coffee in moderation is important because too much of it can negatively affect your health. To maintain a healthy heart and a normal blood pressure, you must avoid drinking over six cups of coffee in a day. Drinking too much coffee can also cause anxiety, agitation, headache, and ringing in the ears. You should also be watchful of the add-ons you put in your coffee. Cream, sugar, sweeteners, and flavoring ingredients can add calories and fat, which can also negatively affect your health.