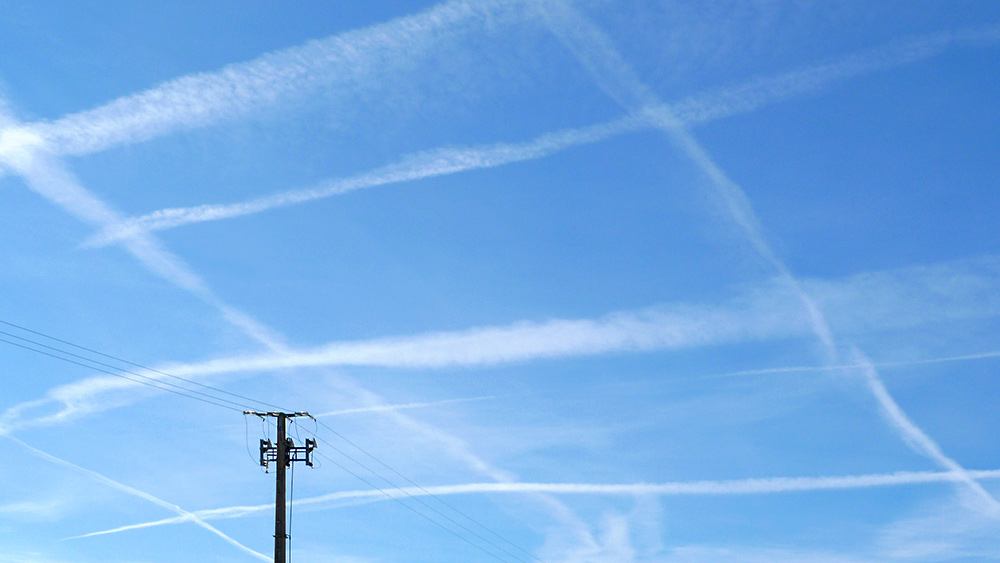 During a recent appearance on “The Joe Rogan Experience,” whistleblower Edward Snowden went on an oddly defensive rant against the existence of “chemtrails,” also known as geoengineering, claiming that he’s never been able to find any evidence that the government is spraying our skies with toxic chemicals.

A former employee of the Central Intelligence Agency (CIA) and contractor for the National Security Agency (NSA), Snowden gained worldwide fame for his role in exposing the deep state’s illicit spying and surveillance activities against Americans. However, when it comes to geoengineering, Snowden strangely endorses the official government narrative that it’s not a real thing – even though the government admits in its own official documents that chemtrails are real.

In Snowden’s bizarre view, chemtrails are somehow “not a thing,” but “climate change is real” – his words, not ours. Snowden even went so far as to call the idea of chemtrails a crazy “conspiracy theory,” insisting that people who believe they’re real are simply grasping for some kind of meaning in their lives.

“Everybody wants to believe in conspiracy theories because it helps life make sense,” Snowden told Rogan and his listening audience. “It helps us believe that somebody is in control, that somebody is calling the shots.”

These patronizing suggestions by Snowden are the type of thing you’d expect to hear from the talking-heads over at CNN or MSNBC, not from a supposed whistleblower whose quest for truth made him a criminal in the eyes of the federal government.

What’s further anomalous is the fact that Rogan is, in many ways, a “conspiracy theorist” himself, this being the gist of his program. But when it comes to chemtrails, Rogan says he agrees with Snowden that they’re just a wild conspiracy theory, denying the plethora of evidence that proves their existence.

“When you burn jet fuel, it creates moisture. And when you create moisture out of that burning jet fuel and it changes the temperature of the air as it passes through like that, you literally create a cloud,” Rogan rebutted when discussing with one of his guests the belief among some people that contrails and chemtrails differ in terms of how they spread and persist in the sky.

“And so, when people are looking at that and they’re thinking, ‘oh, the government is spraying us with fake clouds’ – it’s very easy to think that. And this does not mean that they haven’t done tests and really unethical things with spraying aerosols from planes. We know they have.”

And yet, in his very next breath, Rogan went on to contend that chemtrails are fake, adding that the government isn’t spraying people on purpose, in his view. According to Rogan, geoengineering is somehow just a giant accident that happens whenever jets fly from one point to another.

“People say, ‘well, are they geoengineering?’ No, but yes. So, here’s the reality. The reality is, even though it’s just an accidental byproduct of jet travel, it does change the environment, and it is geoengineering. But it’s not on purpose,” Rogan stated.

It’s difficult to comprehend how Rogan can hold to such a view, seeing as how Stratospheric Aerosol Injection (SAI) is a known method of seeding the stratosphere with particles that, according to the government, can help reflect the sun’s heat in much the same way that volcanic eruptions do – all to prevent global warming, of course.

At best, Joe Rogan and Edward Snowden are simply ignorant when it comes to this subject. At worst, they’re disinformation agents trying to keep a lid on the government’s intentional geoengineering efforts – but the question remains: Why might they be trying to do this?

Be sure to watch the full Banned.video clip of Rogan and Snowden at Newswars.com.