Uncensored and Independent Media News
Home
Health Freedom
Second Amendment
Prepping
Survival
Censorship
Subscribe
SHOP
Popular Articles
The murder of the 9 Americans was a Calexit hit with the help of the Mexican government and the UN
11/12/2019 / By News Editors / Comments
Bypass censorship by sharing this link: 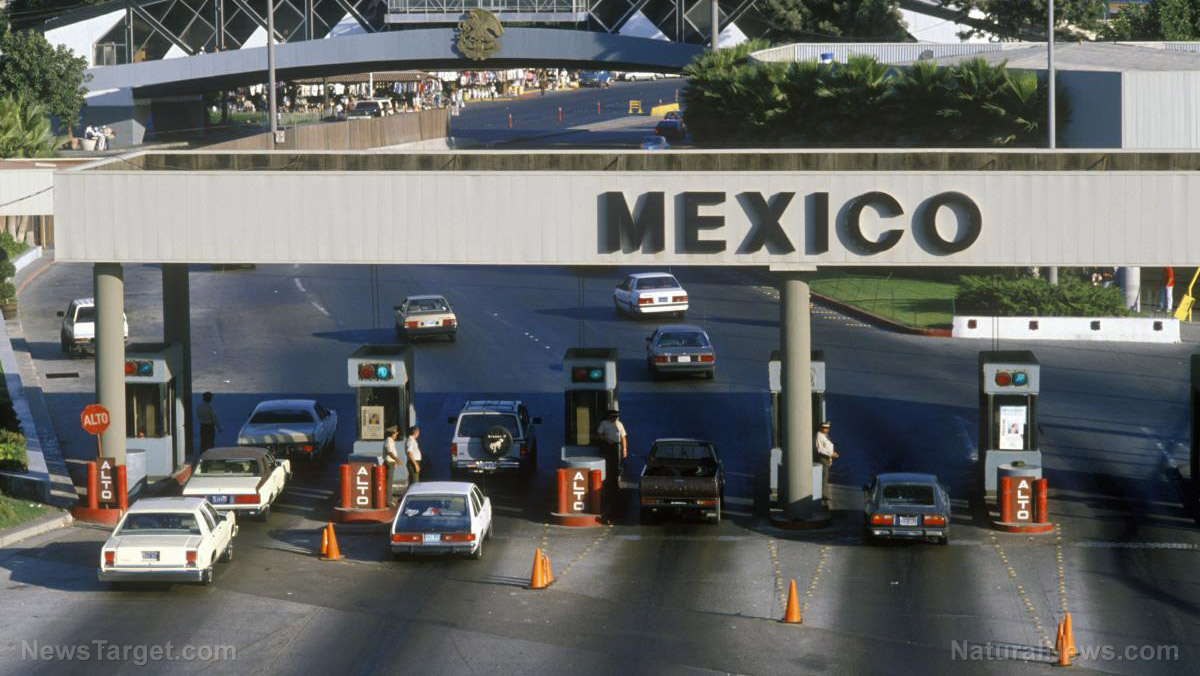 There reactions to the heinous murders of 9 American citizens in Northern Mexico are uniformly condemning of this Satanic-related crime. Yes, Satanic, indeed. There are multiple dimensions to this crime and they include the following:

1. The physical realm in which opposing forces are committed to a level of violence in order to gain a political advantage.

2. The spiritual realm in which the forces of evil have overtaken certain biological entities that we used to call human and these demonically possessed indivduals are carrying out horrific crimes in the name of Satan.

3. Of course, it’s Mexico, and the cartels are deeply involved. This event was clearly a cartel incident among other things.

Mexico in in danger of losing its Christian heritage as expressed through the Catholic Church. The Catholic leadership, from the top down, has foresaken their time-honored devotion to Jesus. We are seeing calls for the blending of Christianity and Islam in what is being called by the Pope as Chrislam. We seeing Satanic statues appearing through out Italy. If I were Catholic, I would be concerned that my church leadership has joined the other side, the dark side. LA Marzulli expressed the evil side of what is happening from a spiritual perspective, inside of Mexico, in the following statement.

I won’t be visiting Mexico anymore.

Mexico could be an incredible destination! Its endless coastline with pristine beaches could be developed, sadly most of them are not. Mexico’s ancient ruins are an ongoing attraction. Places like Teotijuacan—where I filmed and spent the day—are a must-see. However, there is no rule of law there and, in my opinion, the country is ruled by the drug cartels, so I won’t be going back any time soon.

It’s just not safe to go there and coupled with the insanity and corruption that goes hand in hand with the drug trade is the worship of ancient demon gods. As seen from the grisly picture above, there are altars that are set up and offerings are made to an ancient principality that has ruled over the area for millennia.

I would posit this is the same “diety” that the Mayans sacrificed thousands of people too in a ritualistic slaughter. In our recent interview with Battle-buddy Russ Dizdar, he addressed this!

In our latest film in the On the Trail of the Nephilim series, we show the Mayan elders coming to our country with the 13 Crystal skulls. They perform a ritual at the Great Serpent Mound in Ohio! Can you believe it? They know what the serpent mound is and that’s why they went there.

We show them chanting which I believe opened a portal or a doorway to let “the old ones”—think Fallen angels—back in. The place is demonically charged! Heck, it’s an effigy of a  serpent so what do you expect?

The UN, the Cartels, the Mexican Government Conspire to Bait Trump Into a War

The murder of the 9 American citizens was baseless, pointless. The Guerros cartel gained nothing by performing this act. So, why did they do it? They were ordered to do it by the Mexican government. The Common Sense Show researcher, Marilyn Rupar, found publications which demonstrated that back in 2014, the Mexican Federal Police Force arrested 43 college students who were protesting the government. The government turned them over to the Guerros and they were all slaughtered. Most of the cartels carry out the desires of the Mexican leaderhip (eg AMLO) so people like Nieto and AMLO can keep their hands clean. So why murder these 9 Americans?

The only reason to murder these 9 Americans was to provoke a war. Please consider the following facts:

1. In April of 2019, the Washington Post reported that the UN was training the newly formed Mexican National Guard for “humanitarian purposes”. The UN is deeply involved in Mexico.

2. For years, there have been repeated reports of Chinese soldiers and an accompanying UN presence near the border. I repeatedly reported on this in 2014 during the last Central American immgration invasion.

3. There exists the UN’s Kigali Principles which Obama signed shortly before leaving office. This allows the UN, on its own say-so to enter into any conflict or civil disturbance militarily.

These combined facts make it clear to many in federal law enforcement that I spoke with that this attack upon this family was designed to force Trump’s hand and order troops to cross the border and the UN, along with their Chinese partners, would spring into action in order to defend the “sovereign” country of Mexico from American imperialistic interventions. In other words this whole process was a set up from the beginning and Trump did not take the bait.

Read more at: TheCommonSenseShow.com and Propaganda.news.