A deadly job is a good job for robots 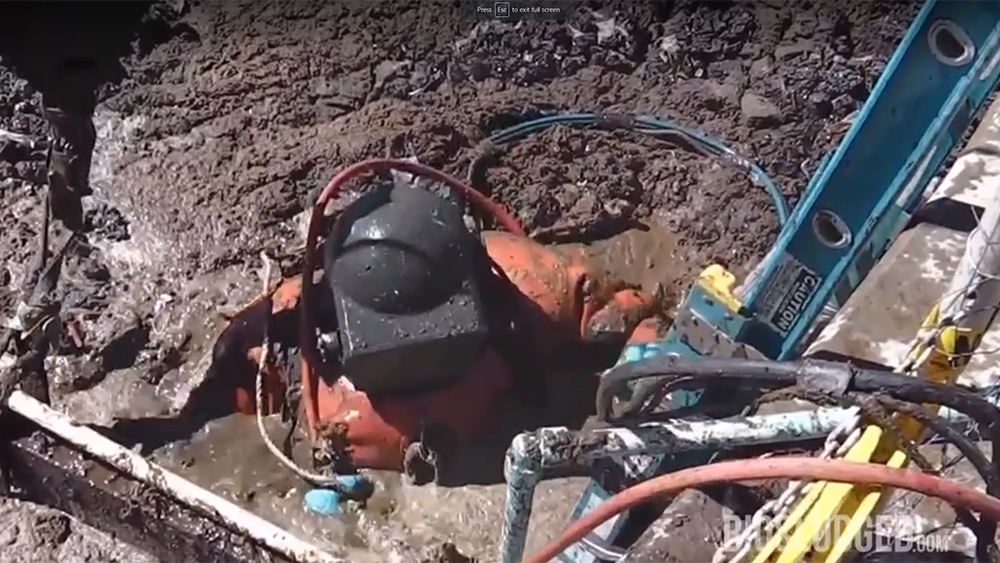 Indian engineers are developing robots that can perform the dangerous job of entering toilets and sewers for manual cleaning. The machines will replace people from the lower castes who continue to ply this trade despite the government banning the practice decades ago.

Hinduism places considerable emphasis on the opposed ideas of purity and pollution. Pious Hindus avoid anything they consider to be filthy, which includes excrement and garbage.

The dirty job of cleaning sanitary sewers and septic tanks go to the Valmiki, a collection of many lower castes in India that traditionally perform these pollution-associated jobs. They dive into sewers without the benefit of protective gear and barely any clothes.

The manual cleaners use buckets to remove sludge from the sewer. They try to finish their job before the toxic chemicals and fumes in the sewage overcome them.

The job is dangerous. Hundreds of Valmiki die every year in this line of work. It is not unusual for a manual scavenger to lose consciousness seconds after he entered a noxious sewer, which often leads to his death.

The Indian government banned the practice of manual sewer cleaning many years ago. However, the country’s caste system hindered the Valmiki from getting any other kind of work, so they persisted with the dirty and deadly job.

The Indian government labored to enforce a ban on manual sewer-cleaning. In the capital city of Delhi, government officials believed that robots might take up the traditional task.

In a meeting with technical institutes and government agencies, social welfare minister Rajendra Pal Gautam brought up the need for a robotic solution to the job of cleaning sewers. He sought the opinions of representatives from the Indian Institutes of Technology (IIT) and Delhi Technological University (DTU) about the possibility of developing a robot to unclog the sewers of Delhi.

Gautam came up with the idea after learning about Bandicoot, a sewer-cleaning robot designed by Kerala-based company Genrobotics. Sponsored by civic bodies in Kerala, Tamil Nadu, and Andhra Pradesh, the robot took over the dangerous job of scooping buckets of toxic sludge from sewers.

Genrobotics also taught manual scavengers how to operate their robotic substitutes. The training program partly compensated for the loss of livelihood among the Valmiki, even as the robots also reduced the dangers to their health and lives.

Genrobotics designed Bandicoot to run in a semi-automatic manner. Its human operator remained on the street near the sewer opening while the robot scooped out the sewage.

“The machine with its many cameras, a robotic arm with 360 degree mobility, and a handy bucket to collect the waste does the work,” the company stated. “The operator is only needed for navigation when the manhole is of nonstandard size or there are multiple sewer lines below.”

Gautam said that the Delhi government was working on halting the dangerous practice of manual scavenging. He expressed confidence in a future robotic system for cleaning sewage systems and septic tanks.

IIT representatives remarked that Bandicoot was designed to operate in the less-crowded regions of Kerala, Tamil Nadu, and Andhra Pradesh. They urged the Delhi Jal Board (DJB) – the agency in charge of the capital’s water supply – consult with Genrobotics on the feasibility of adapting the sewer-cleaning robot to the conditions in Delhi.

“DJB has been asked to constitute a committee for implementation of various methods to use the robots,” they reported. “The government will ensure funds for this purpose.”