NOT The Onion: Hillary Clinton, a demon-occupied skin bag, says Rudy Giuliani has been possessed and taken over by aliens 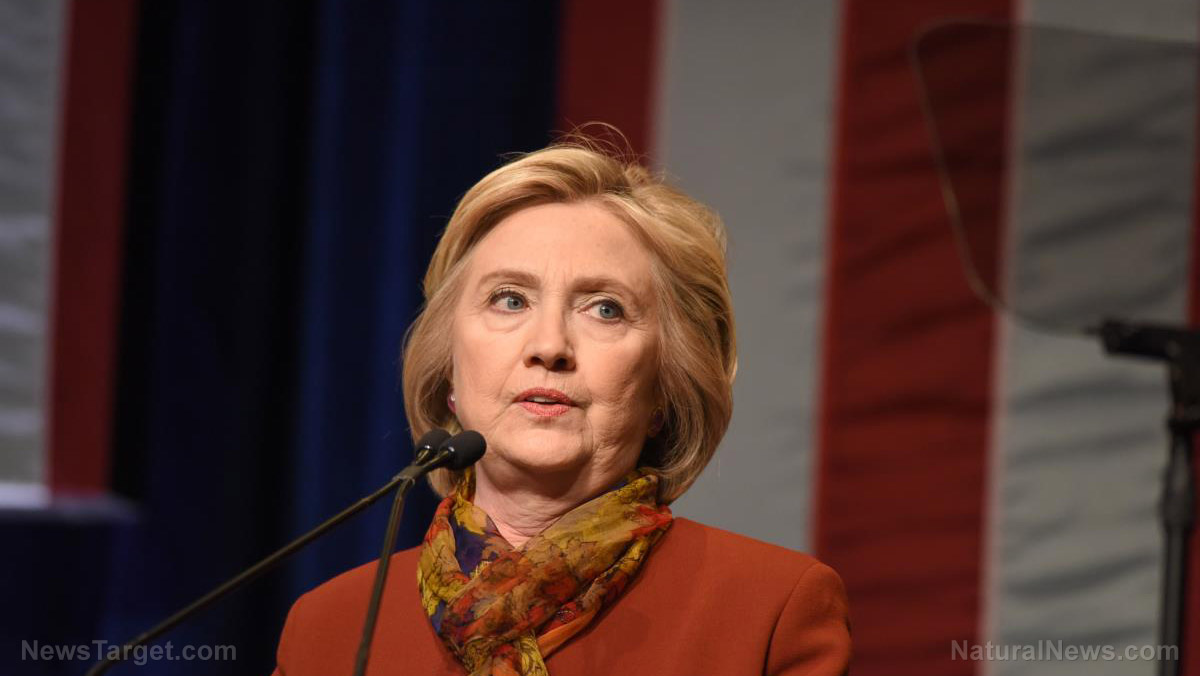 Presidential loser Hillary Clinton is now lashing out against Rudy Giuliani, whom she hilariously claims is possessed by demons.

When asked by James Corden during a recent appearance on his “Late Late Show” about “what happened” to Giuliani now that he’s working for President Trump, Hillary told Corden that she thinks “aliens have seized [Giuliani’s] brain.”

Establishment talking-heads like Hillary and Corden obviously don’t approve of the legal relationship between Giuliani and Trump. Hillary is also upset that Giuliani has called her out by name, which is why she’s childishly trying to divert it all back on him.

“Of course, the internet started putting pictures of me standing next to him,” Hillary cackled, referring to photo evidence that she was present at Ground Zero following the 9/11 terrorist attacks back in 2001.

“So I’m looking at that and I’m thinking, ‘Truly he’s been possessed,'” Hillary went on to state, adding, “I don’t understand when it happened but it is a very clear case of a man who has gone over the edge. Probably pushed.”

Presumably as part of her book-selling tour, Hillary was joined by her alleged daughter Chelsea who was seen fake smiling and nodding at everything Hillary was saying before herself interjecting, “We need an exorcism,” referring to Giuliani.

Corden laughed, as did the laugh track in the background, and added that performing an exorcism on Giuliani would be a “great taped bit” to “pull the demons from him.”

For more related news about Hillary Clinton’s mental derangement, be sure to check out Clinton.news.

Hillary Clinton belongs in prison, or at the very least an insane asylum

Hillary and Chelsea also appeared on “The Late Show” with Stephen Colbert to offer a similar analysis on Giuliani’s spiritual health.

According to Hillary, Giuliani has provided little evidence that he’s qualified to be involved in America’s foreign policy. She also quipped about how Giuliani supposedly doesn’t think things through before doing them.

“Presidents often use, as do secretaries of states, they might use an envoy or a special adviser to deliver a message. But again, it is supposed to be carefully thought through,” Hillary told Colbert.

“And from what we’ve seen on television, carefully thinking through is not one of Rudy’s strong points,” she further sniped.

Much of this animosity stems from Hillary’s outrage over Giuliani’s accusation on Twitter that she’s “protected and immune” from scrutiny because of her last name.

“(The Washington Post), NBC, and CNN are going after me because I’m the messenger, and covering up the message, Dem corruption,” Giuliani further tweeted.

“Meanwhile, they have yet to ask Biden difficult questions because he is protected and immune like the Clintons and crooked Clinton Foundation!” was his full quote against Clinton.

Giuliani is obviously right, which is why Hillary, and by proxy Chelsea, are livid. Like cockroaches, these two can’t handle having the light shined on their actions, and thus flail with anger every time someone dares to cross them.

Hillary and Chelsea continue to be welcomed on shows like “The View” and “The Rachel Maddow Show” where they’re promoting the new book they “co-wrote.” Desperate for cash, these Clinton women have to sell more books, otherwise they’ll eventually end up on the streets.

“When a black suburban with tinted windows and government plates pulls up to her compound and deploys as many officers as arrested Mr. (Roger) Stone … When they read her her rights … When they slap on the handcuffs with that loud ratchety sound … When they put their hand on her head as she waddles into the back seat … When that suburban heads down the driveway to the booking station for the perp walk … Then I can die a happy American,” wrote another.