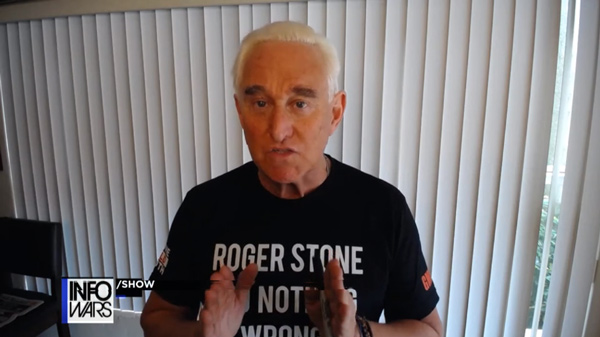 Judge Amy Berman Jackson says she will not stop people with “opinions about Trump” or even federal workers from being prospective jurors on Roger Stone’s criminal trial, according to reports.

“At the outset of Tuesday’s proceedings, Jackson said she would not agree to strike prospective jurors just because they work for the federal government or because they have opinions about Trump,” reports Reuters.

Jackson has already denied Stone’s lawyers from trying to stop the selection of a woman who previously served for the Office of Management and Budget under President Obama – and whose husband still works for the Justice Department division that played a roll in the Russia probe that targeted Stone.

Roger Stone Arrives In Court Ahead Of Rigged Trial By Democrats Attempting To Throw An Innocent Man In Jail https://t.co/s6LBmVcrIN

“She said credibly she doesn’t have an opinion on this case,” said Jackson to Stone’s lawyers.

This warped precedent is setting the stage for Stone to face a Deep State jury in a trial that could last for two weeks.

Rex Jones is on the scene with Owen:

Owen Shroyer and Rex Jones talk with a Democrat apologist in Washington, D.C.