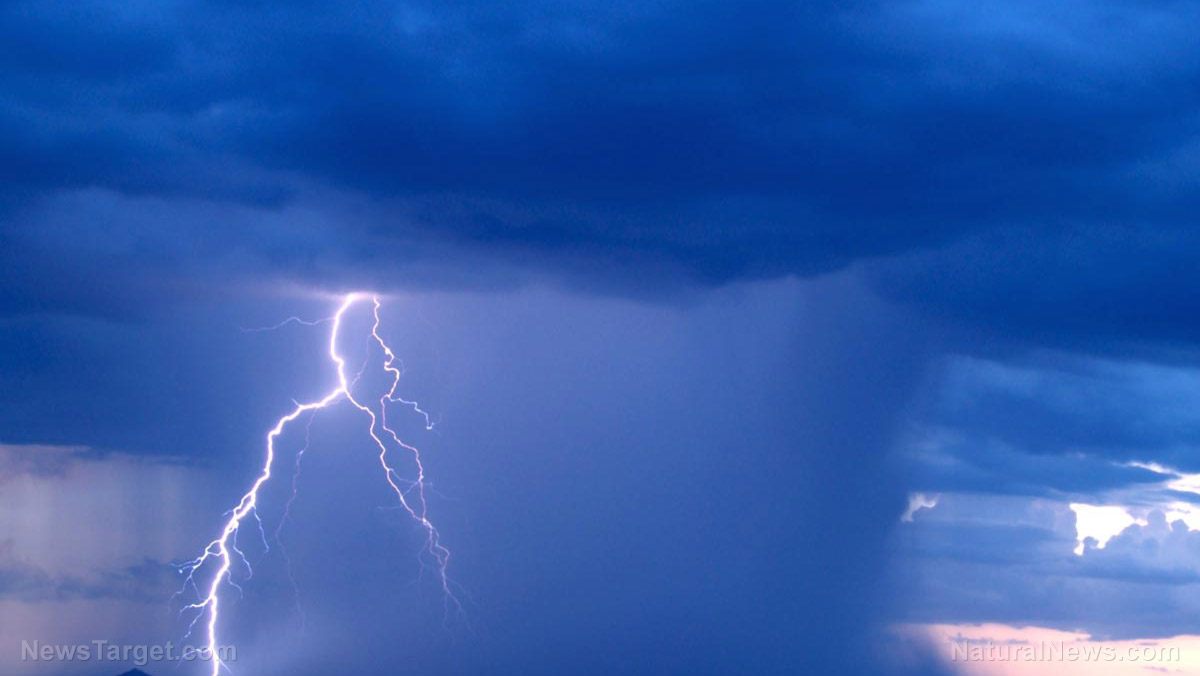 Yes, lightning may strike the same place twice. Dutch researchers have identified a new characteristic in the atmospheric discharge that may account for that ability to hit a location more than once.

Thanks to the Low Frequency Array (LOFAR) radio telescope, the researchers got a very close look at the unseen details of lightning strikes throughout northern Europe. They used data from thousands of antenna in half a dozen countries.

LOFAR scanned the channels where electrical charges passed during a lightning strike. The radio telescope found new structures that Dutch researchers from the University of Groningen dubbed “needles.”

These needles collected the excess electrical charge that the initial lightning strike failed to unleash. The research team found that the charged needles may trigger a second strike through the same channel.

Developed for radio astronomy work, LOFAR scanned the VHF (very high frequency) band of the electromagnetic spectrum. Lightning happened to take place within this same band, allowing LOFAR to research the atmospheric activity as accurately as it did the distant universe. (Related: Weather control technology now using lasers to cause rainstorms and lightning.)

“The reason why the needles have never been seen before lies in the ‘supreme capabilities’ of LOFAR,” explained Groningen researcher Olaf Scholten. “This finding is in sharp contrast to the present picture, in which the charge flows along plasma channels directly from one part of the cloud to another, or to the ground.”

Lightning is born when strong atmospheric drafts produce static electricity within big storm clouds. Some areas in the cloud gain a positive charge while other sections develop a negative charge. Once the charge separation reaches critical levels, the cloud forcefully discharges electricity in a lightning strike.

However, even a powerful lightning strike may not eliminate all of the charged electrons passing through the channels. The remaining charge stays inside the needle structures.

“These needles can have a length of 100 metres (330 ft) and a diameter of less than five metres (16 ft) – and are too small and too short-lived for other lightning detection systems,” explained Groningen researcher Dr. Brian Hare, the lead author of the study.

By peering through the VHF lens of the LOFAR radio telescope, Hare and Scholten’s team identified the primary processes involved in the formation of lightning. The radio waves gave them a good look at the inside of a thundercloud that holds most of the electric charge.

Earlier studies have shown that the expanding tips of the negatively charged channels produced VHF emissions. However, the positive charges appeared on the sides of the channel.

The Groningen researchers fed the LOFAR data into a new computer algorithm. The resulting visual model made it possible for them to compare the VHF radio emissions of two lightning strikes.

They also tracked down the exact locations of VHF emissions. The researchers achieved unprecedented accuracy thanks to the time stamp on the data from the LOFAR array.

Scholten noted that they achieved a spatial accuracy of three feet (one meter) in lightning strikes that took place within the core region of LOFAR that contained most of its antenna.

They also localized many more VHF sources than other 3D imaging systems would have found. Their data permitted temporal resolutions in the nanosecond range, allowing them to produce high-resolution 3D images of the lightning strike.

Scholten concluded that the VHF emissions running along the positive channel came from routine and recurring discharges in the newly discovered side channels. The so-called needles depleted the stored electrical charge in pulses, allowing for a second lightning strike to hit the same place as the first one.