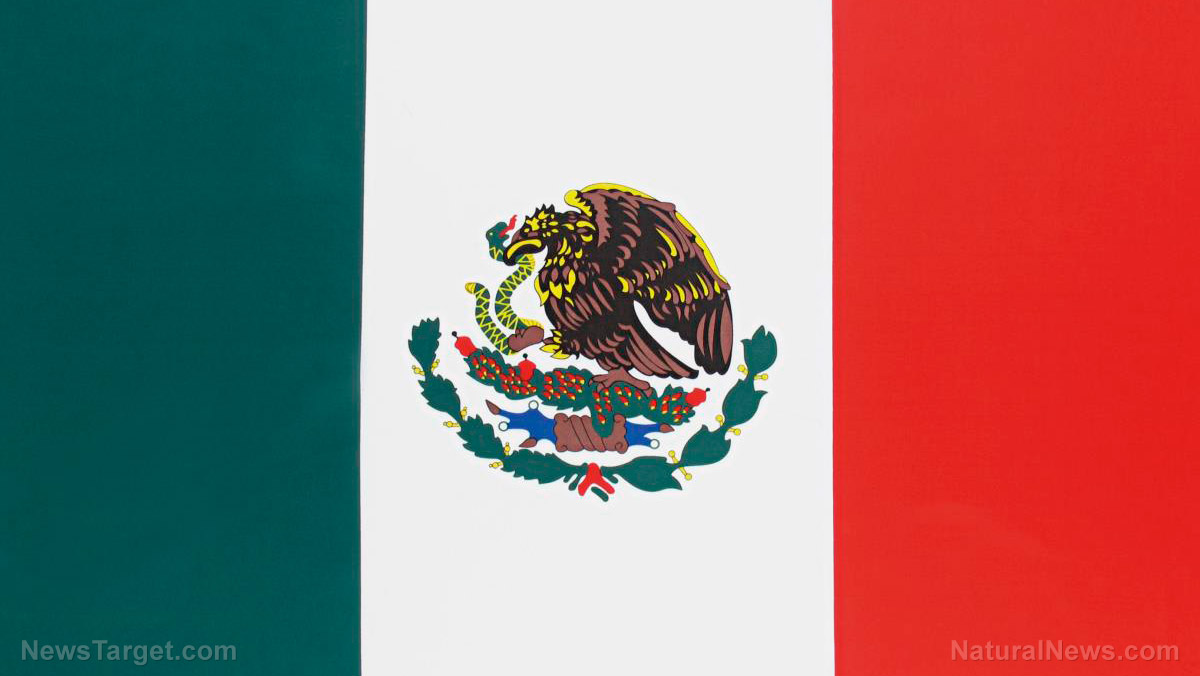 The United States might be swirling the toilet in shameless decadence and unprecedented moral decline, but our neighbors to the south are joining the other side of the culture war as they fight to save their country from the destructive rot of liberalism.

“We want to give voice to the voiceless,” he emphasized, lamenting the fact that Mexico continues to be oppressed by organized drug cartels and a “culture of death” that’s separating families. “We want to embrace Mexico and say strongly and clearly, ‘Not one less Mexican.'”

Believe it or not, abortion is actually illegal in Mexico, though globalist influences are trying to change that. Some Mexican politicians are also pushing to join the U.S. in redefining marriage and what it means to be a family by indoctrinating schoolchildren into transgender ideology, while simultaneously censoring all free speech that contradicts this agenda.

“It is ironic that our politicians want to worsen the crimes being committed by the drug cartels by seeking to legalize abortion,” Cortés further noted.

For more related news about how leftists invade positions of power in order to radically transform society and the world into their godless image, visit LiberalMob.com.

As usual, George Soros is behind the effort to transform Mexico into a godless cesspool of evil just like the United States

Back in 2015, the Supreme Court of Mexico ruled that defining marriage as the union of one man and one woman is “discriminatory” and “unconstitutional” because using “procreation” as the basis and purpose for marriage restricts same-sex couples from receiving the same civic and cultural benefits as normal couples.

Now, the government is working towards doing the same thing with abortion and transgenderism, with the help of the International Planned Parenthood Federation, as well as its Mexican affiliates such as the Mexican Family Planning Foundation (MEXFAM).

As you might expect, George Soros and his “Open Society” foundation are also helping to fund these efforts to further corrupt Mexico and turn it into just another godless cesspool of evil, which is pretty much what the United States has now become.

“Mexico doesn’t need more of the culture of death,” declared marchers all across Mexico City as they protested these nefarious efforts by the globalists to destroy Mexican culture and society. “All of us must work not only to stop the madness of organized crime, in all of its facets, but also build an authentic culture of life.”

“For this to happen, it is necessary to start with the family, the basic cell of society, in which life is not only created, but where it must be welcomed and cared for throughout its life cycle and continuously strengthened through a good education,” the marchers further declared.

According to local media reports, Cortés and other dedicated members of FNF were successfully able to deliver their declaration in writing to the office of Mexican President Andrés Manuel López Obrador. The hope is obviously that he will take it to heart, and do his part to stop this onslaught of leftism from obliterating Mexico.

“Authentic democracy will only be possible when fundamental freedoms for conscience and belief are respected, as well as parents’ freedom to educate their children,” Cortés says.

For more related stories about the engineered moral decline of Mexico, the United States, and other sovereign nations, be sure to visit Evil.news.